Doug Furnas dies in his sleep 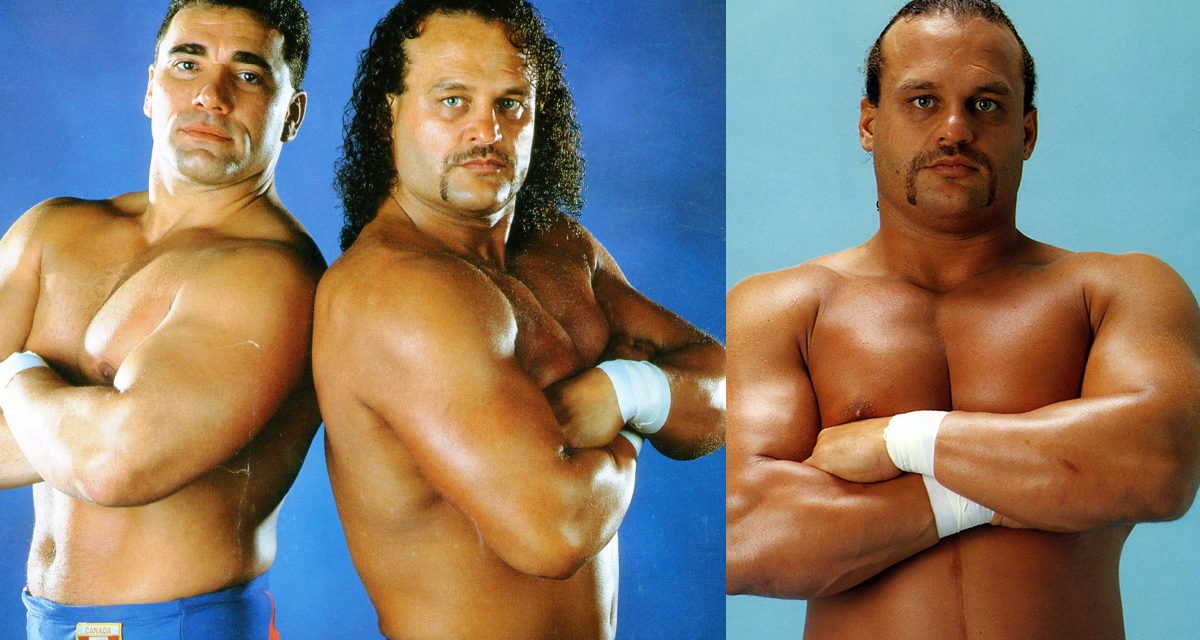 Doug Furnas, a standout football player and powerlifter turned pro wrestler, died in his sleep on March 2nd in his home in Tuscon, Arizona, confirmed his sister.

Furnas, who achieved the most acclaim in professional wrestling as the tag team partner of Dan Kroffat (Phil Lafon) as the Can-Am Express, had faced numerous health challenges following the end of his in-ring career. 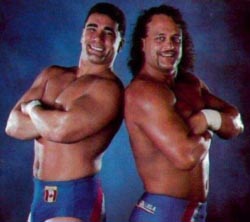 Phil Lafon and Doug Furnas during their WWF run.

However, at the peak of his career, he was an awesome physical specimen.

“It was almost like he was chiseled like a Greek god. He had those huge legs, unbelievable,” said his friend Davey Haskins, who was a roommate in Knoxville, Tennessee, when he was wrestling as Davey Rich.

Pam Gray, one of three sisters of Doug Furnas, said that her brother had Parkinson’s Disease, but that it was far too early for doctors to know what happened.

“They’re not for sure yet, but that certainly contributed to it,” Gray told SLAM! Wrestling on Sunday.

Haskins had gotten back in touch with Furnas over the last half-dozen years, and saw him last July.

Furnas was raised on a farm in Miami, Oklahoma, with his three sisters, and brother, Michael, who also played football at the University of Tennessee and briefly dabbled in pro wrestling. He excelled in rodeo in high school, as well as on the gridiron.

After getting into pro wrestling in Knoxville, where he went to University, Furnas got a chance to go to Japan and made a career there, primarily teamed with Lafond. All-Japan promoter Giant Shohei Baba paired up the duo.

“I was the worker, Doug was the manager. That’s how basically it worked,” said Lafon in The Pro Wrestling Hall of Fame: The Tag Teams. “It kind of backfired on me because when Doug and I separated, he did all the calls, he knew all the numbers and all that, and I didn’t have any of them. I didn’t know who to deal with.”

In late 1996, Furnas and Lafon joined the WWE, working often with Davey Boy Smith and Owen Hart. Their WWF stint came to an abrupt end on June 15, 1997 when they were in a car accident with Psycho Sid (Vicious) and Flash Funk (Too Cold Scorpio). “Sid was driving, I was on the passenger side. Flash Funk was in the back with Doug. We just basically lost control. He went to put up the sun roof and he lost control. He hit the soft shoulder and rolled about four or five times. I’m saying four or five times, but I woke up in a hospital,” Lafond said. Years earlier, Furnas had to sit out his junior year in high school after a car accident put him out of action.

Harry Smith, the son of Davey Boy, was a fan, and paid tribute to Furnas on his Facebook page: “One half of one of the greatest teams ever with Phil Lafon. My favorite tag match probably still to this day is Furnas and Kroffat vs. Kikuchi and Kobashi. Wrestling Observer tag team match of the year 1992. Great drop kick and Frankensteiner too!”

He is being cremated in Tuscon and will be honored this coming weekend in Oklahoma.

“We’re certainly expecting a lot of people,” said Gray, explaining the choice of the Commerce, Oklahoma high school gymnasium for the visitation on Friday (6 p.m.) and the funeral on Saturday (2 p.m.)

“He did well, lived a good life,” said Gray.

Doug Furnas is survived by his wife, Martha; his parents, who are approaching their 60th wedding anniversary; sisters Lawayne, Pam, and Terri; brother Michael; and numerous nieces and nephews.

The family is requesting that donations in Doug Furnas’ name be made to the Sports Legacy Institute.