Daivari excited to be a part of TigerFest

Ontario wrestling fans are in for a real treat, as they have a chance to come down to Brampton, and take in some great wrestling action, but also be part of an even greater cause.

Tigerfest, which is run by wrestling legend Tiger Jeet Singh and his son, former WWE Superstar Tiger Ali Singh, is a charity wrestling event, combined with a free Top 40 concert. This exhibition, held on September 24, will coincide with Brampton Day, and has been known to attract diverse audiences. 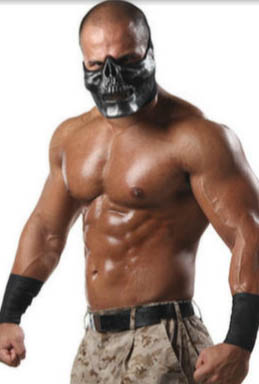 One of the performers at Tigerfest will be former WWE and TNA star, Shawn Daivari. And he can’t wait.

“Thus far, my interaction with the Tigers has been just by phone and e-mail. They are such professionals,” Daivari said. “This is not just some rinky-dink dog and pony show.”

Daivari was under contract with the WWE, during their holiday trips to the Middle East, where the Superstars would perform for the brave men and women of the U.S. military. He never got to go himself, but he remembers one particular charity that he was involved in, which really touched him.

“Different people are affected by different circumstances, at different times of the year, in different parts of the world. There was one charity called Operation Uplink, which I thought was fantastic,” Daivari said. “For those people who had family members deployed overseas, they were given the opportunity to stay in touch with their loved ones, and were provided with calling cards, instead of racking up $100-$1,000s in phone bills. That kind of thing really spoke out to me, and I thought it did really well. I wrestled for less than my booking price on those shows, cause I wanted them to be able to put more money toward calling cards than payroll.”

Tigerfest, sponsored by Scotia Bank and Century 21 New Star Realty, kicks off at 2 p.m. with Tigers High School Challenge, involving the top student athletes from all six Peel Region high schools. They will be participating in a series of drills and competitions.

From there, Brampton’s Brand Ambassadors RDB and Nindy Kaur will join recording artist Prita Chhabra to perform live on the main stage, between 3 p.m. and 5 p.m. Bell time is 5 p.m.

The matches for the event are free, but a minimum donation of $10 will be required, to gain entry into the VIP area.

Daivari says he’s thrilled to perform for the fans in Ontario, but also realizes that he has to make a living as well. 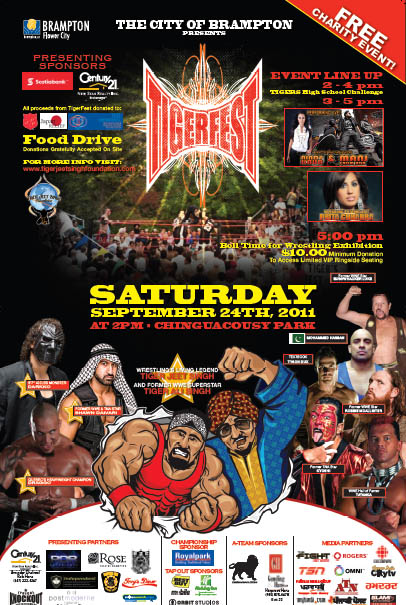 “Fans are more forgiving of crap wrestling on an indy level, so I think they’ll be blown away with the production the Tigers are going to put on,” Daivari said. “Everyone in this business generally loves their job. But at the end of the day, it is a job, and I’d be lying if I said I’ll wrestle just for the love of it. If this is your career, you get paid for it. And it’s how I earn my living. I’m just fortunate to love my job, and I’m able to pay my bills by doing something I love.”

For those in the Brampton area, be sure to check out Tigerfest on September 24, at Chinguacousy Park, 9050 Bramalea Rd. tigerjeetsinghfoundation.com.