Atlantic Canada’s indy wrestling scene has dipped back in time, reviving its own version of the territory system that dominated North America before Vince McMahon took over the business.

“I’ve been trying to coordinate a territory system in Atlantic Canada for years now where promoters respect boundaries and work together,” said wrestler and leader behind the scenes “Kowboy” Mike Hughes. 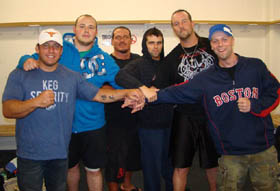 Board members have already voted on an Alliance Heavyweight, Women’s and Tag Team champions, with Hughes, Cherry Bomb, and the combo of “Commercial Free” Sexton Phoenix & “Dynamite” Dylan Davis holding those belts. The titles will be recognized and defended in members’ companies and future titleholders will continue to be voted on by members, in the mold of the NWA. 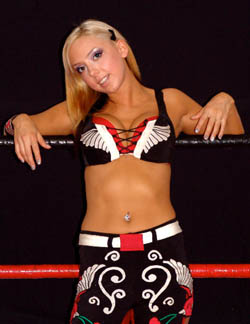 “As opposed to using primarily ex-WWE or other major promotion talent, we’re essentially building our own home-grown talent as the marquee performers,” said NBW booker Troy Merrick. “With the proper advertising and promotion, we’ve already managed to establish key players in the territory and will continue to do so. The idea of the territory championship adds importance to whomever it is placed on. Each promotion will also have it’s own regional champions, as well.”

Hughes has been working on this for years in the hopes of sharing talent, coordinating shows to help travel costs, and stringing together six to 10 shows together to get better deals on name talent.

“We all help each other with booking shows, graphic design for posters, media releases, talent exchange and business plans,” said Hughes, noting members meet at each others’ shows.

Those involved also hope to improve the product and have rejected allowing into their fold any organizations they don’t feel meet their standards.

“We want to get rid of all the backyarders who are killing the business I love,” said Hughes. 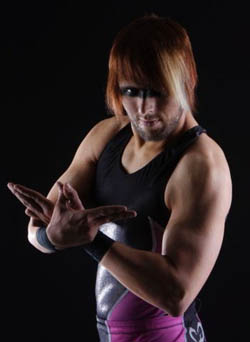 “Commercial Free” Sexton Phoenix, half of the tag team champions.

He believed the trend of these “backyarders” to hire, say, six 50- to 60-year-old ex-WWF stars and surround them with untrained performers has hurt the indy business. Hughes said he has all the respect in the world for the men who laid the foundation for the business, but that there’s a right and wrong way to bring them in.

Using name talent as an attraction to get fans in the building to see your own lesser known talent helps grow interest in the product; showcasing those names in order to “cover up the fact you have six other fat and skinny kids with no training” only sours the fans on indy wrestling, Hughes explained.

“I’ve had some former WWF guys say, ‘Just take the money and run; another mark will start after this guy,'” Hughes said. “It burns the fans, though, and takes three to four more years for business to recover. Then the young guys who want to learn properly don’t get a chance.”

The territory union has at least a couple basic rules in place and more may follow: one, the obvious, is for members not to promote in other members’ defined territory; another is that if a wrestler works for an outside promoter putting on a show in a member’s territory, that wrestler will no longer be welcome to work for any of the member promotions.

LCW is a big believer in Hughes. After opening its doors in 2009, the promotion targeted Hughes as someone it needed to bring in.

“After multiple tours with us, we started discussing what it would be like to have ‘territory wrestling’ alive and well again. When Mike suggested that we take it to the next step, we were all over it,” said Clarke.

The agreement has worked out very well so far, and the majority of the wrestlers work consistently for all three offices, Clarke said.

“It keeps the boys happy as well, as they get a lot more work. This agreement actually thrives on the best talent that Atlantic Canada has, and eliminates the marks who should be nowhere near this industry,” Clarke said.

“We’re all very excited about the resurgence of the Atlantic provinces as a territory,” said Merrick.

“Why fight with each other when we all have the same goal?” Hughes asked. “Promote quality shows with quality workers. Preserve the longevity of our business the way it is suppose to be. At a time when WWE is rumoured to take the word ‘wrestling’ out of their name, we want to put more wrestling and the art form of story telling back in the ring.”

Hughes believes he only has three or four more years left in the ring as a wrestler and this vision is something he’d like to leave behind.

“The Beast, Cuban [Assassin], Robbie Brookside, were all mentors that set a standard for me in this job. I’d like to uphold it.”

CWI GOES EAST
Maritime mat fanatics will be spoiled this summer, getting more live events than they can shake a folded steel chair at.