Hernandez has grown into a leader

In 2004, as a member of Jeff Jarrett’s Elite Guard, Shawn Hernandez was simply a follower. Flash forward to today, and Hernandez is the leader of Mexican America, a new faction that he says will soon be seen as the most dominant one in the company.

“You haven’t seen anything like it,” he told SLAM! Wrestling, about the foursome that also includes Sarita, Rosita and the newest member Anarquia. “It’s the greatest. We bring so much on paper, and a lot more when we’re out there. We will be the most dominant group in TNA.” 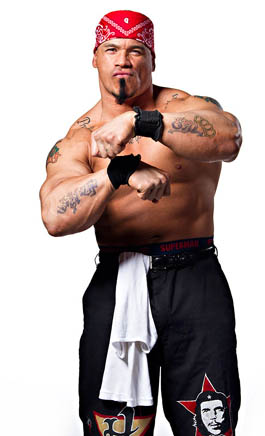 He’s particularly complimentary about Sarita in describing the factors that will make that prediction come true.

“Sarita wrestles circles around any girl here,” he said. “She’s probably the most underrated Knockout we have in terms of looks, in-ring talent and, surprisingly, mic skills. Even if she’s Mexican by proxy,” he said, acknowledging Sarita’s actual Canadian roots, “still, I am more than pleased to have her part of Mexican America.”

This isn’t the first time that Hernandez has been a part of a pro-Hispanic faction. Between 2006 and 2008, he was part of the Latin American XChange (LAX) with Homicide. Together, the two captured the tag team championship on a number of occasions, and in doing so, became one of, if not the hottest property in TNA. While not dismissing the success of that team, Hernandez wants to make it clear that the motivations for Mexican American are somewhat different.

“(LAX) was more of a militant style. With Mexican America, we’re just making society, the United States society, aware of the truth. The truth is that Mexicans are 80% of the Hispanic population in the United States. It’s a fact. The richest man in the world is from Mexico. That’s a fact. The more white America doesn’t think about it, the more we’re going to put it right in their face.” 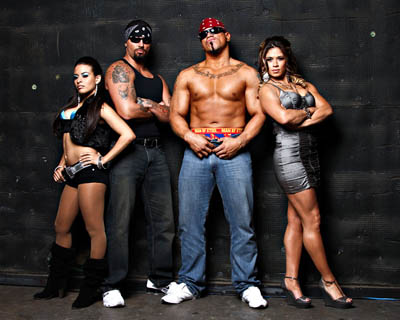 As it does draw on real-life politics to a large extent, the faction has been generating a lot of reaction from fans, both positive and negative. It could be a daunting task to be the spokesman for such a potentially volatile group, but Hernandez says he has the confidence to carry it out. It was a confidence that he had to regain after returning from TNA after a few absences over the recent years, when he was competing in Mexico.

“When I came back,” he remembered, “it was like being a rookie all over again. There was a different regime with a different style, newer faces, even a new ring. Plus, we went from more of an in-ring product as opposed to more promo and mic work. Before I left, there was more emphasis on in-ring work. Now it’s both.”

“What helped (me adjust) is confidence. When I was in Mexico, I was wrestling three to five times a week, regularly in front of 10,000 fans. You don’t have time to think about it, you just go out there and do it. You have no choice.”

Bob Kapur has been to Tijuana twice, and it was never as fun as they make it to be on TV. That’s why he’ll stick with the Great White North, thank you very much. E-mail him your proud Canadian stories at bobkapur@hotmail.com.