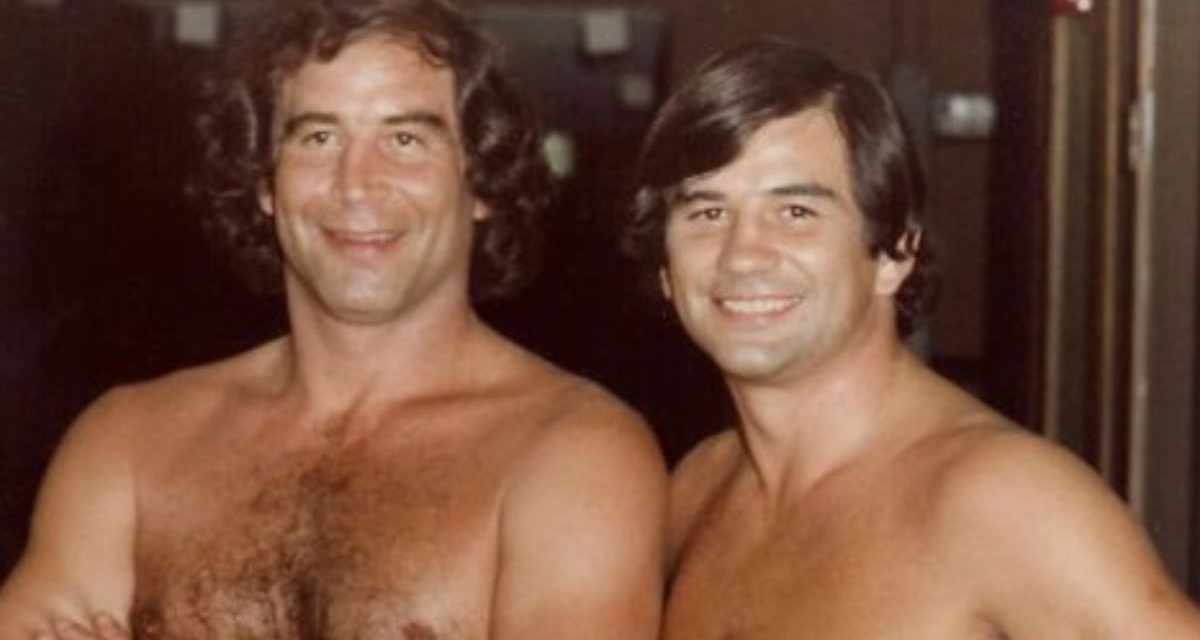 Gerry Brisco doesn’t miss the day to day stress of being a WWE road agent. But he can’t say that he misses the road, because he’s still on it, as an amateur wrestling scout for the company that no longer wants “wrestling” in its title. 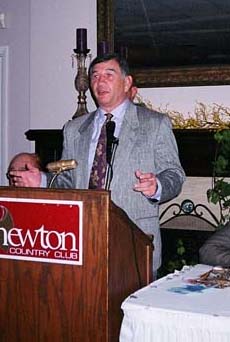 Gerald Brisco at the podium in Newton at the International Wrestling Museum.

It’s a position created out of necessity, both Brisco’s need for a lighter schedule following a heart scare in mid-2009, and WWE’s need to find new “superstars.”

Brisco took the time to talk a little about his new job — approved and encouraged by WWE honcho Vince McMahon — during a recent break at the NCAA Division II wrestling championships in Iowa. 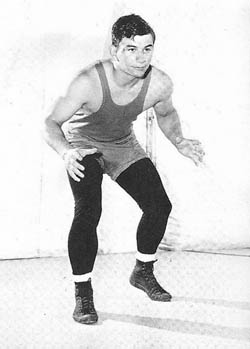 For the man who directed the likes of Brock Lesnar and Shelton Benjamin to WWE, it’s natural that many people wonder: “What do you look for?”

“Everybody asks that. I just look for, just the way the guy walks on the mat, the way he carries himself, the way he handles himself during the match, watch his expression when he wins or loses. Just kind of body language is really what I look for. There’s no set pattern, you just look at the body language,” Brisco explained.

There’s no real science to it, and the program and a notebook are key tools.

“If I see somebody, I’ll write his name down and try to get a hold of the coach, and talk to the coach a little bit about the kid, see if he has any personality, and if he does, I’ll give him a phone call and talk to him a little bit and see what his interests are,” he said.

And the actual makeup of the graduating classes change each year, he said. Unlike, say, college basketball where the stars are one-and-done, university wrestlers generally stay until their senior years. This year, Brisco noticed that there were more juniors competing at the top levels, compared to 2010, when there were more seniors.

“It’s a young year, but we’re brand new at this,” he said. “It’s an experiment. I really applaud Vince for doing it. It’s a progressive way to do it. We’ve never had anybody do this before, just kind of get out and beat the bushes. Mostly, it’s just making contacts the first couple of years, letting the people know that we are out here.”

“It seems to be working, because I’m starting to get calls from coaches.”

Sometimes the prospects are big WWE fans, which was the case recently in Oregon, and sometimes they need an explanation from Brisco on what professional wrestling is actually like.

And then there are the prospects that don’t need any more info about pro wrestling, since their fathers were stars.

Nord the Barbarian’s son, Joe Nord, is a senior at Minnesota this year, and at 6-foot-2, 200 pounds, is a credible recruit. But Brisco said Joe is more interested in academics — “a big change from Nord!” he laughed. Or there’s Tucker Lane, a Nebraska junior, who is the son of former Stampede Wrestling North American champion Larry Lane.

Brisco has also found there’s a difference between the big and smaller NCAA schools. Last year, he had two recruits from Division II come down to Florida train, but neither of them stuck around. “Those guys are kind of strange. They paid their own way through school, and both of them were Academic All-Americans too. One of them wanted to be a doctor, and the other one wanted to go into the FBI,” he said. “They wanted to feel their way around. They both really enjoyed it.”

And, as a former NCAA wrestler himself, for Oklahoma State University — and with a brother, Jack Brisco, who was a NCAA national champion, Brisco really does love what he does for a living — and still living.

Back in June 2009, doctors believe he had three separate strokes, and problems with his heart were discovered as well. He spent almost a year at home recuperating, during which time Jack Brisco died due to complications from open heart surgery. 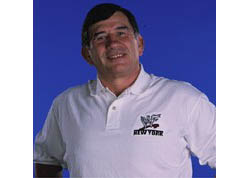 Gerry is pleased that his cardiologist has released him to just making regular visits to his family doctor; the visits to the neurologist are every six months.

“I’m 100 per cent. I’m keeping my weight down. I’m 200 pounds, watch my blood pressure stay down, and all that stuff with my weight,” he said. Unlike in his wrestling career, he’s doing an hour of cardio a day, which is pretty easy to do even heading hotel to hotel watching amateur wrestling.

“With Jack’s passing and everything, I just have to take better care of myself, that’s all. I had to get off the road 50 weeks of the year; I just couldn’t do that any more. But it’s all working out. I’ve just been blessed” — and — “not too stressed.”