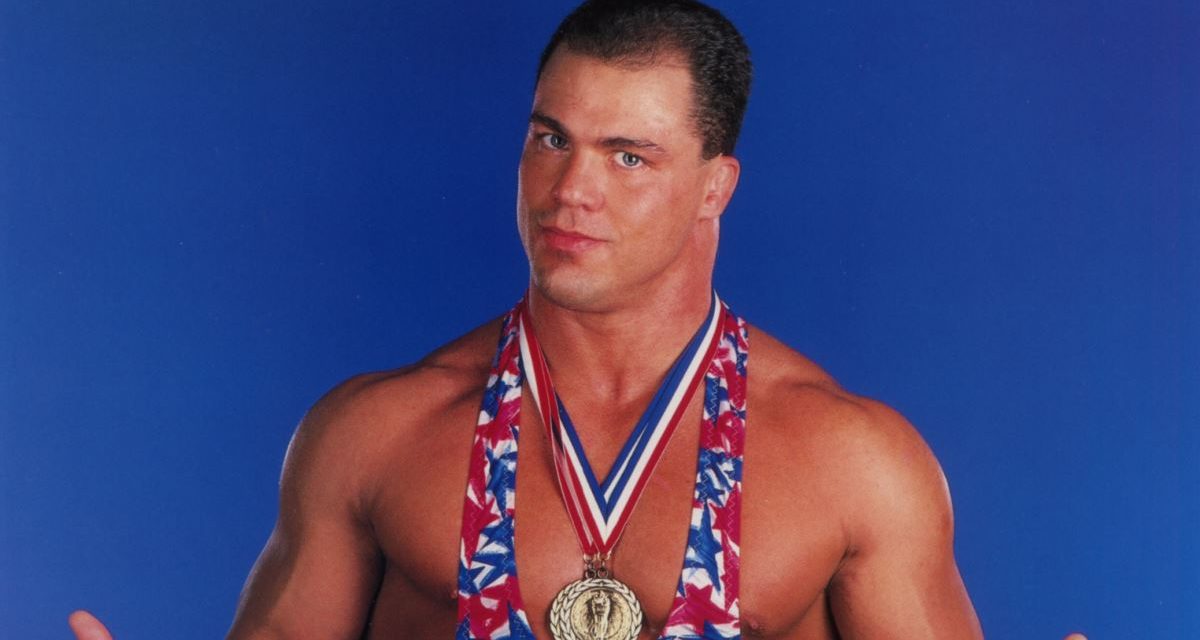 Kurt Angle is a new dad after the 42-year-old wrestler and fiancé Giovanna Yannotti welcomed a baby girl in Pittsburgh. 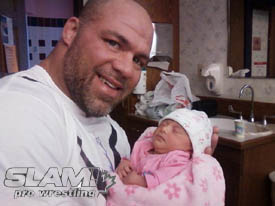 The child, named Giuliana Marie Angle, weighed in at 5.5 pounds and was 18 inches long.

Angle arrived home from Lyon, France on Saturday night, where he was on tour with TNA, after receiving a call that Yannotti, 25, had been rushed into hospital with high blood pressure which had caused her to pass out.

Due to her medical condition, and concern for the baby, doctors decided to induce labor.

Baby is said to be healthy and doing well while Yannotti is still being treated for high blood pressure as doctor’s monitor her condition.

Giuliana is Angle’s third child. He has two from a previous marriage to Karen Jarrett, wife of Jeff Jarrett.

“To my fans, especially in Europe. Sorry I had to pull from the tour. Giovanna, my fiancé, had complications with her labor. I came home to be with her and my beautiful new daughter Giuliana is doing fantastic,” Angle wrote on Twitter.

“I will be staying at the hospital until Giovanna is able to leave. She won’t be able to leave until the doctors clear her condition. Thank you all for your support. And to my kids Kyra and Kody, Giuliana sends her love. Your little sister looks like her big sister, Kyra. I love you both and miss you dearly..”

He added: “A big thank you to Dixie Carter and TNA for allowing me to come home to be with my family. God bless.”