Skip Young, master of the dropkick dead at 59

Galton W. Young, who wrestled as Skip Young and Sweet Brown Sugar, died Friday in Dallas. He is remembered by his peers for his tremendous work as a babyface — and for his dropkick.

“A good hand in the ring. Probably one of the highest jumpers I’ve ever seen in the business. He could dropkick Andre or he could dropkick Rey Mysterio, either one, and he’d be in a hurry getting there to dropkick you,” recalled “Cowboy” Johnny Mantell. 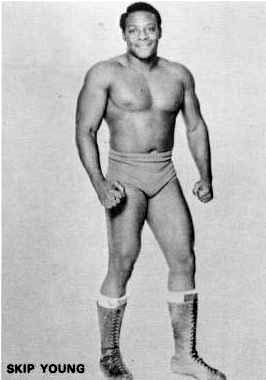 Jim Ross, in a recent blog, concurred. “He was a very athletic guy who had personal connections with the Von Erich family and possessed one of the best drop kicks that I ever saw.”

“Killer” Tim Brooks worked with Young in Texas and in Georgia. “He was really, really and truly a good babyface. I could go with Skip Young on any card, with any babyfaces, and have just as good a match as anybody on any card,” he said. “I’ll tell you, I was happy any time I saw Skip Young and my name with a cross between it, I was happy, because I knew that if I didn’t have the best match of the night, I would probably have the next to the best. He was a tremendous babyface. He really, really knew how to work.”

Born July 24, 1951, Young was wrestling by the mid-’70s, encouraged to enter it by his deep friendship with David Von Erich.

Tony Atlas, who was a championship tag team partner of Young’s in World Class Championship Wrestling, said that he refused to play a stereotype. “I guess Skip was fairly educated, because he was well-spoken,” said Atlas, explaining that the likes of Ole Anderson wanted him to be more racial on his interviews and in his mannerisms. “He didn’t sound black when he talked. Today, it would have been great, because Vince would have loved it. But back then, you had to be a certain character to fit.” 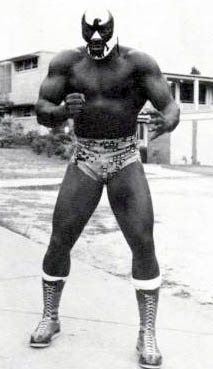 Ross referred to the attitudes of the era as well. “In the old cays when Caucasian wrestling promoters would put an unofficial quota on how many black wrestlers that they would hire in their territories and also, at times, provide the black athletes with some hideously, racial sounding nicknames. Skip had a nice run in Florida as ‘Sweet Brown Sugar’ which would not play well in today’s marketplace.”

The Sweet Brown Sugar character, complete with a phoenix-like bird on the mask, made for a good fit for Young. (Though he wrestled under the same name without a mask as well.)

“Skip was a great athlete and a bit ahead of his time with some of the stuff he was doing. I honestly think his talents were appreciated more in Florida than his own home town,” wrote former referee James Beard on the WrestlingClassics.com message board. “But, here in Texas, he had to overcome the incredible popularity of the Von Erich boys to be fully appreciated. Chris Adams and Iceman Parsons were able to do that to a reasonably successful level, but Skip didn’t have the natural appeal those two had. For whatever reasons, his ‘Sweet Brown Sugar’ persona got over better than his own, real identity.”

Koko B. Ware battled Young in the Memphis territory, when Young teamed with Pez Whatley against the Pretty Young Things, Ware and Norvell Austin. “We got along great,” Ware said of the matches at the time.

But it hadn’t always been roses between the two. 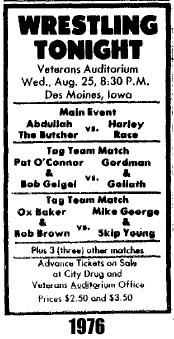 “When I first went to Dallas, he came over and said, ‘I want to let you know I’m the only Sweet Brown Sugar there is.’ I was Sweet Brown Sugar in Memphis as a heel … I didn’t wear the mask. He didn’t like the name, I guess,” said Ware. “We had words back and forth.”

In the end, Ware said it ended with the realization that they were bickering over next to nothing. Ware recalled his words to Young: “It don’t make no difference. Between you and I, we both ain’t making no money, so what the heck are you worried about a name for? You put both of our cheques together, and it still don’t equal nothing.”

Young spent his whole career working as a good guy.

“I’ve spent many a night in a dressing room with him, talking about spots and matches,” said Mantell. “I’ve sure worked my share of matches, I think him and I, probably at the Sportatorium, worked a half of dozen babyface matches where we shook hands and hugged at the end of the match. He was always classy around me. I know I’ve heard guys say he was hard to work with and was stubborn, but I don’t have those stories to tell.” 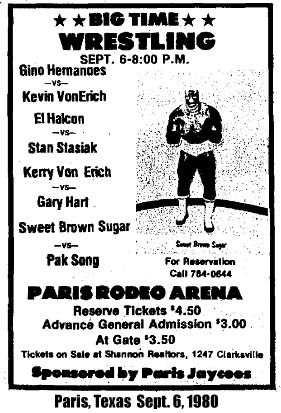 The team of Atlas and Young were Gary Hart’s idea, said Atlas. “We had a very, very good run. I even put in my book that Skip Young was one of the finest athletes that this business ever had.”

Atlas theorized on some of Young’s difficulties, perhaps identifying why he didn’t make it bigger.

“Skip had some personal problems,” said Atlas. “He thought that it was his colour that kept him from becoming a top wrestler. But in my opinion, what hurt Skip was that Skip’s personality.”

Brooks couldn’t really say why Young didn’t make it bigger. “I really don’t know. His attitude wasn’t bad. He was a good worker. He was not a huge guy, his size might have had something to do with it. Back in his days, it wasn’t as good for small guys as it is now. Smaller guys now seem to have a better chance. I don’t know why he didn’t make it bigger than he did.” 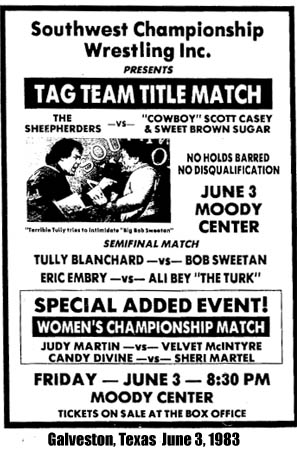 Yet there were a number of titles in the resume of Skip Young / Sweet Brown Sugar, includnig the NWA Florida Bahamian title, the NWA Florida TV title, the NWA North American tag titles in Florida (with Butch Reed), the NWA Southern Heavyweight championship in Florida (3 times), the NWA Texas Tag Team titles (with Kerry Von Erich) and the WCWA Texas Tag Team titles (with Tony Atlas), as well as the WWC TV title in Puerto Rico. He was also the Pro Wrestling Illustrated Rookie of the Year in 1979. He also did at least one tour of Japan.

After about a decade in the business, Young disappeared, only appearing sporatically on the various outlaw promotions that hung on after World Class shut down in Dallas. Ware recalled Young showing up at a WWF show in Phoenix in the late ’80s looking for work, but in no shape to impress anyone.

According to Brooks, Young became a preacher, following in his father’s footsteps.

Mantell has organized Texas Shootouts for years in Dallas, but Young never came out. “We reach out to everybody for the Shootout and want everybody to come,” he said. “It’s a dirty shame because all the guys come in to visit all the guys they worked with through the years.”