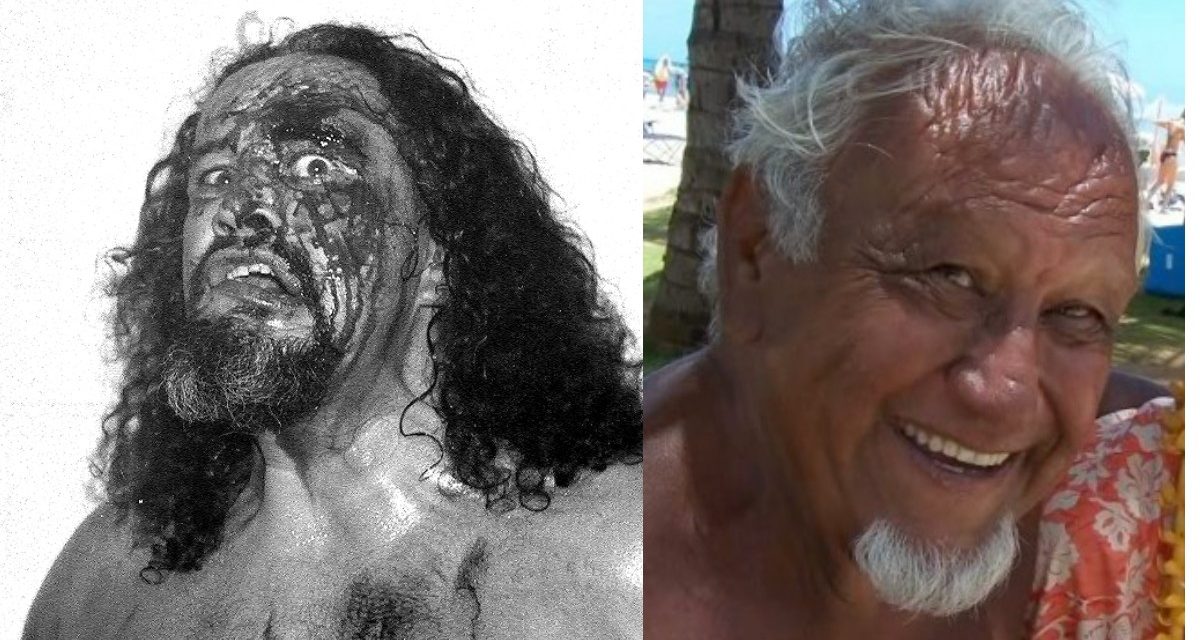 Curtis Iaukea stories are like opinions — everyone has one. Or more than one.

So, since he was one of wrestling’s great storytellers, it’s time to let friends and colleagues tell their King Curtis tales.

Some of them are even true! 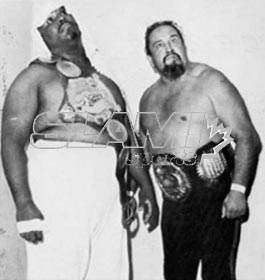 Rip Hawk: “One day we had a trip to go to Adelaide, a small town, a beautiful town in Australia. I loved Australia. I thought it was one of the greatest places I’d ever been. If I wasn’t an American citizen, I guarantee you I’d be living over there. Curtis Iaukea, that big Hawaiian, he went out one day and was going to buy himself a racehorse, which at that time was a lot of money. He spent $5,000 on that horse. He was going to ship it back to Hawaii. Well, he bought that horse, shipped it back to Hawaii and then he found out that horse had a colt but it ended up a damn mule. In other words, on the ship on the way over that horse got in with that mule someway and it ruined a good racehorse. So Curtis was very upset about that. So we’re over in Adelaide sitting around and all of a sudden, we can’t find Curtis. Everyone wants to know where’s he at? Where’s the King? Well, we had other people looking for him, looked high and low for him and couldn’t find him. Finally, he comes in about 8 o’clock that night to the matches. Everybody, where you been? He was always getting high, he said, ‘Brother, I been out dreaming about my home in Hawaii and sitting there and watch the grass grow.’ I said, ‘Watch the grass grow?’ He said, ‘Yeah brother, if you watch it long enough, it’ll grow and grow and grow.’ But that was Curtis.”

Big John Quinn: “He loved to have a smoke in my car. I said, ‘Nope, I don’t do that.’ I’m drinking my beer and driving along, and I realized that he wanted to smoke pot. What am I going to do? I like my beer, he’s got his vices. ‘Okay, roll down the window and you can smoke.’ He said, ‘You ever try it?’ ‘Yeah, it didn’t do anything for me.’ He said, ‘this is the best’ and he was explaining how it grows, the buds… He said, ‘Try it.’ I respected Curtis. He was a good peer. This wasn’t peer pressure. He was a good guy and wouldn’t hurt me, in the ring or otherwise, he would not do anything to hurt me. … I went to suck on the thing and I was inhaling and it was like a pump up my eyes, I started bending my head and started laughing. I thought I was floating up in the air. That was just from one toke, and I wasn’t even holding it my breath yet. I had one puff and was high until like seven o’clock in the morning.”

Don Leo Jonathan: “Great guy, though. When I first met him, he was playing football for the Lions here. I knew his dad. He took over the sheriff’s department there, the chief of police there, he was there at the same time as Duke Kahanamoku. Duke was the sheriff. Duke was the one I had all my pistol permits with, back when I was in Hawaii, for Hawaii, so I could carry.”

Ivan Koloff, when they were in Australia together, and each had an apartment in the same complex on Bondi Beach: “I was impressed with King Curtis, of course. He was a great wrestler, worker. He had one unique thing that he did that later on I realized was a good thing as far as keeping your blood thin, and keeping in shape … The idea of drinking wine when you’re training, as a part of his diet, to help the vascular, to help the flow of blood. … Curtis was turning me on to it because it would give us a buzz, right? He had himself a guy that was a friend of his that would bring a jug of it around every second day — or was it every morning? — and leave it at his door. I remember every time we’d come in, he’d rap on my door. ‘Come on, Ivan, time to have a glass of wine.’ Of course, one glass of wine would lead into two or three. We’d laugh and have a great time, and usually have a couple of the other boys over.”

Los Angeles referee and office man Art Williams tells of a rib by Vic Christy on a young Curtis Iaukea: “He comes into this territory, and Christy finds out that this kid has never been off the islands. … Curtis was staying at a hotel here in Santa Monica, hotel-motel. Vic calls his, that was the deal, calls him and says, ‘Are you booked at the Olympic tomorrow?’ This would have been a Tuesday. … ‘L.A. is a long way from where you are. I’m going to pick you up at six o’clock in the morning. It’s a long ride.’ Curtis goes for it. Six o’clock in the morning, Christy picks him up … He drives him down to Mexican border, out to the Arizona border, and up to the Nevada border, and finally, 12 hours later, they get to the Olympic in downtown L.A., which of course, if only 15 miles away. So Curtis says, ‘F— this sh–! Are all the trips like this?’ ‘Oh no,’ says Vic, ‘this is the shortest one.’ Curtis says, ‘F— this sh–, I’m out of here tomorrow. I’m not putting up with this, 12 hours in a car, they can go f— themselves.'”

“Soulman” Ricky Johnson: “Me and my brother, when we were the tag team champions in Hawaii, that was ’85, I guess, 1985. We decided to go to Waikiki. So we went to the beach, it was me, my brother, Don Muraco and his wife, and a bunch of guys. Curtis came up with a bottle of wine. He was renting out these boogie boards that you surf on. He was working us, right? ‘You guys want to rent a boogie board from the King?’ … Curtis was an icon, he really was. On the island, he was God. … He was one of the greatest heels of all time, believable back in the day when people didn’t know it was a work. He was really believable. When I was a kid, I was afraid of him because I thought he was real.” 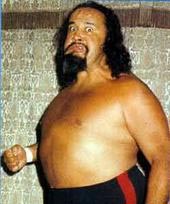 Rip Hawk, again, about Iaukea’s apartment on Bondi Beach: “We went over to his apartment and started drinking wine. Curtis was strictly a wine man, a lover of the grape. ‘The grape is the greatest.’ You know those Hawaiians, they can’t stay away from the beach. We got out on his patio, we got so drunk, we were eating black olives and taking the olive pits and hitting people in the head just for the hell of it as they walked by. They didn’t know what was going on. All they could feel was something hitting them in the head and they’d look around, look up and down, we’d be laughing. Curtis got a knock from his landlord who told him to keep it down. At any rate, that same day we went out on the beach and took several bottles of wine with us and drank and howled at the moon and Curtis would think about Hawaii because he was on the beach and get real sad.”

Others chose to truly pay honour to a fallen comrade.

Pedro Morales, former WWWF World champion: “He enjoyed life. … Hell of a guy. He was one of the boys, like we say in wrestling. … I wrestled for 30 years, and I never heard nothing bad about King Curtis. … He was a hell of a talker. His interviews were fantastic. And he was big. It was perfect for me, because I was a little shorter than him, he was about 6’5″, I was about 6’2″. We matched fantastic. That was more my style. He was a hell of a performer.”

“Handsome” Johnny Barend: “He did his own thing … He was an independent guy, he just did his own thing, nobody told him what to do. … I knew him in Hawaii. Gosh, I spend an awful lot of time with him. I got to know him a little better. … He liked to go to the beach, he was a beach guy. He liked surfing. … He had a big name in Hawaii. He’s pure Hawaiian, which means a lot over there, because there’s not that many left.”

Annie Barend, Johnny’s wife and a Hawaiian: “He’s like the Godfather of Hawaii.”

Sonny King: “He was one of my favourite people … He was just one of the better people that you could ever want to meet and be around, if you had to spend time with anybody at all away from your house, then you would want to do that with Curtis.”

Kamala (James Harris): “I met Curtis probably around Wrestlemania 1 … I had always heard stories about him, but had never actually been around him until then. … He was a real nice guy and I really enjoyed working with him. … He was a good manager in the WWF. … He was a good talker and was good at doing interviews. …. He was a super nice guy and good friend.”

Greg Oliver: “I chased and chased King Curtis for The Pro Wrestling Hall of Fame: The Heels (with Steven Johnson). It was a real challenge because of the five-hour time difference between Toronto and Hawaii — and the fact that Curtis would get up and go to the beach, and be there all day. If I called about 2 p.m. ET, I might catch him — which I did, twice. You be the judge, but I think it was worth it.” Greg can be emailed at [email protected].