Former WWE ring announcer Michael Porter passed away on Saturday at his residence in Los Angeles, California. He was 59.

The official cause is currently unknown, though he visited the cardiologist a few days ago.

Porter, who was profiled by SLAM! Wrestling back in 2007, worked for the WWE from 1988-93, primarily as a ring announcer on the west coast. 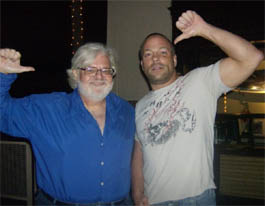 His official web page had the following:

“We are deeply saddened by the sudden news of the passing of Kim Michael Porter. Porter was found dead at his residence in Los Angeles. He was 59.”

Besides working as a ring announcer, Porter worked for the WWE in other capacities, including working security at WrestleMania VII at the L.A. Sports Arena and on the ring set-up crew. He also was a ring announcer for several independent promotions, and hosted a short-lived TV show, UWA WrestleShoot TV. 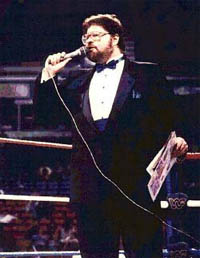 “I am deeply and truly saddened by this terrible news,” write longtime friend and webmaster Mike Summers on Porter’s website. “We are all in shock and sadness. My thoughts and prayers go out to the direct family of Michael. He will deeply be missed.”

“He was a great friend,” Summers told SLAM! Wrestling. “Someone who had such a passion for the business, even after his days with WWE was over. I enjoyed seeing him in 1992 at a WWE house show in Chico, CA. Met him in 1997 and I haven’t stopped being entertained since.”

There are no plans at the moment for a tribute show for Porter. More details will become available about his death at a later time.

– with files from Kenai Andrews