Wrestling has lost another former superstar, as Jorge Gonzalez has passed away at the age of 44. Gonzalez, who spent a short time in both WCW and the WWF, was one of the tallest men to ever compete in the squared circle.

Tributes to the giant began to form on Twitter late Friday. Longtime WWE announcer Howard Finkel said, “RIP Jorge Gonzales, a.k.a. Giant Gonzales. Sorry to hear of his passing in Argentina. You were in awe looking up at this monster of a man,” while former referee Jimmy Korderas wrote, “Sad to hear that Giant Gonzalez has passed away in Argentina. He was a gentle giant. RIP.” 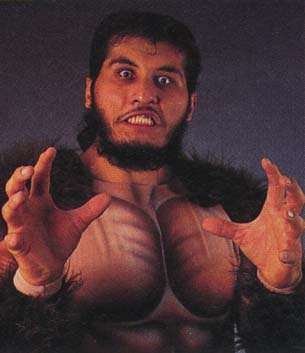 Gonzalez was born in Formosa, Argentina and would begin his athletic career as a basketball player in his homeland’s professional league. The 2.30m-tall (7-foot-5) Gonzalez would later gain attention on the international stage as a member of Argentina’s national club, so much so that he would be drafted in 1988 by the National Basketball Association’s Atlanta Hawks in the third round — the first Argentinian ever drafted.

Gonzalez, however, wouldn’t work out in the NBA. However, Hawks (and WCW) owner Ted Turner held the belief that Gonzalez could be an asset to his wrestling company, and in 1990, Gonzalez debuted as El Gigante for the Atlanta-based company.

Gigante was instantly pushed to the top of WCW’s card. As a babyface, Gigante would battle against Ric Flair and would also compete in New Japan Pro Wrestling as part of a cross-promotional deal between the two companies.

Gonzalez’s career, however, didn’t last long in WCW, and he would eventually make his way over to the WWF. He was brought in alongside Harvey Whippleman. Much like his WCW run, Gonzalez (then known as Giant Gonzalez) was instantly pushed to the top of the card in the Fed, entering into a feud with The Undertaker. The battles between the two big men, however, were widely panned, going so far as to be named the worst feud of 1993 by The Wrestling Observer.

Soon after the feud, Gonzalez and Whippleman parted ways, with Gonzalez turning face. Whippleman countered his former wrestler with Adam Bomb (Bryan Clarke), but the feud between the two never fully got off the ground, as Gonzalez would leave the WWF in October of that year.

Gonzalez would soon head to New Japan, where he would wrestle for two more years.

Gonzalez returned to Argentina for good in 1995, where he was wheelchair bound and had to use a dialysis machine to treat his diabetes.

The Argentina Basketball Federation (CABB) helped Gonzalez with finances in his final years, including donations of appliances for his house, clothes and medicine.

“I feel grateful to CABB Solidarity for this gesture,” Gonzalez said in 2009. “It’s good that they remember me at this stage of life.”