Ken Ackles: From the Maritimes to Hollywood 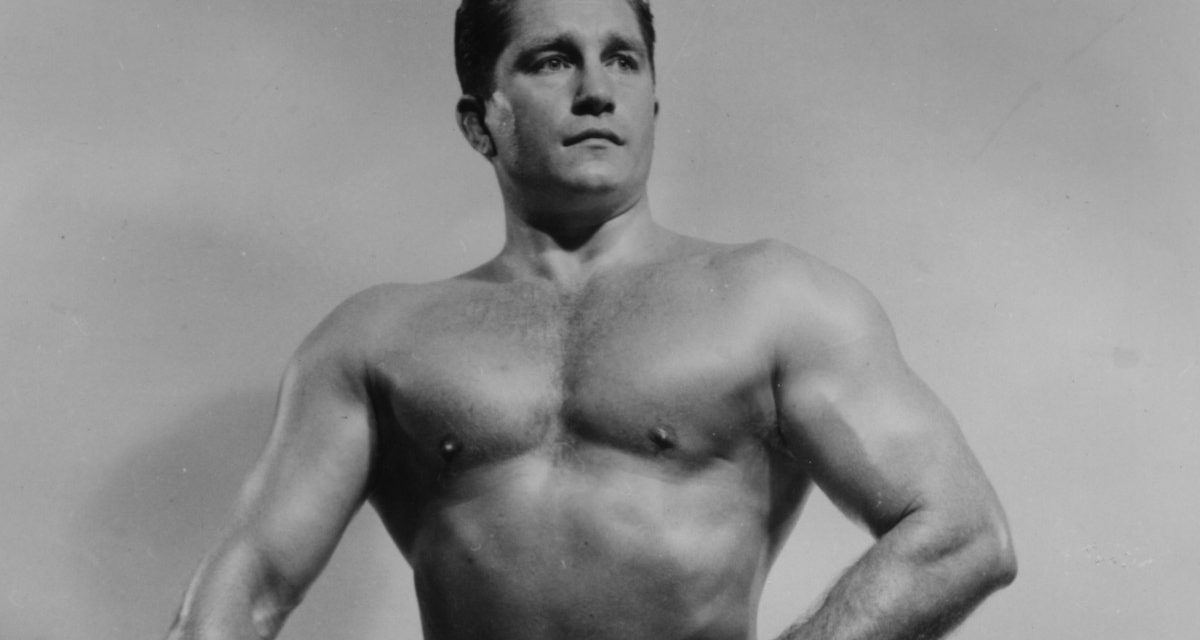 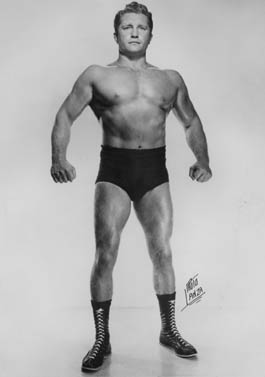 Though he was originally from Springhill, Nova Scotia, it is impossible to talk about Kenny Ackles, who was a successful junior heavyweight from the 1930s to the 1950s, without also talking about Hollywood.

Not only was he billed from La-la Land for years, but he also appeared in numerous films and TV shows.

And, given the propensity for exaggeration in Hollywood, it is no surprise that sorting through the facts and ballyhoo for Ackles isn’t an easy task.

First off are the easy facts:

From there, it’s a little more confusing, though veteran wrestler and promoter Emile Dupre confirmed Ackles’ Maritime roots. “He was a nice guy, a real good fellow,” recalled Dupre.

In a June 1951 article in Wrestling magazine, Ackles was quoted, talking about his youth.

“It is hard to believe that I only weighed a little over a hundred pounds,” said Ackles. “That I have more than doubled my weight and quadrupled my strength since my fourteenth birthday.” (But that same article claims he was born and raised in Boston, and was a logger in Maine.)

Like many Maritimers, Ackles’ first break came working in Boston. His claim to have started as a pro wrestler in 1938 is about right, though another article from 1958 says he turned pro at age 16 (1932 or so), and later attended Los Angeles City College, where he wrestled as well.

In the ring, he was known for his airplane spin, the abdominal stretch (“been barred in many states”), arm drags and go-behind combinations. Boxing was a hobby.

Ackles had long runs in some of the tradition territories that used a lot of junior heavyweights like Los Angeles, Oklahoma, Houston, Columbus and Boston.

“Blonde, good-looking, and extremely supple … almost to the point of being double-jointed,” was how wrestling historian J Michael Kenyon recalled Ackles. “He worked in the old, upright manner, almost slowly transitioning from move to move, as though he were demonstrating holds to the audience.”

An April 1958 Boxing & Wrestling article, focusing on wrestlers turned actors, reported that Ackles had “great speed and stamina and a repertoire of holds which baffled his opponents. All this mixed with abnormal strength for a man his size.” 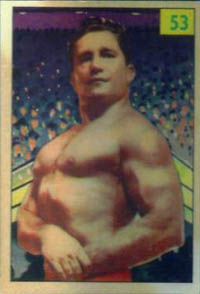 In an interview in 2002, famed Montreal photographer and wrestler Tony Lanza talked about Ackles being a willing subject for hypnosis.

“I was a hypno-cologist. I used to hypnotize wrestlers sometimes,” said Lanza. “I hypnotized one wrestler, Kenny Ackles, one day. The next thing I know I’m in Ottawa. He doesn’t know. I got in to the ring. Once I got into the ring, I pin him, the match was over. He goes back to the dressing room. I put him under all those suggestions. And he’s still waiting for his match! ‘Your match is over!’ I used to do that sometimes.”

As the storyline goes, Ackles was invited to do stunt work, and that developed into bit roles in many movies. He would bounce between the two professions for years.

“Ackles has been in the movies and is handsome enough to continue but he loves the aroma of the ring rather than the kleig lights and has forsaken the ‘glimness.’ He also says he can make more money in the arena as he is booked solid for the near future,” reported the Portsmouth (Ohio) Times in April 1947. “The Boston lad belies his looks as a glamour boy because he is one of the strongest men in wrestling as well as being a ladies’ man. Once he gets in the ring he is not afraid of getting mussed up but he goes about his work in a clean and scientific manner. He leaves the rough stuff to the other boys and works cleverly and speedily with his foes and is known as a stylish grappler.”

Ackles appeared in bit parts in numerous big flicks, such as Mr. Roberts, Broadway, Wish You Were Here, Guys and Dolls, Picnic, Li’l Abner and more. Later in his career, he was in 1974’s Death Wish and Night of the Juggler in 1980.

On the smaller screen, he appeared on variety shows like the Steve Allen Show and the Ed Sullivan Show. Ackles also had roles on the soap operas The Edge of Night and Guiding Light. 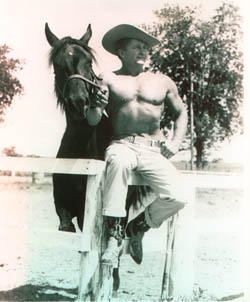 Kenny Ackles and friend. From the collection of James C. Melby.

“His fine bearing and good looks have gained him many a movie part and he even played in summer stock, appearing in the play My Sister Eileen at the Pasadena Playhouse. Critics unanimously opined that he had a stage and film future,” promoted the June 1951 article in Wrestling.

He wasn’t scared to expand his skill set either. A 1956 article said that “wrestlers Kenny Ackles and Gene DuBuque will study ballet at the June Taylor school.”

The acting also helped in other ways too, and Ackles apparently spent time as a personal trainer to stars such as Montgomery Clift and Mario Lanza.

Aside from the later film credits, little is known about Ackles’ later years. He died November 5, 1986 in Houston, Texas from a stroke.