Having been involved in the wrestling business since 1978, “Cowboy” Johnny Mantell has a lot of stories and a lot of lessons to dispense. With the recent launch of his online radio show, Mantell’s Corral on BlogTalkRadio, he has a growing forum to share his experiences.

The show, which airs weekly on Wednesday nights, is free. 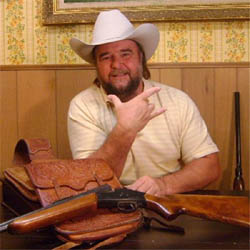 “I talk a little about my career, and I’ve had a guest on every week,” Mantell told SLAM! Wrestling. “We advertise it as, I talk about the wrestling business, the way it is, the way it was, and the way it should be.”

He has been pleased with the growing response. “Our numbers have gone up every week,” he said, adding that a recent show with Stan “The Lariat” Hansen drew the show’s biggest audience yet. The hope is to increase the listenership enough to have BlogTalkRadio start selling advertising, and then Mantell will share in the revenue.

Mantell was seriously injured in a one-vehicle rollover accident on November 10, 2005 just outside of Decatur, Texas, on Highway 287. Not only did it end his part-time wrestling career, but it also has limited what physical activity he can do on his ranch, where he raised racehorses.

“Ever since the car wreck, it really has taken the wind out of my sails, where they don’t let me do anywhere near as much as I was used to doing,” he explained. “I’m still able to talk and visit with people a little bit, so we’re just trying to take advantage of that, and hopefully turn it into something.”

With a big brother, Ken Mantell, who was a world champion junior heavyweight and later a key booker in World Class Championship Wrestling, the UWF, and his own experiences wrestling throughout the United States, Japan, and Europe, Mantell knows that he is not the usual radio host.

“I don’t want to say that I’m the only real wrestler out there on the radio, but I’m the only one that comes from the background that I come from,” he said.

Born John Lusk, he started wrestling amateur when he was 10 years old, and competed in tournaments in high school throughout San Bernardino County, California. A knee injury while at Whittier College derailed any hopes for a football career, so John followed big brother Ken into the wrestling business.

Initially, he was Johnny Boyd in southern Louisiana, and then The Hood in California, before assuming the same surname as his brother. 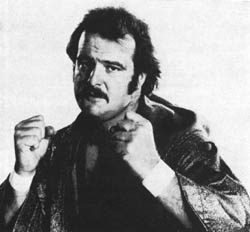 “Cowboy” Johnny Mantell is most associated with World Class Championship Wrestling in Texas for a good reason — his parents had moved from California and had a ranch with thoroughbred horses that he always helped out on.

“Johnny Mantel was born in Montague Co., Texas and thinks this is the greatest part of the earth. And he is a real Texan and is in the ranching and cattle business. No drug store cowboy is he, that’s for sure, as he could match his horse-riding ability and rodeo prowess with any bronc buster,” bills a WCCW program from 1985. “Being a Texan, it’s understandable that he can like both country music and rock and roll.”

In the early 1980s, it was the Fritz Von Erich-owned WCCW that had the greatest audience of any wrestling promotion on the planet, with its huge reach through the early days of cable TV and through syndication — at its peak, WCCW was on 85 stations in 25 countries.

“We were the first group to really go after other cities,” said Mantell. “We went to Boston, Salt Lake City, and some others … It was Fritz’s test, Fritz wanted to test the waters, and see what it was going to be like. We went out following our TV channel, Channel 39, and we sold out all three places. And then somewhere after that, a decision was made that Texas was big enough, we’re not going anywhere. If that decision was made the other way, WCCW would be in charge now, not the WWE.”

Over the years, Mantell promoted shows around Texas as well, and got a chance to work with a lot of up-and-coming talent in the state. 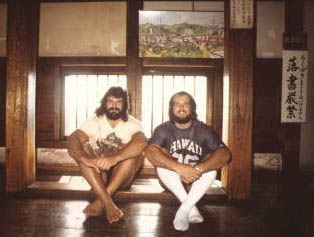 “I was so blessed to cover, really, two or three generations of this business by the guys that I worked with,” he said, listing names such as Peter Maivia, Pedro Morales, Roddy Piper, Chavo Guerrero, Toru Tanaka, and Butcher Vachon, all of whom shared their knowledge with him. “Then at the end of my career, having the chance to be in the ring with Hulk and Harlem Heat. I was one of the first guys in the ring, besides Jose Lothario, with Shawn Michaels. You know, I covered a lot of generations of guys.” Another he helped early and battled in the ring was John Bradshaw, the future JBL.

Like the wisdom was handed down to him, Mantell hopes some of his knowledge gets passed on.

“I’ve always been different. I’ve always walked to the beat of my own drum. I’ve always done my own thing. I got a bad rap in the business for years about being a primadonna,” he said. Frank Goodish — Bruiser Brody — was one of the workers who took him aside and stressed a lesson.

“He said, ‘It’s not what you earn in this business, it’s what you keep.’ He told me, ‘I don’t mean that just financially, I mean that personally and everything.’ I took it to heart. I always tried to earn as much money as I could, but I never compromised the integrity or the respect I had for myself. That kept me from working for a lot of people throughout my career, that I didn’t feel they were worthy of having me work for them.”

— with files from Meredith Renwick