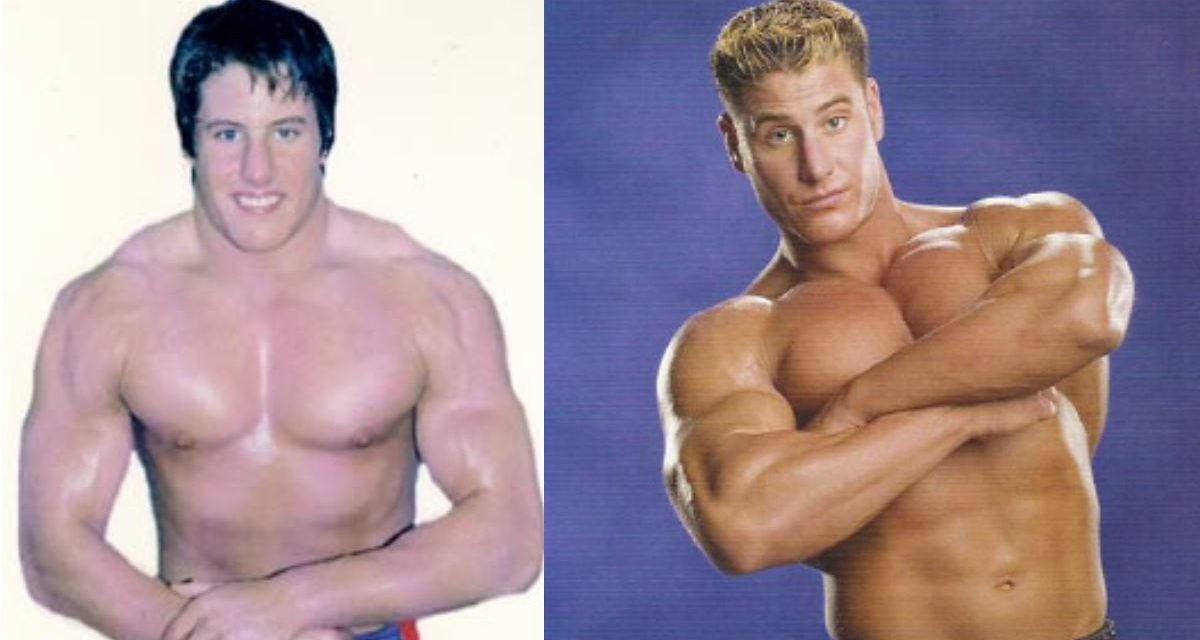 Having recently gotten married to a Japanese woman and moved up to the All Japan roster, Rene Dupre has a message for fans in North America: Don’t look for him any time soon.

“The only thing I miss, honest to God, is the crowds,” Dupre recently admitted to SLAM! Wrestling from his home in Tokyo, Japan. “I have no urge, I have no passion to ever go back to America to wrestle.” 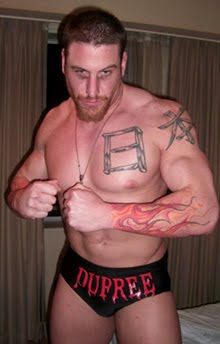 That certainly doesn’t mean that Dupre doesn’t have any passion for wrestling.

“My life is wrestling. I eat, sleep, breathe, live wrestling 24/7. That’s my life. I’m in it for the long haul,” said Rene Goguen, better known to WWE fans as Rene Dupre, part of the championship tag team La Resistance.

“Wrestling is my life, it’s all I know, and I know it very well. And I know it better than anybody else today. And that’s the bottom line. I’m not trying to be egotistical. It’s the truth.”

Rene’s father, Emile Goguen wrestled as “Golden Boy” Dupre (or Dupree), debuting in 1956, and traveling the world. But the Maritimes always called him home, and Emile promoted there for decades. Like most promoters, the expanding World Wrestling Federation of 1983-84 hurt business, and he eventually called it a day — though Atlantic Grand Prix Wrestling did return for shorter summer tours over the years. It was there that Rene started training at the age of 13, helping set up the ring and working out; he would debut at 14.

The history between his father and Vince McMahon is just one reason that Rene doesn’t see himself returning to North America to work.

Dupre’s loyalty is very much to Japan these days.

Calling it a dream he’s had since he was five years old, Dupre said that he loves “everything” about being in Japan.

Even in the more comedic promotion, HUSTLE, Dupre saw some positives. “HUSTLE was doing good, good money, but it was hokey, it was real stupid. All-Japan is never going to go away,” he said. In HUSTLE, Dupre was known as René Bonaparte and under a mask, he was Dina Sharp . “It’s a great company to work for, great guys, great women, they work hard. It’s stiff, it’s hard-hitting, it’s painful, but that’s the pro wrestling that I love.” 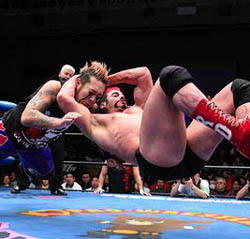 Rene Dupre in action at Korakuen Hall for All Japan in January 2010. Photo by Daniel Beaumont

He also appreciates the respect that the Japanese show to the past and the current wrestlers. When Lance Cade passed recently at the age of 29, he was a regular with All-Japan. The Japanese company gave him a 10-bell salute in the ring, whereas WWE did not. Dupre laid out his feelings in a Facebook posting: “cant sleep missing my friend lance, he was an awesome talent, a great father and the best tag partner ive ever had i love you like a brother lance i know you`re in heave lacing your boots!!!”

For a young man who is only 26, Dupre has had quite the career already.

“My first dream was to make it into WWE. Got there, and it wasn’t what I expected it to be. Now I’m here in Japan, and you know what? I’m going to stay here for as long as they want me. Bottom line, look at Stan Hansen, look at Abdullah the Butcher — he’s 73 years old and he still comes over here almost every month.”

Another name from the past is Masahiro Chono.

“The only Japanese wrestler that ever worked for my father was Masahiro Chono, and at the time he was called Tokyo Chono,” Dupre said. “We used to play soccer together. Now I’m actually going to get a chance to work with him in Taiwan, coming up in November. Everything happens for a reason. It’s a dream of mine to be able to work with Masahiro Chono, and I’m going to be able to.”

Chono is a key player in one of Dupre’s other plans — bringing Japanese wrestling back to Europe, where it was once very popular. He recently met with representatives at EuroSport, the major sports channel.

Dupre is already popular in Europe — France in particular, where he is the AWR champion and hugely over. “I was basically the Hulk Hogan and Steve Austin of France, okay?” he laughed. November will be his fifth tour of France, and it will be a reunion with Sylvain Grenier. Dupre has also worked often in the United Kingdom.

In Japan, he is settling in to a routine. He married his wife, Kanako, on October 14, 2009, and is learning the language. “My wife gives me one word a day,” he said. 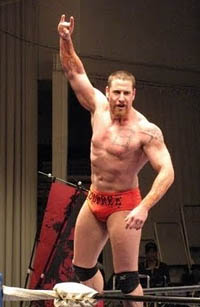 “I’ve been here for 10 months. I’ve just got my one-year spousal visa, and I’m going to apply for my three-year spousal visa. I don’t plan on going home. I’ll be honest with you. That two-and-a-half hour flight from Moncton to Toronto, and a 13-hour from from Toyko to Toronto. No thank you. I don’t want to do it.”

In a decade or so, though, he can perhaps see himself running a dojo in the Maritimes for Japanese wrestlers to further their North American wrestling skills.

Bridging the gap between continents is made easier with a good phone plan and the Internet. If you run across Dupre on Facebook, rest assured it really is him.

“Honestly, my wife works a lot and I’m really bored because I don’t have American television, so I can’t understand a goddamn word going on on TV. I’m on the Internet a lot, YouTube stuff, I Facebook with my friends,” he said. His website, www.renedupree.net, is run by a British man, Rod Dixon, that Dupre has never even met. “He’s on the ball, he’s a great guy, and he’s helped me out a lot.” 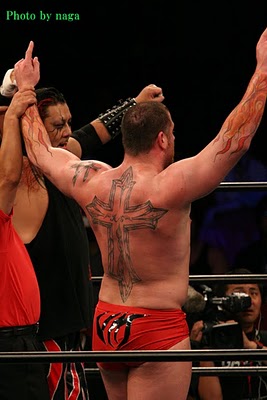 A good shot of Rene Dupree’s back tattoos. Photo by naga

Another aspect of Dupre’s foresight are his tattoos.

“It’s called marketability, my friend. I’m an independent contractor. It’s kind of hard to just put ‘Rene Dupre’ on a T-shirt, and for it to sell,” he said. He is an admirer of the Ed Hardy line of T-shirts, and uses them as an example of what he is going for.

“I’ve always wanted tattoos, ever since I was a little kid. Mind you, when I was 18 and I signed with WWE, and they had a strict policy, ‘Oh no, you can’t have tattoos without permission. Oh no, you can’t do this, you can’t do that.’ Basically, when you sign a contract with WWE, you sell your soul. You can’t take a shit without asking their permission. That’s the bottom line, that’s the truth. The hell with that shit. No. Here in Japan, I get a new tattoo, and the boys are like, ‘Oh, sugoi (which means awesome), new tattoo.'”