‘Nexus angle has been genius’: Jericho

With WWE SummerSlam just around the corner, critics and fans all over the world have been speculating about the big 7-on-7 Nexus vs. Team WWE elimination main event.

In a match that is eagerly anticipated, it seems everyone has their own opinion about what the finish might be and this has cemented the storyline as being one of the hottest in WWE this year.

One man who is certainly looking forward to the event is Team WWE’s Chris Jericho. 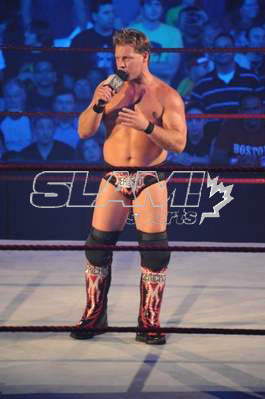 “I think the Nexus angle has been genius,” says Jericho. “It is a tremendous idea that’s really great because it’s a bunch of new guys that on their own mean nothing, but together it’s the hottest angle of the summer.

Jericho, who after weeks of debating finally joined Team WWE this past Monday night on Raw, heaped praise on the promotion’s owner Vince McMahon.

“Every once in a while we [WWE] find something that really clicks and this is one of those things. It shows once again the genius of Vince McMahon, he still has ingenious ideas and that was one of them for sure.”

When asked about Wade Barrett’s rise in the WWE and his victory in NXT’s first season, Jericho was complimentary of the Nexus leader and his skills.

“I felt he was going to win from the moment I first saw him, as soon as I was paired with him I thought, ‘Well, that’s the guy that’s going to win.’

“He has got great presence, his interviews are very strong and he’s a big guy with a good look. He is exactly what we are looking for in WWE.”

Jericho, 39, has stated in a previous interview — “I don’t like it when fans chant ‘Y2J.’ It’s not cool.” His association with Team WWE though has seen fans in recent weeks chant exactly that, but the former six-time World Champion states that by proxy he is going into SummerSlam as a babyface.

“The whole story at the moment is that I’m kind of a good guy, but kind of not. I think the fans are asking themselves, ‘Are we supposed to cheer him?’

“I have been doing this for 20 years. I have a lot of good will built up with the fans, people appreciate the hard work that I do so if I turned babyface tomorrow, they would buy it.

“I knew they would chant ‘Y2J’ when it was proposed I was going to team with [John] Cena; it’s what WWE wants at this moment in time. Tomorrow that could change in one second if I wanted it to because I am in control of how the fans react whether they like it or not.” 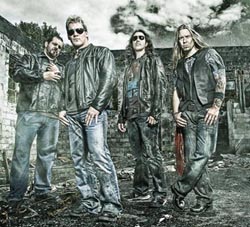 It’s not just inside the ring that Jericho is focusing his attention on; he is undoubtedly one of the busiest men in professional wrestling right now and having just played in southern Ontario, is preparing to perform on 10 shows in 10 days with Fozzy in the United Kingdom.

Jericho is looking forward to the October tour and believes the band’s UK fans have really embraced them and that it has become their second home.

“We love going over to the UK and we sell out the majority of our shows. We have great fans who know the music and I am very excited to see them. We want to spend as much time with them as we can.

“To do shows all around the world is very rewarding,” Jericho continued. “Some people don’t get to live out their dreams but I have seen mine come into fruition, for them to both have varying levels of success is really gratifying.

“I dreamed of being a rock star since I was 12 years old, I love being both a wrestler and a rock star equally. I am very blessed in the fact that I am living and able to do both of the dreams I have had all my life.”

Fozzy embark on their tour of the UK starting October 10th at The Millennium Hall in Cardiff and finishing up at the Orange Box in Yeovil on October 20th.