Maria Kanellis shoot more like a carpet bombing of WWE

Now that’s what I call a shoot!

In Highspots’ Diva Diaries, Maria Kanellis holds nothing back as she, in her easy and effervescent way, dishes some dirt and drops a few bombshells on her ex-colleagues and employers at WWE.

The former bikini model and Diva Search contestant went deep into the reasons she thought she was let go by the company, and it seems her downfall can easily be attributed to her not being nearly as dumb as her TV character. 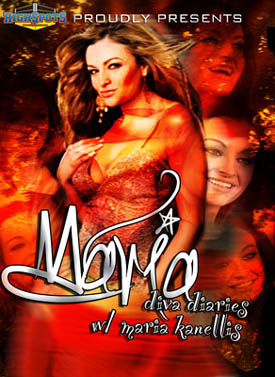 She noted she had invested her own money into making a music EP, but WWE wanted her to sign the rights over to them. She refused. WWE couldn’t get her to bend in contract renegotiations either. WWE, she said, wanted her to host NXT but insisted she first re-sign under the terms of her original contract. Once more she said no, insisting she shouldn’t have to shoulder a larger workload at no increase in salary.

This girl had brass, boy. She shoots on the WWE’s Wellness Policy, asking how such a policy can exist without health benefits. She also criticized WWE for continuing to deem its talent “independent contractors,” even though they work 250 days a year for the corporation and need its permission to do just about everything. Kanellis even went so far as to chastise the WWE for being too greedy, pointing out that the company’s revenues and profits rose, even during the financial crisis, and yet many wrestlers’ real earnings fell at the same time. Can’t picture an independent thinker like that going over big at Titan Towers.

As far as making money goes, Kanellis shatters the myth of wrestlers (besides those at the top of the card) getting rich working for WWE. The girls in particular get the worst of the deal, while those in development are at an even less enviable position.

Kanellis, who served an apprenticeship at the one-time WWE developmental territory, Ohio Valley Wrestling, said that many of the girls there worked two jobs just so they could pursue their dream. Beth Phoenix, for instance, waitressed at a local restaurant.

And experience certainly was no boon to those at OVW, as Kanellis, a complete rookie, scored a contract after finishing fifth in the Diva Search, while others, some of whom had beaten the indy path for 10 years, had no deal whatsoever. That disrespect also filtered down to WWE wrestlers, and she noted that a few of the top tier boys resented her choice of boyfriend — at that time CM Punk — and wondered why she’d date “some indy guy.”

Once she was called up to perform on WWE programming, Kanellis experienced a heavy mix of good and bad. She found a happy home in RAW, saying she enjoyed performing live in front of the cameras. But she detested her move to SmackDown, which she claimed was where careers went to die.

She had far more negative than positive to say about the women’s division. Kanellis put over Fit Finlay as being the one who built the division, but added she and the other Divas felt frustrated with the creative team and the lack of on-air time it allotted them.

The girls, accustomed to doing as they wished on house shows, would often be given only one match per TV episode, and an extremely short one at that, even though ratings spiked every time they appeared. The women would constantly pitch ideas to creative but nothing ever came of their efforts. But no one ever spoke out about their dissatisfaction as they feared dismissal, she said.

Kanellis also went into some detail about the cliques and cattiness inside the women’s dressing room, and described a swingers’ ball-like atmosphere between the male and female talent as some bounced from one partner to another. Names are named!

The shoot interview was taped around the time Kanellis’ Celebrity Apprentice competition was airing, and she expressed disbelief over the WWE’s decision to release her right at the time she was appearing on a popular reality series that would have essentially given the company free access to non-wrestling fans who might be enticed into watching WWE programming.

Working on Celebrity Apprentice was the hardest thing she’d ever done, she said, but she liked the format enough to do something similar again; in fact, Kanellis expressed her wish to one day appear on Dancing with the Stars.

But despite her budding musical career, she kyboshed the idea of doing American Idol, saying it was too much like WWE, in that, both want to own the rights to everything produced.

“I finally got free from a prison and I don’t want to go back to a prison,” Kanellis said.