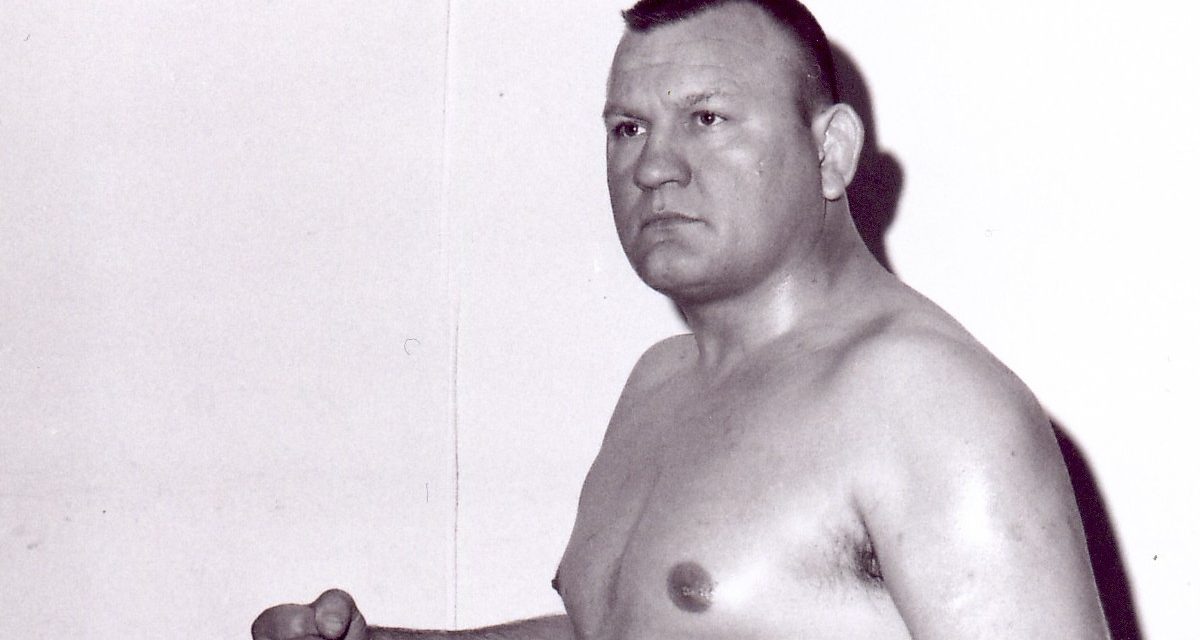 By SCOTTY SWEATERVEST – For SLAM! Wrestling

PORT ROBERTS, Wash. — It was a beautiful, sunny day as a standing room only crowd converged upon The Reef Tavern in Port Roberts on Sunday, April 25th to celebrate the life of “Canada’s Greatest Athlete,” former World heavyweight champion Gene Kiniski.

Decorated with photo tributes to Kiniski’s legendary career, several hundred people crowded into the tavern located in a tiny town on a small peninsula in Washington State that can only be reached by traveling through Canada. Gene Kiniski’s son, Nick, joked that it was the most people he’d seen in his tavern at one time in over 20 years. 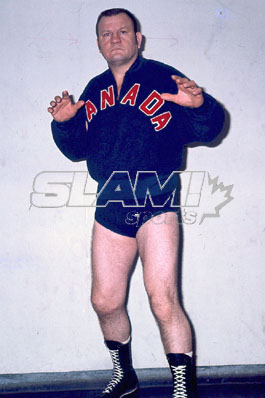 The program included about a half dozen speakers sharing their stories about Gene Kiniski, the performer, the gentleman, the ribber, the father.

Broadcasters Bernie Pascal and Wayne Cox recalled their time working with Kiniski. During his career, the media-savvy Kiniski was well aware of the importance of working with the mainstream media. Gene would make it a point to get to a town early to read the local paper to find any news he could use in interviews with television and radio stations. He believed that by making it personal to their lives, they would have a vested interest in the show — and him. Of course, that would translate into more tickets sold and larger gates drawn.

Perhaps, more importantly, speakers focused on Kiniski’s life outside of the spotlight.

Kiniski’s sons, Nick and Kelly, recalled stories of how they were raised from a young age by a single father who always made sure they had everything they needed, while maintaining his distinction as one of the greatest of all time.

His 94-year-old sister, Dora, recalled what it was like to grow up with Gene and gave an interesting look into Gene in his younger years.

In one of the more light-hearted stories, a family friend, introduced simply as “Bubbles,” let the crowd know that at 81 years old, Gene “still had it” when she was visiting him in the nursing home and he lifted her into his bed in a playful moment.

One of the most poignant stories about Kiniski’s concern for others was from a young man, introduced as “Carolina,” who had grown up with Gene as a father figure. In his younger years, Gene was always willing to take Carolina’s calls when he was in trouble or needed a ride home when he was out and had too much fun. In Gene’s later years, Carolina would help Gene with errands and yard work. One day while visiting Gene, Carolina asked Gene how he was feeling. Gene told him that he wasn’t worried so much with his condition, but whether or not Carolina would have someone to take care of him as he got older as he had done with Gene.

It was an afternoon that was billed as a celebration of Gene Kiniski’s life — and it delivered in spades. One final sellout crowd for the man known as “Canada’s Greatest Athlete.”

Scotty Sweatervest has been a wrestling announcer since May 2000. He has had the opportunity to appear in promotions throughout the Pacific Northwest, California, Ohio, and Florida.