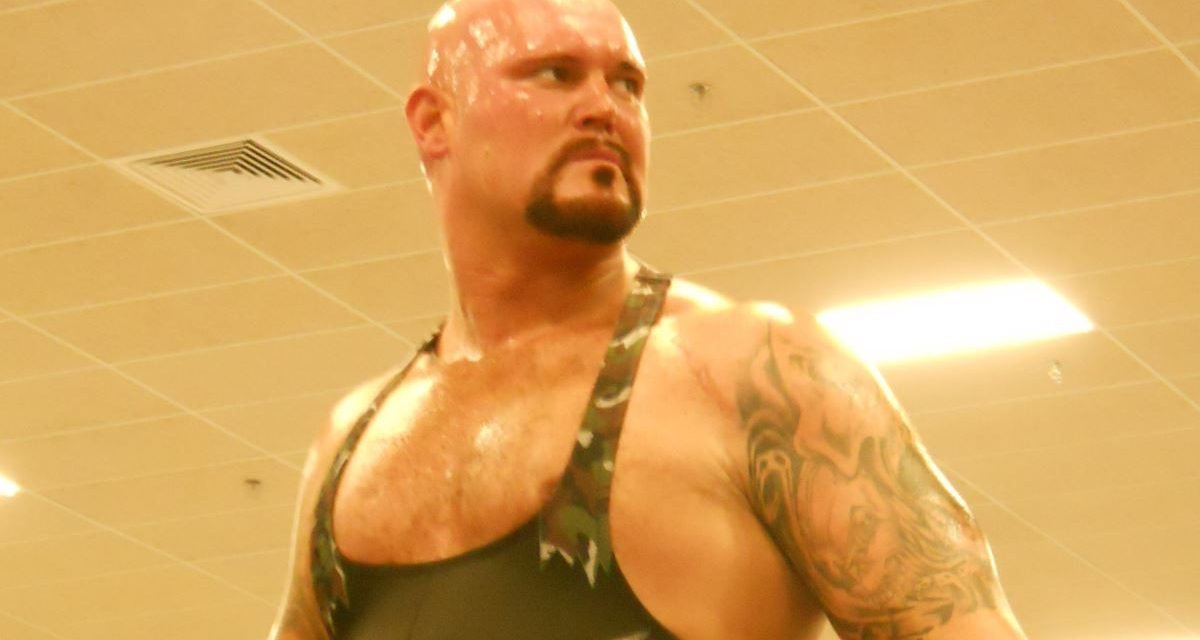 Drew Hankinson is the first to admit that his previous character, Festus, had a limited shelf life, whereas the sky is the limit for Luke Gallows, current follower of The Straight Edge Society.

“Not that you pigeon hole yourself, but there’s only so much you can really do with that,” he said of his previous incarnation, the simpleton Festus who came to life when the bell rang to signal the start of a match. 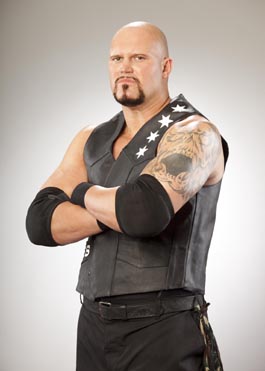 “I loved my time with Jesse and stuff like that, and I hold that dear to my heart. But I knew there had to be, Festus was never going to main event, Festus was never going to be in too many featured matches, because, for one thing, if you can’t talk, it’s hard to get over,” he said. “So just being a character like that, having someone lead me around by the hand, I was always coming up with ways to get out of that.”

With the April 2009, Supplemental Draft, Festus was drafted to Raw and separated from Jesse (Ray Gordy), who was Slam Master J for a short while. Instead of being buried on Raw, Hankinson was told to stay home.

He took the opportunity to recreate his body and make one of the most remarkable transformations in wrestling history, from the flabby Festus to the godly Gallows.

“I think the Festus thing was dying, for sure. I knew I didn’t want to see my career go downhill with him. I knew I had to make a physical transformation,” Hankinson explained.

In the end, he lost about 40 pounds and looked like a new man.

“I saw a picture of myself online actually, standing in the ring, as Festus. I was going, ‘What am I doing with all this? I’m passionate. I’ve got to get that going.’ I saw a picture of myself and I looked absolutely horrible. I’ve got the black diaper trunks on” — which he admitted would look horrible on anyone — “so I talked to some people, I got on a low-carb diet. When I trained at the gym, I would do cardio with a sweatsuit on. I would wear a trash bag. I would cut the sleeves out, and make a neck out, and basically make a trash bag T-shirt. I would work out with that thing for two hours a day. It worked. Now I just have to keep it off!” 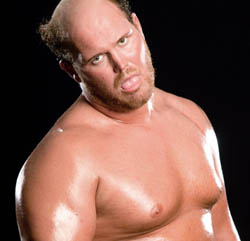 While he was off, CM Punk was in his ascendancy on Smackdown, and thought he should develop an army of followers. He had his eye on Hankinson.

“[Punk] was talking to me the whole time that I was home and that I was off. He was wanting to bring someone in, sort of as a heavy. He pushed for me,” Hankinson said.

“I got the opportunity to come and for them to see me, because I’d been sitting home for a few months. I came in, they got to see me, that I’d dropped weight and was moving better.”

After six months off TV, Hankinson reappeared on Smackdown in November 2009, sporting a goatee and a black outfit.

He was thankful for Punk’s belief in him and took to the character — and more.

“It was a lifestyle change. It was a Straight Edge thing too, when you’re not sitting around drinking beer after the shows and stuff like that, you’re conscious of your diet,” he explained. “I was always in the gym, I was a big, strong guy, but now I’m conscious of being fit and in shape. I think it makes it way easier when I’m out there too, that I don’t have that weight to carry around. People can see that I’m athletic for a bigger guy and that I can move, so hopefully that’s in my favour.”

Growing up in Maryland, Hankinson became a huge wrestling fan when he was eight years old. He got Hulk Hogan and Sgt. Slaughter wrestling figures to coincide with WrestleMania 7.

“I wasn’t just a kid that grew up watching wrestling, I was bit by the bug. I read every magazine, every interview,” he said. “I was all over it. I guess I was just a big mark when I was a kid. I followed the guys around, went to all the shows, the local independents.”

His father, who is actually bigger than he is at 6-foot-8, took them took the matches. “He would roll his eyes, hem and haw, but then he’d end up doing it. But now I don’t have a bigger supporter than him. If it wasn’t for them, in the rough times, when I was trying to come up through the independents and stuff, I never would have made it if I didn’t have somebody supporting me like that.”

Hankinson was offered a football scholarship to Fairmont State, a Division II school in West Virginia. While there, he discovered Mason-Dixon Wrestling, a small independent promotion. He began learning to wrestle, and soon faced a life-changing decision.

“I had my first match at the mall in town, and I had a mask and had a Band-Aid over my little tattoo I have on my arm. I look out in the crowd, and I saw my coach out there in the front row. I was like, ‘Oh God, I’m screwed now.'”

The following Monday, the coach called Hankinson into his office.

“I’d just bleached my hair blond, because I was working in North Carolina that weekend and I didn’t have to wear my mask. He said, ‘You need to decide if you want to be Dusty Rhodes or contribute to this football team.’ I’d been sitting there. I said, ‘Well, I’d rather be Dusty Rhodes.’ And I got up and walked out. He called me back in and said, ‘You’ve got a week to think about it.’ I knew what I was going to do, and I quit.”

More difficult than walking out on his coach and team was facing the family.

“I had to go home and face my old man and tell him that I was giving up this free education to pursue pro wrestling. I was making ten bucks a match at that time.”

To contribute to the household, Hankinson waited tables, worked construction, and continued schooling part-time. One of his wrestling names was Dorian Deville.

He was assigned to the Deep South Wrestling developmental territory, and he still lives in the Atlanta area to this day. In DSW, he was known as Deacon Deville, and then The Freakin’ Deacon.

In 2006, Hankinson was called upon to play the Imposter Kane in a short-lived storyline related to the May release of the See No Evil film. The feud ended just a week after a less-than-epic faceoff at the Vengeance pay-per-view.

A year later, vignettes for Festus and Jesse began airing on Smackdown and they debuted not too long afterward.

There were a lot of people who helped him along the way, said Hankinson, both in Deep South and behind-the-scenes in WWE. “When I got there, I’d been on the independents, and I had no idea what I was doing,” he admitted. “We have a great team of producers, Arn Anderson and [Fit] Finlay have just helped me out tremendously with in-ring stuff and learning the business and things like that. You couldn’t ask for better people. It’s obvious, look at their careers, they are two of the best in-ring performers of all-time. I can’t praise those guys enough.” 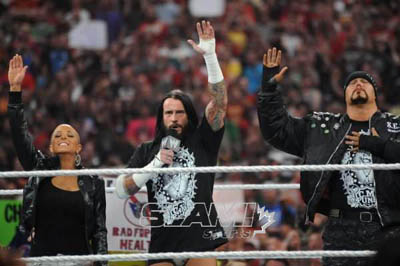 But where does Luke Gallows go from here?

He thinks there could be a singles push down the road.

“I’m turning some heads right now, and I think we’ve got big things coming,” he predicted before SummerSlam, where the Straight Edge Society lost to The Big Show in a three-on-one match. “Hopefully, I’m going to have legs of my own from there.”

A lot of it he truly does owe to CM Punk.

“Thankfully when Punk came along, we were talking about all this, and it ended up working out. So hopefully I’ll continue to climb the ladder from here, because I’m really having a blast doing it. I love, love what I do in WWE. … I’ve wanted to do it since I was eight years old, so I’m very thankful that it’s working out.”

Greg Oliver was pleasantly surprised when Luke Gallows admitted to being “familiar” with his work. Greg can be emailed at [email protected].