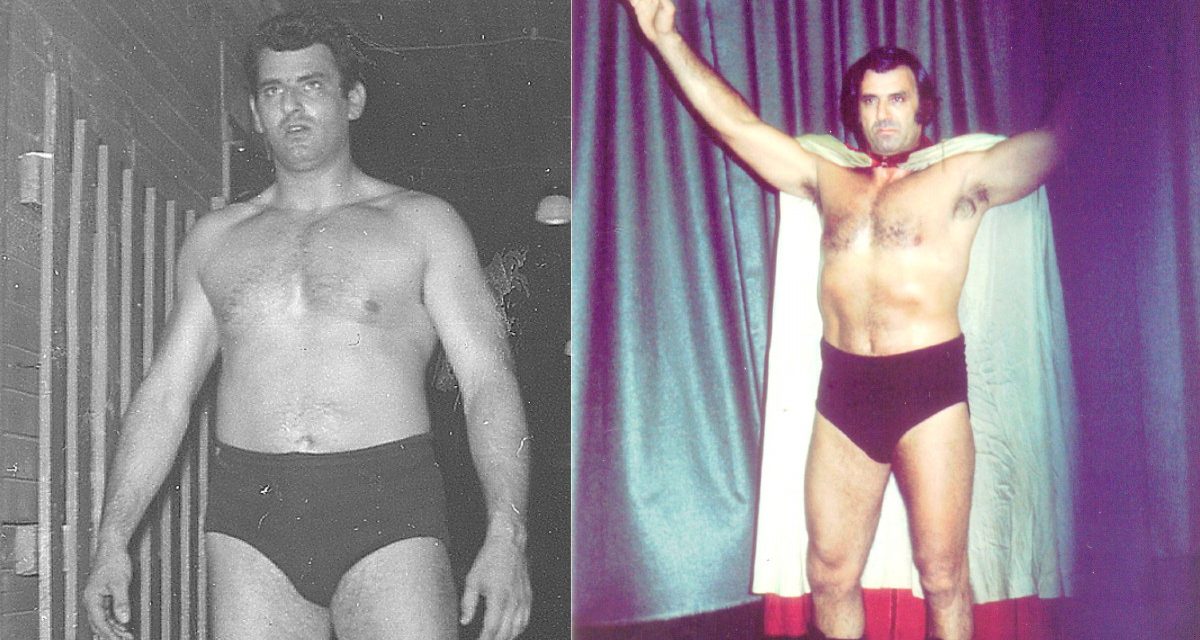 Sometimes you know when you are calling someone that it will likely be the last time you talk to them. That’s the way it felt when I called Baron Mikel Scicluna in October 2009. The Baron, who died Saturday, March 20, 2010, after a long battle with cancer, had a remarkable life story, and I feel fortunate to have crossed paths with him numerous times.

Having heard about the cancer he was facing, I called up.

He was pretty matter of fact about the uphill road ahead of him.

The cancer was the “news hook” in journalism lingo for my feature about Scicluna’s career: Baron Mikel Scicluna talks foes new and old.

But I’m going to take away the positives of my time with him.

The Baron — who always called me “Oliver,” but I’m not sure if that was because he couldn’t remember my first name or not — was not exactly the best interview in the hundreds and hundreds that I have done. He was usually short with his answers, and wouldn’t knock people. He wasn’t that opinionated or a braggart. And he loved to put over how great Bruno Sammartino was. 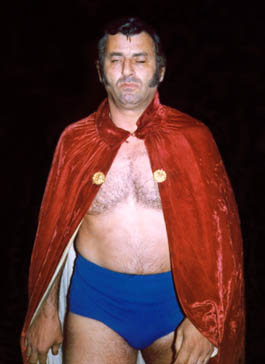 Baron Mikel Scicluna heads to the ring in the 1970s. Photo by Steven Johnson

I initially contacted him for my first book, The Pro Wrestling Hall of Fame: The Canadians. Scicluna was one of many “Imported Canadians” I wanted to include. Though he has always been associated with the small island of Malta — and rightfully so, since that is where he is from, and where he returned year after year on vacation — his early adult years were in Canada, Toronto in particular.

He was just one of the fascinating collection of Toronto wrestlers from the 1950s; where Hamilton’s grapplers were carved by the steel of the city, Toronto’s were a true melting pot.

You had Dave “The Wildman” McKigney, who grew up in an Orange home orphanage. You had “The Hungarian Wolfman” Willie Farkus, who indeed came from Hungary. You had Newt Tattrie, the future Geto Mongol, who would create his international alter ego based on an encyclopedia entry. And young Wally Sieber would mature into Waldo von Erich. And then you had Scicluna, who started out as Mike Valentino in an attempt to wow the female fans.

There were many places to work out, including the Jewish Centre at the heart of the city, and the Weston YMCA. Somehow, their paths all crossed at one point or another during the early to mid ’50s.

Scicluna lived in Toronto for many years during his wrestling career, in part because his lovely wife, Gloria, was from Ontario’s capital city. Together, they had one son, Mike Jr. When the first Titans in Toronto dinner was organized in 2004 to raise funds for the Pro Wrestling Hall of Fame (PWHF), Scicluna was on board for six tickets for friends and family, while he was at the head table.

He wasn’t the best speaker, perhaps — though he was easier to understand than the Wolfman! — but he was always professional and friendly with fans.

I crossed paths with him at a Cauliflower Alley Club reunion, which he went to with his close friend Dominic Denucci, and Denucci got Scicluna further involved with the PWHF.

Probably my best Scicluna memory from the PWHF was on a Saturday morning, when photographer Andrea Kellaway and I arrived for the breakfast buffet in the restaurant in the hotel where everyone was staying. He was sitting alone, and we sat down to join him and chat about just about everything. I remember Andrea commenting how nice he was and how cool it was just to sit and converse in such an easy fashion with a star. (The next morning, we sat with Paul “Mr. Wonderful” Orndorff.)

The last time I saw the Baron and his wife, in May 2009, was at another PWHF induction weekend. They had driven in from Pittsburgh — he always loved to drive, hence his post-wrestling job as a driver for The New York Times (which also netted him a very valuable pension).

We had a lovely chat about Toronto, about Scicluna’s nephew, who had started wrestling, and other things. With the recorder off, he was just a normal guy; you’d never have guessed he was either a hated bad guy or so-called royalty from Malta.

To me, it’s kind of sad that so many of the reports of his death focus on the fact that he was a WWE Hall of Famer, like that alone justifies the fact he was a legend. Sure, Scicluna was a loyal WWWF company man for 20 years, dutifully putting over those who he was asked to, and knocking down the others. But he was far more than that, and the promotion of the WWE Hall of Fame honour over his strong runs in Australia or Toronto or New York diminishes his in-ring accomplishments.