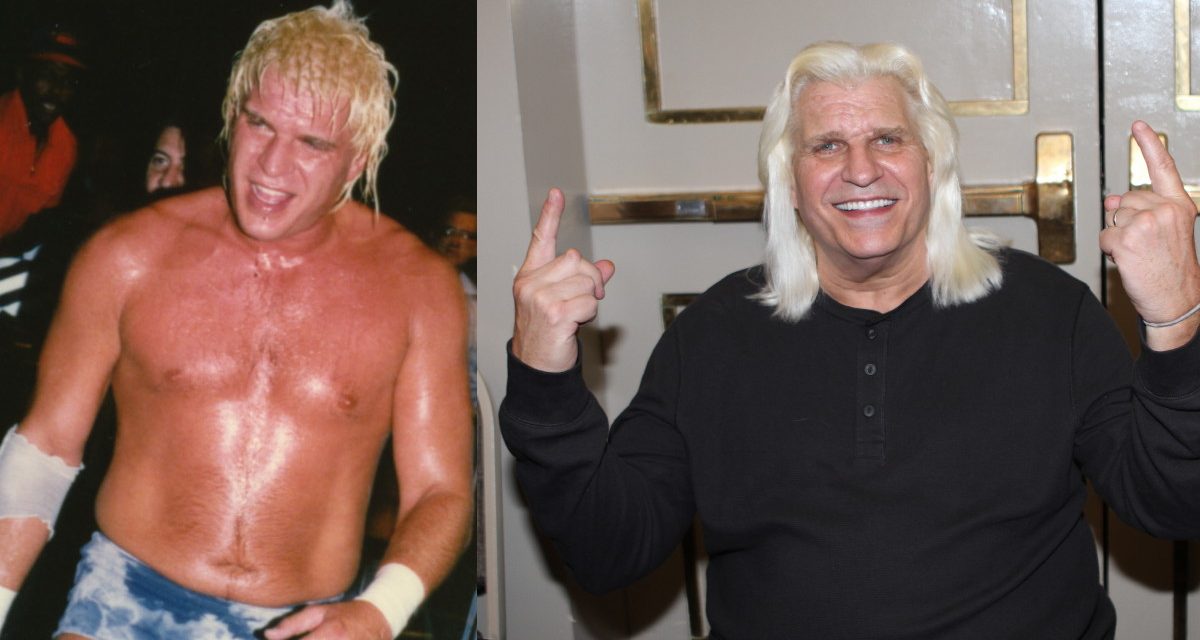 It takes “Wildfire” Tommy Rich a while to get going, especially when the interview is before 9 a.m. But before long, he’s cooking, cutting a promo like the old times.

Rich is a part of the Legendsmania fan fest this weekend, March 12-13, at the Sheraton Gateway Hotel in Atlanta, Georgia.

Do you still enjoy meeting with the fans?

Do you still get recognized a lot away from the reunions?

“Quite a bit, especially around here in Georgia,” he aweshucked. 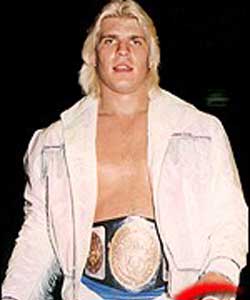 But by the end of the interview, having touched on some interesting subjects and been reminded of some good times, he’s off and running, trying to get the proverbial asses in the seats.

The event is the first major fan fest in Atlanta, which was the home base for Rich during most of his career.

“First time in Georgia, especially in Atlanta, that’s where it all started. I mean, I think that’s what put rasslin’ on the map, Georgia Championship Wrestling. To come home to Georgia for a big fan fest at the Sheridan Gateway, I think it’s going to be a big day. It starts Friday with a little kickoff, then Saturday’s going to be the big shindig. I’m looking forward to it. There’s going to be a bunch of folks there.”

The reunion is being promoted around tag teams. In Rich’s case, he successfully teamed with a lot of different people. He couldn’t pick a favourite partner.

“I come from the old school when rasslin’ was rasslin’, man. I got to team up with, shoot, Stan Hansen, Ricky Martel, Mr. USA Tony Atlas, Thunderbolt, Wahoo McDaniel, shoot, Bruiser Brody. It’s hard to pick one when you got to team with such great rasslers, it’s hard to pick one, because they were all great,” he said.

For this weekend, he’s paired up with Thunderbolt Patterson, who was always a polarizing figure in professional wrestling. What was Thunderbolt like to work with?

“Got some mixed emotions on Thunderbolt. I never had no problem with him. He was always very good to me. He’s an ordained minister now, so he’s doing real well now too, so that’s a good thing,” Rich said, admitting that trouble seemed to follow T-Bolt around. “Heh, heh, Thunderbolt upset quite a few of them. Of course, I guess they upset him too, because it goes both ways. … That’s a story in itself. You have to get the story from Thunderbolt on that. All I know is what I’ve heard and what you’ve heard.”

Originally from Hendersonville, Tennessee, Rich’s father was a friend of wrestler Eddie Marlin, and he got to know the Memphis promoter Jeff Jarrett, who was the one who taught Rich to wrestle in 1974 after a career in football never panned out. From the get-go, he was a marketable star, good looking enough for the girls to go wild, but tough enough for the boys to respect.

Though his career went through many ups and downs, he was a figure on the national scene off and on up into 2000, as the “Big Don” Tommy Rich in ECW’s Full Blooded Italians.

Always a featured star in the magazines, Rich hit the business’ zenith on April 27, 1981, in Augusta, Georgia, when he became NWA World champion.

“That was another milestone in my career, too, beating one of the greatest world heavyweight champions in the world, Harley Race, beating the best. I had the opportunity to be in that category,” he said. Rich said that he doesn’t regret the short five-day run with the World title, or the fact that he never got back to the top. “A lot of guys might be bitter about it, but it’s all been good to me.” 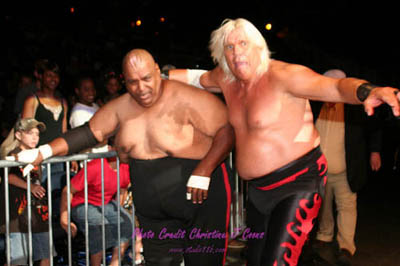 Abdullah the Butcher and Tommy Rich renew an old feud at the NWA 60th anniversary show in Atlanta in 2008. Photo by Christine Coons

What’s he up to these days?

“I would say skinny and mean, but I’m fat and sassy now,” he chuckled.