Julie Hart writes back at the Hitman

Julie Hart, ex-wife of Bret Hart, has responded to comments made by her former husband in his recent autobiography. 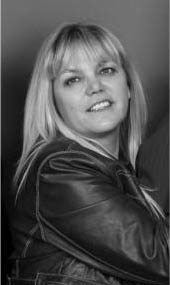 Hart, who was married to the “Hitman” for 20 years, has now penned her own autobiography coming out later this year.

“There are two sides to every story,” Hart states to SLAM! Wrestling. “There were many incidents he wrote about that I would like to share my perspective on.

“The book took me six years to write, it is very dark; I think people will be shocked at a lot of things. I cover a lot of different issues that fans are expecting and some they aren’t.”

The 49-year-old mother of four said that she was “shocked” to read details about the affairs that her former husband was involved in.

“I actually wondered at one point as to whom I had married, he definitely led a double life. The lifestyle that wrestlers maintained on the road 24 hours a day was very hard to turn off when they came home.”

The Hitman, who is a former seven-time World Champion, released his candid autobiography, Hitman: My Real Life in the Cartoon World of Wrestling, in 2008 and depicted his wife as being constantly frustrated with him.

“I wish he had given some examples of why I would be mad,” exclaims Hart. “It was tough being married to him and stardom has a price to pay when your family isn’t quite in the same spotlight. I suppose to Bret it felt like I didn’t care enough by the sound of his book.”

“There was a time when I believed that there was a clear line between Bret Hart the character and Bret Hart the family man, but now looking back I’m a little confused about who he was. He always said family was first and business was second, I’m scratching my head about that one.”

Adulated by millions of wrestling fans all over the world, the Hitman was away on the road for long periods at a time while Hart found it tough to raise her children as a single parent. 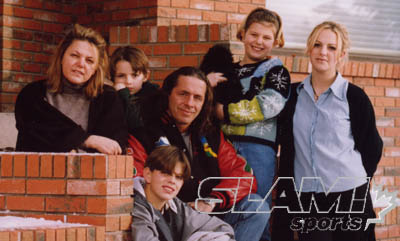 “It was especially hard when the children were younger,” adds Hart. “He missed out on a lot of things the kids were doing. I did a lot of normal family things with them to help distract from the fact that their dad was gone.”

The relationship broke down and in 2002 Bret filed for divorce. “I think it was the right thing to do. We both came to a fork in the road and no longer had it in us to walk with each other in the same direction.”

Despite all the negatives that Hart has faced involving professional wrestling she has no bitterness towards the business.

“Wrestling gave me and my family a lot of opportunities,” Hart explains. “It was very generous to us, I grew up in a small town so going to all these big cities and a new country was truly an amazing experience.”

Hart, who has for the last ten years has been deeply involved with charity work, is now looking forward to the future. Among her current projects is a virtual museum paying tribute to legendary wrestling promoter Stu Hart, the father of Bret Hart.

Her autobiography is expected to be available worldwide in the summer of 2010.

DARREN WOOD is a freelance journalist based in Staffordshire in the United Kingdom.