“Stone Cold” Steve Austin, The Undertaker and Kane are the top graduates of the University of Dutch and wrestling fans can now receive the same education as some of their favourite ring stars.

With his recent autobiography, Dutch Mantell was hoping to impart the knowledge he’s been privy to and shared with his students over his 30-year career in the ring and behind the scenes. 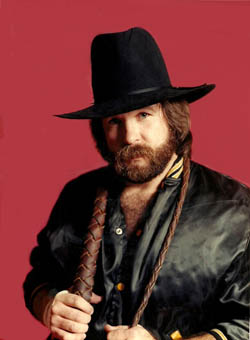 “I wanted a fan to feel like we were in a car, riding down the road and I’m telling a story,” Mantell told SLAM! Wrestling. “I’ve had these stories in my head for so long, a lot of them, and unless they’re documented and written down, wrestling folklore, a lot of it, it’ll disappear.”

This was the way Mantell learned the business, travelling with savvy ring veterans hundreds of miles to the next town after each show. It’s also how he hopes to educate younger fans about the industry’s past.

“I think I achieved what I set out to do, which was to take the reader back years ago and brought them up to the present time and I tried to point out what’s gone on in the wrestling business and how it’s changed,” he said. “That was the purpose of the book.”

One thing that fascinates Mantell is how the wrestling business has imploded upon itself during the course of his career.

“When I got in the business, there were 30 some odd territories or companies you could go to work for,” he said. “It’s gotten bigger, but it’s gotten smaller.”

Another issue Dirty Dutch has with the current state of wrestling is the lack of interesting characters. For someone who battled with and against the likes of Kamala, Bruiser Brody, Abdullah the Butcher and others, Mantell is sad to see the disappearance of monsters in wrestling.

“A lot of the wrestlers look the same as the ones that came out in the match before they did,” said Mantell. “You don’t have the monsters that used to exist in wrestling. They’re still around, but back in the day that was the norm instead of the rarity. If a guy walked out like some of the guys today, they’d be in the first match. Some of the main eventers today would look like first match material 20 years ago.”

While he takes issue with some of the ways business is conducted in wrestling today, in his book, Mantell avoids taking shots at his colleagues, rather choosing to show the lighter and unusual side of the industry with stories about Randy “Macho Man” Savage taking on a police dog in a Memphis waffle house, locking up with a wrestling bear and wrestling inside a maximum security prison, as well as in front of a percussion orchestra.

“I think there are too many negatives in wrestling to begin with,” he said. “I didn’t start it out in chronological order saying in 19-whatever I started there and then I went to there, this happened here and whatever. It was back and forth and I thought it was different. Wrestling bears, you don’t hear that that much. The things with Savage and the waffle house, I always loved that story. It’s vintage Randy; he was crazy from the beginning.” 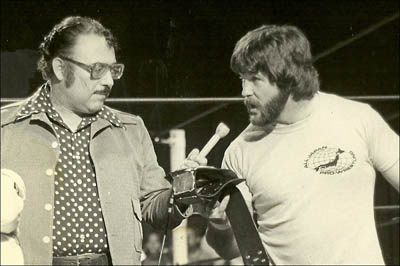 Mantell is now hard at work starting a couple of new projects he has finally had time to tackle since being released from his booking position with TNA and later IWA Puerto Rico. He plans to release another book with more stories from his three-decade long career and is also hoping to open his own wrestling school in Nashville.

“Since I’m no longer with TNA, I can’t just take 30 years of experience and go do something else,” Mantell said. “I think if some of these guys have a good trainer, somebody who knows what they’re doing, there may be some money in it for some of them.”

Given his past alumni, Mantell could be in high demand as a mentor and the University of Dutch may well have future grad classes heading out onto the road in the footsteps of their professor.

For more information on The World According to Dutch, as well as Mantell’s school, readers can visit DutchMantell.com or e-mail him at [email protected]. For those interested, if you order the book through Mantell himself, you can ask for the special collector’s edition package, which includes the signed book, a signed 8×10 color photo of Mantell and a personalized diploma for graduating from the University of Dutch.

Daniel Wilson feels he has now earned a PhD from the University of Dutch after reading Mantell’s autobiography and speaking with one of wrestling’s great minds.