The bid to establish a national wrestling promotion in the 1970s came about because Ron Martinez was a basketball junkie. In pre-ESPN days, TVS was the major TV syndicator of college hoops, and Martinez struck up a friendship with Eddie Einhorn, who ran the company and followed wrestling. He connected Einhorn with his father, promoter Pedro Martinez, and they established the International Wrestling Alliance in 1975.

The IWA offered guaranteed money to lure talents like Mil Mascaras and Ernie Ladd, and placed its tapings in TV markets all around the country, with innovations like freeze frames and slow-motion replays. Ultimately, the promotion fell by the wayside, but Ron, an announcer and booker for the IWA, called it “the most fun I had in the business… We did a lot of things that became pretty standard 10 years later.”

Martinez was still dabbling in wrestling, selling classic videos from his home in Seffner, Florida, when he died last week at 57. He was discovered February 20, after friends asked a sheriff’s deputy to check on him because he failed to show up for work at a Tampa entertainment complex.

His son Jason said it appears that his father, who lived alone, suffered a heart attack on February 18th. “We think he just fell asleep in his chair to take a nap like he usually does, and didn’t wake up,” he said.

Friends and colleagues mourned the loss of the affable Martinez, who was a wonder kid in his father’s Buffalo-based promotion and later played a pivotal role in opening up the home video market through his PM Film and Videotape Company.

“He was an innovator; there’s no doubt about it,” said veteran ring announcer Rick Gattone of Buffalo, who was friends with Ron for more than half a century. “He had an incredible, gentle nature to him. He was just a good and kind guy who wanted the best for everybody around him, and that’s unusual in this business.”

Filmmaker Victor Rook interviewed Martinez several times for his Stronghold: In the Grip of Wrestling documentary and was impressed by the depth of his feelings for the sport. “I just hate when people who are passionate about wrestling leave us,” said Rook, who suggested ways for Martinez to digitize his extensive video library. “He will be missed and remembered.” 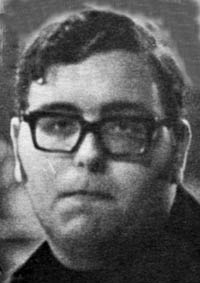 Wrestling fever ran high in at the Martinez household in Buffalo. A matchmaker and ex-wrestler, Ignacio “Pedro” Martinez became the go-to man along the lower Great Lakes when he bought Ed Don George’s 16-city promotion for $100,000 in 1955. Pedro’s daughter Ethel married local mat star Ilio DiPaolo, while son Ron hawked programs as a kid and graduated to ring announcer when he was just 16.

While wrestling in the area hit the skids in the mid-1960s, the formation of the National Wrestling Federation in 1969-70 rejuvenated the territory. Ron said the idea behind creating a new promotion was Math 101, based on National Wrestling Alliance demands.

“In the 1960s the NWA took 10 percent of the gate — 8 percent went to the NWA champ, and 2 percent went to the NWA,” he told Greg Mosorjak of the Kayfabe Memories web site in 2003. “Pedro figured, ‘Why pay that?’ and he would have his own champs. The first belt they had was the North American Title; it was the old U.S. belt used in Chicago.”

Ron’s most visible role was as a TV announcer with Cleveland-based Jack Reynolds; though he was only 20, he also wrote some of the TV shows and held the microphone while Eric the Red, the Love Brothers (Hartford & Reginald), and “Beautiful” Bruce Swayze belittled him during promos for upcoming cards.

“I have a lot of good memories from the early years, especially the promos Ronnie did with us, and many more,” Swayze recalled. “We broke him up on just about every interview.”

The NWF experience also provided Martinez with a lifetime of stories. He considered Luis Martinez, an NWF tag team champion, “like a second father,” and reminiscing about Luis usually brought him to Chief White Owl, the other half of the championship team.

“He had a day job as a deputy sheriff, which was laughable because he was one of the biggest con men I have ever met,” Martinez said in an interview with SLAM! Wrestling. “We stopped at a gas station for a fill-up, and this particular gas station was giving away free drinking glasses, one with each fill-up. The Chief got a fill-up, asked the attendant for something, then stole a case of glasses from the pumps and sped off. I remember that it was raining cats and dogs at the time. What a character.”

The Buffalo booking office was run on a shoestring by Bill “Li’l Abner” Osborne, Powers, and father and son Martinez. When Pedro added the Pittsburgh promotion to his collection in 1972, paying $75,000 to owner Geeto Mongol, Ron did triple duty in announcing for TV, managing promos, and keeping the federation on track.

Burned out by 1973, and concerned his father wasn’t reinvesting enough in the company, Ron curtailed some of his activities, though he was still a TV presence. The Buffalo operation foundered, though, as the region’s economy soured, and Pedro Martinez sold half his interest in the office to the Sportservice vending company.

But the IWA rekindled Ron’s enthusiasm, and he was instrumental in producing TV, announcing and booking. After Einhorn pulled out in late 1975, citing business conflicts, Martinez stayed with a scaled-down IWA in the Virginia-North Carolina area for a couple of years.

“Pedro went for the ride and enjoyed the work that his son was doing. But if you look at Ronnie, he really foresaw that the IWA was the future, and it made a lot of people happy for a few years with quality shows that were put together professionally and properly,” Gattone said. “The more you dig into this guy, the more important he becomes.”

In the 1980s, Martinez ran tours in African countries such as Liberia and Nigeria. In recent years, he worked at the Seminole Hard Rock Casino and Hotel in Tampa, and operated the videotape business from his house east of Tampa, where old cans of film lined the walls.

Tape aficionados believe he had the most significant stock of old-school videos not owned by someone named Vince McMahon. In addition to the IWA, the collection includes tapes from Detroit, Chicago, San Antonio, Buffalo before the NWF era, and other cities. Gattone, who personally hauled tapes from Buffalo to Florida in late 1970s, said some never-before-seen footage still is awaiting transfer to a modern format.

But it always pained Ron to tell fans that no video of the NWF exists, because the 2-inch tapes, which ran $250 each, were too expensive to save as keepers. “When they came back in, we simply recorded over them. We didn’t know at the time how valuable they would become,” he said.

Jason Martinez said he already has had inquiries from some of his father’s business associates about the collection’s availability. “Most of the video library, there are a lot of people who are interested in purchasing it, as well as the rights, because he kept the rights. It was always his passion.”

Martinez is also survived by a daughter. Pedro Martinez died in Ft. Lauderdale, Fla, in 1998. A memorial service was scheduled for Feb. 24, from 6-8 p.m. at MacDonalds Funeral Home, 10520 N Florida Ave., in Tampa.