The World According to Dutch by Dutch Mantell is not your typical wrestling autobiography … but that’s a good thing.

The Dirty Dutchman’s book reads more like a collection of short stories or excerpts from his career than the usual biography that takes the reader on a journey from childhood through career of the subject. The anecdotes come from Mantell’s close to 30 years in the industry. 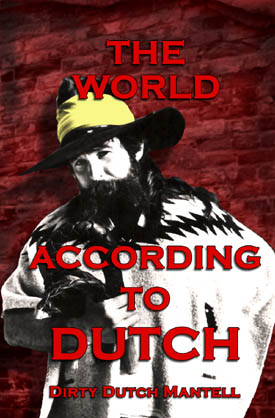 Mantell includes tales about his experiences in the old territory system, wrestling and booking in Puerto Rico, touring Japan and creating the Knockouts Division in TNA. He also writes about his experiences with the Undertaker, Steve Austin and Kane, before any of them hit it big with the WWF/WWE. As Mantell puts it, they all graduated from what he calls The University of Dutch.

There’s no prologue lead-up to the book, as Mantell cuts straight to the chase, beginning with his earliest days in the sport.

Although Mantell may be best recognized for his on-screen role as Uncle Zebekiah in the then WWF, his greatest contributions to the business likely came without much credit, as a booker for promotions in Memphis and Puerto Rico, along with TNA. The reader also learns that Mantell had a great run in the ring — despite never headlining in WWE or WCW — as he was a main event draw around North America, particularly in Memphis where he battled Jerry Lawler and Andy Kaufman.

Mantell is definitely not the most detail-oriented writer to publish a book. More often than not, he leaves out descriptive points, but apologizes for the missing facts, writing, “In this book, never hold me to actual dates or times. I’ve had thousands of matches, but most of them I don’t remember — nor do I remember the dates. I’m not the only wrestler like that. Ask any of them. I’ve also been hit over the head with solid objects like chairs and baseball bats a couple of thousand times so forgive me if I forget a few details, like my name. It’s the wrestling business. It’s accepted.”

Unfortunately, most wrestling fans are very serious about details, such as dates and who faced who, what was the result, etc. On one occasion, in particular, Mantell gets his facts mixed up, which will have many readers confused and scratching their heads trying to figure out the truth.

When discussing the Clique’s Curtain Call at Madison Square Garden, Mantell describes watching the event take place from behind the curtain, saying he had managed the Blu Brothers earlier that night against the Headshrinkers — or as he puts it, the Samoan and the Barbarian. All four of these men were no longer with the company at the time of the Curtain Call incident and Mantell is off on the date by exactly one year, writing that it happened on May 19, 1995, when it happened on May 19, 1996.

Mantell could have still been at the show, as his next charge Justin “Hawk” Bradshaw started for the WWF around this time, but he did not wrestle on this exact MSG house show. 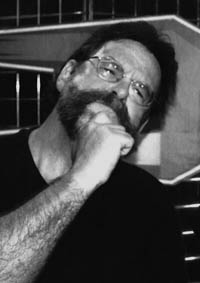 Mantell gives it all some thought during his TNA days.

The story bounces around, with no fixed timeline, but that’s not necessarily a bad thing, as the breaks from one subject to another are kind of refreshing and the book is a great read for people with a short attention span, given its short chapters and easy going subject matter.

Dirty Dutch’s character really comes out in the autobiography. He’s a very likable character, who greatly enjoys the art of the wrestling business, both in the ring and behind the scenes in the booker’s office. He’s a great storyteller and entertainer, dropping a number of his industry famous Dutchisms into the work.

Another great feature to Mantell’s story is that he lets the reader know when matches or interviews he discusses are available through YouTube. This helps fans add some visuals to the words he has provided. The clips include Mantell’s match with Jeff Jarrett, in which a percussion orchestra played along to the in-ring action and his famous feud with Randy Savage.

Mantell pieced the book together in quick fashion and writes that he hopes to write a second autobiography, which will include the stories he had to leave out of the first edition for various reasons.

All in all, Mantell’s book may be scattered and lacking in depth of details, but most of the stories have never been told anywhere else and the Dirty Dutchman is an endearing character that grows on the reader.