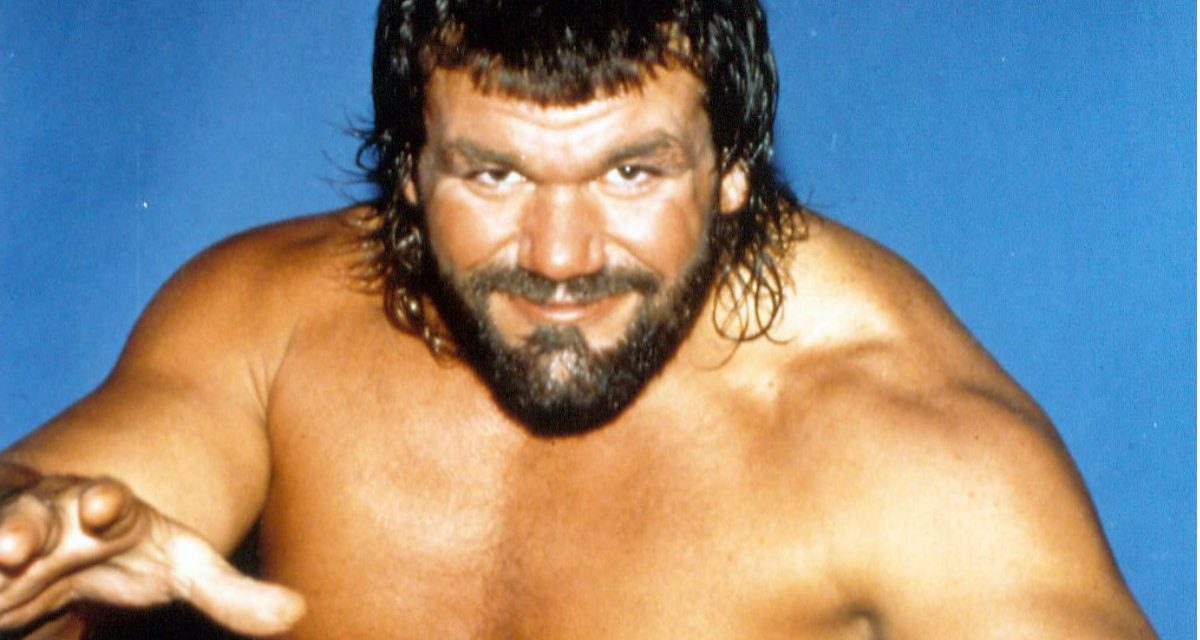 We just couldn’t finish 2009 — the year of deaths — without another. Michael Jackson, Farrah Fawcett, Walter Cronkite, Patrick Swayze, Soupy Sales, Ed McMahon and from our wrestling world, John Tolos, Eck Fatu and so many more. Even though we knew Steve “Dr. Death” Williams’ passing could come at any time, I don’t think anyone was ready for this awful news. What an incredible athlete, fighter and friend he was.

Although he looked extremely tired in the SLAM! Wrestling’s gallery shots from a recent fanfest with his famous beard gone, most likely from chemo and radiation, he also had the infamous mischievous smile on his face. He had emailed me that he enjoyed seeing Honkytonk Man (Wayne Ferris), Bill Dundee and others whose company he enjoyed. “Always have fun at these things. I love mingling with the boys,” he wrote to me.

As much as I missed the weekly Saturday calls from the incredible Buddy Rogers when he passed a decade and a half ago, and the daily Japan emails from Doc’s contemporary Gary Albright, I’ll really miss the near-daily emails and calls from Williams. 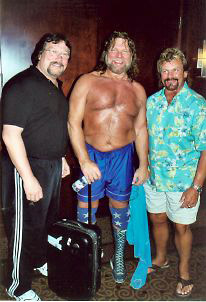 Anyone who knows him also knows how self-deprecating he always was. “No f’ing cancer kazoo for me ever. Even though it’s a pain in the ass, using my thumb and finger to help me speak works best right now.”

He was touched that Dawn Marie and her friends with Wrestlers Rescue were trying to help him. He was touched that Jim Ross forgave him and in his own words, “cherished my friendship with Jim.” Doc even said at the time how touched he was that that “other” Steve Williams went to all the trouble to come up with (and immortalize) another name (“Stone Cold” Steve Austin) out of respect to Doc. He was also touched at the ministering to him by “Cowboy” Bill Watts and Ernie “The Cat” Ladd, whom he idolized.

“The Cowboy and Cat were like second fathers to me. [Shohei] Baba was like that in many ways too. Dick Beyer (The Destroyer), too, who always had thoughtful advice for me over there,” he told me once.

Now he’s over “there” in a somewhat different “there.”

That would be Heaven because Steve Williams certainly deserves to be there permanently after his lengthy battle with cancer. He always was upbeat in person, on the phone, and in his emails. He never refused to do my radio show no matter how he felt or what he was doing.

He was the lone positive one out of so many negatives at that Cow Palace fanfest mess in San Francisco three years ago when he did all he could to help us nail the fly-by-night husband and wife promoters with a wink and a smile. “Those f*kers will get what’s coming to them from God,” he told me. “Karma’s going to be a real bitch for them. But hey, I still had a great time here seeing a lot of friends I haven’t seen in ages. You gotta look at the bright side in every bad situation.”

He was that rare entity in wrestling, pointing out the positives even when cheated on his owed pay and his return flight even cashed in by said promoters.

Or during his “not so fun time in WWF,” as he called it. I’ll have to ask Jim Ross, but I don’t think I ever heard Doc complain. And we ribbed him like a brother in regards to his email style. It was always IN CAPS, always with misspellings. “Steve, how can you call yourself a doctor and write like that?” we’d tease. 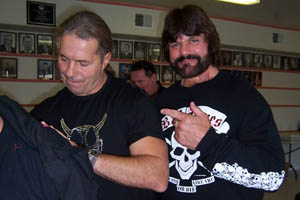 George “The Animal” Steele was on my Steve Williams tribute radio show Wednesday night and he said he “had an immediate and special kinship with Steve as a WWF agent during the time Steve was there. We bonded right away because of our football background and I knew all about his O.U.! He was a magnificent football player and of course a legend as a wrestler in Japan and here as well. We made great friends and stayed in touch, as he did a lot of AIM and religious work too when he found God as I did.”

Steve was the last undefeated UWF World Champion for both prestigious Bill Watts territory as well as for crazed promoter Herb Abrams.

“Hey, at least I got to meet one of my idols in Bruno [Sammartino] due to Herb. And have a little meeting of the minds with Billy Jack Haynes!” And if anyone should be called “Sunshine” by William Regal, it’s got to be Doc. He was “sunshine” personified.

And when cancer first rabbit-punched him — “It’s like a coward, always attacking me from behind” — he began calling himself “Dr. Life.”

“I’m going to beat this son of a gun. You watch and see.”

Though his Dr. Death nickname was hardly original in wrestling, given his collegiate football and wrestling days, it was very fitting.