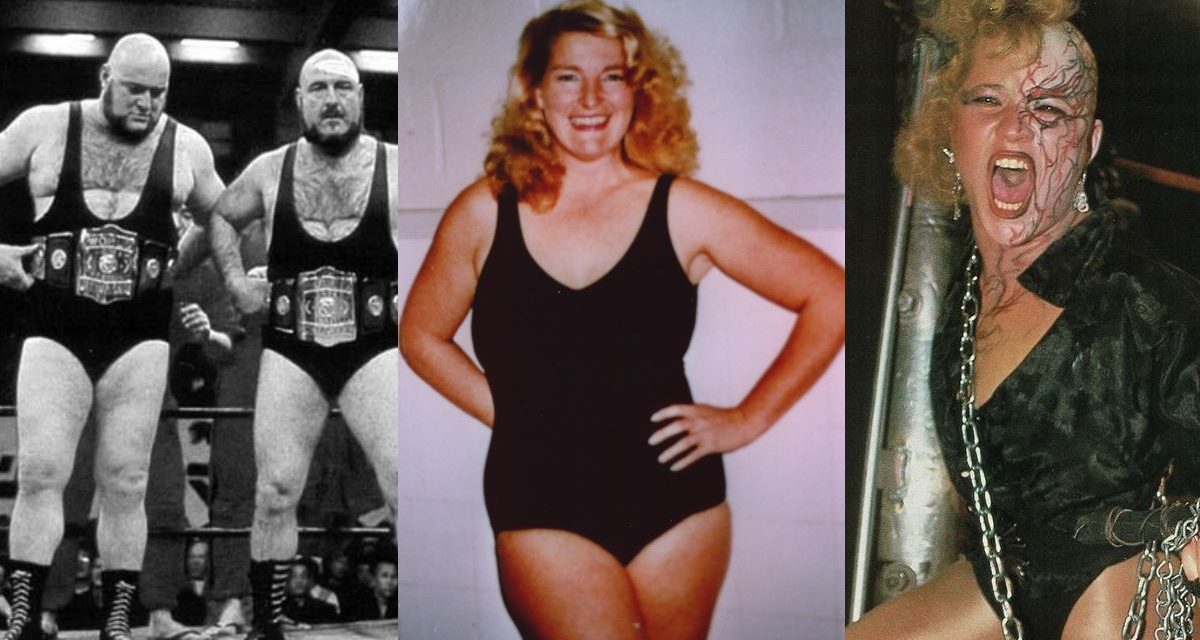 MONTREAL – It is rare that a pro wrestler commands so much love from his native land, but then again, Maurice “Mad Dog” Vachon is no stranger in breaking the rules.

Living in Nebraska since 1991, Mad Dog and his brother Paul “The Butcher” Vachon are in Montreal for a week and have been very busy attending different events honoring them for their achievements, and chatting with the media and fans. 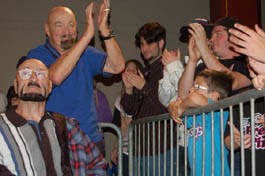 It started Saturday at a Northern Championship Wrestling show. VIP tickets holders were treated to a signed picture of the Vachon brothers, and the chance to chat a bit with the two icons. The line up started at around 6:30 p.m. and lasted an hour until the show began.

A few friends of the Vachons were in attendance: Deepak Singh, who was Abdullah The Butcher’s manager and a wrestler, Northern Ontario promoter Al Campbell, a Vachon sister and brother, as well as Fernand Ste-Marie, who was the host of the Lutte Grand Prix television show back in the ’70s.

A special presentation was made during the intermission, after having signed a bunch of autographs again. Well known Quebec writer, and SLAM! Wrestling contributor Patric Laprade gave Paul and Maurice each a plaque for their special 2009 “Editor’s choice” in the Quebec Almanac Pro Wrestling Hall of fame. The crowd of 175 gave them a standing ovation that lasted many minute — until TNT, an NCW wrestler, interrupted the celebration to claim the limelight, only to be decked by Paul Vachon to the delight of the fans.

Then on Sunday, a special family gathering was held at a Montreal restaurant. On Monday evening, the ultimate recognition will be forthcoming for Mad Dog as he will be inducted into the Quebec sports’ hall of fame, only the second pro wrestler to achieve this distinction. Yvon Robert preceded him as he was inducted in 1992.

Paul Vachon said he was thrilled for his brother: “I am so happy he is getting this award, Boy, does he ever deserve it. I owe Maurice my career, as he was everything to me.”

Mad Dog still loves his fans, and both brothers were all smiles during the evening and even backstage as the NCW wrestlers all wanted their picture taken with the brothers and have a chat too. Being the great persons they are, Paul and Maurice were ecstatic and obliged everyone that wanted to spend a few minutes with them.

Mad Dog had such a stellar pro wrestling career that it is easy to forget he represented Canada in the 1948 Olympic Games in London, England, finishing in seventh place, and two years later, he once again represented his country in the British Empire Games (which were later called the Commonwealth Games) and this time won the gold medal.

The honor of the Vachons is also a testament to the class of the NCW promotion, which has been operating for over 20 years. 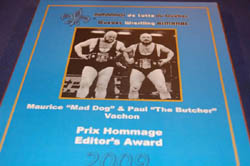 The NCW dates back to 1986 and has never stopped, while dozens of others have come and gone. Paul Vachon compared the promotion somewhat to his old Montreal company: “They look a lot like Lutte Grand Prix, lots of old style wrestling mixed in with newer high flying and videos, something we didn’t really have back then, but none of that crap we now see on TV every Monday night, it isn’t wrestling, it’s cartoons.”

Noticed in the attendance was a CANAL D television crew in the process of making a three-part, three-hour documentary and busy filming throughout the evening and interviewing fans. That documentary will be airing in May or June of 2010.