Now that the introductions are over, Dolph Ziggler is looking to take his character to the next level. After an admittedly slow start, Ziggler has built up some steam, to the point where Chris Jericho, in a recent interview with SLAM! Wrestling identified him as one of the guys that ‘is learning more each week.’ Ziggler previously talked about Bragging Rights, but he also discussed his unfinished business with a certain Smackdown superstar and his choice for Raw guest host.

He still keeps in touch with his Spirit Squad alumni. “Just about all of them,” he confirmed. “We send each other some texts back and forth. We stay in contact for the most part. They are kind of doing their own thing. Mikey, who was actually my roommate in Florida up until last year, he’s still wrestling and we’re good friends.” 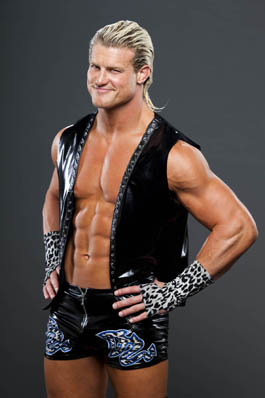 When reminded of his days as “The Natural” Nick Nemeth around mid-2008, he took a quick look back. “I’ve always been, for the last couple of years or so, been fortunate enough to be able to do the things I’m comfortable with, and the things that naturally come from me. That was actually just the starting of the whole Dolph Ziggler transformation, I guess. I was a little rusty back then, a little less polished and I worked out a few things. Now I feel like I’m a million bucks out there, but back then I was kind still trying to get going with things.

“Everybody watches tapes, everyone works out hard. Everybody wants to be successful, but a big thing is trying to pick the brains of the guys that have been superstars in the past. Guys who have figured it out, who either have a big following, or have really established themselves as superstars. I try and do that on a daily basis. It’s just like in business when you read those business books about the people who are successful. You see who the successful people are, you see what they’re doing, and then you try to do it possibly better then they can.

“It’s sports entertainment, it’s a business. You swim to the top or it doesn’t always work out for everybody, whether they’re good or not,” he continued. “Of course you’re nervous a lot of the times and you try to the best at everything, and not everyone gets their chance at the same time. I’ve actually had a chance to work on everything, my persona and so far I believe everytime I was handed the ball I ran with it, so hopefully it stays that way.”

Who would the Ohio native like to work with? 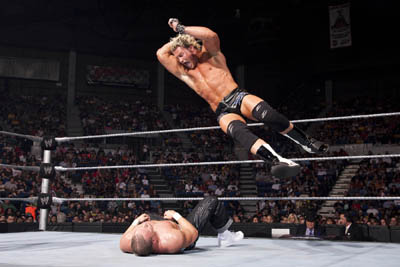 An advantage for Ziggler perhaps is that he’s free to dedicate himself to the road. “I don’t have a wife and kids and family at home, so it might be a little different story for some of the other guys, missing family,” he said. “I love traveling and performing for the WWE Universe. I love doing what I do every day. The last three weeks or so, I’ve been home maybe three days or so and I couldn’t be happier. Plus I like to eat out all the time,” he said with a laugh.

Although he is on Smackdown, he is a big backer of Raw’s guest host format. “I really am,” he said. “I was always a big fan of Saturday Night Live, they always had guest hosts. It gets different audiences to tune in. It’s cool to see someone else out of their element and in ours, and I think it’s pretty cool — even though it’s not the brand I’m on. I still watch all the wrestling shows anyway.

“I’m a big fan of Chevy Chase; I always hoped he would one day step in, especially now that he’s got a show to promote, so you never know.”

In the meantime, he intends to keep doing the things that brought him this far.

“If they [the fans] think I’ve reached all my goals so far, I haven’t; I’m just getting going. Whether you like me or not, it’s going to be a hell of an interesting time watching me.”