While Joseph Novo (aka Butcher Brannigan) is possibly most recognized by fans as a WWWF enhancement talent from the 1970s, the friends who knew him best would prefer to remember him as the nice guy who carved a career for himself around the world, battling some of the biggest names of the era.

Fellow heavyweight Davey O’Hannon first met Novo in 1967 when Novo came in to help spar with the high school wrestler. From there, O’Hannon and Novo would cross paths numerous times, forming a close friendship as mentor and protégé, tag partners and road roommates. 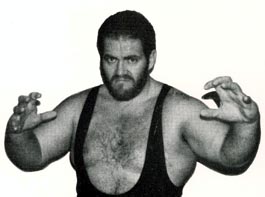 “For a big, nasty, mean looking guy, he was just the opposite,” said O’Hannon. “He was a good, good person, a highly intelligent guy and a great guy to be around.”

Novo, who passed away on September 6, 2009, at the age of 60, was used as a top challenger to territorial icons around the world. He battled Big Daddy in England, Otto Wanz in Germany and Jan Wilkens in South Africa. He also faced stars such as Andre the Giant and Rick Martel along the way.

Martel wrestled Novo — a native of New Jersey — in Australia and New Zealand in 1977 and enjoyed the time the two spent together.

“He was such a nice guy,” said Martel.

Another opponent of Novo’s down under was Dominic Bianco, who was sad to hear of his former adversary’s passing.

“He was a great bloke and loved the hard type of wrestling style,” said Bianco.

One trait Bianco especially remembers of Novo was his extremely poor eyesight. He tells one story of how he had to kill five minutes of time outside the ring while Novo scoured the mat for his contact lens, which had popped out. When the contact was found, Bianco simply rolled into the ring and was pinned for the finish.

Similarly, with a couple days off, Novo, Bianco and some others decided to go fishing. Some time into the day, each wrestler had snagged a couple fish except for Novo.

“I asked Butcher, ‘How’s it going,'” said Bianco. “Butcher replied ‘This is the shits man, not a bite.’ So I looked over the side of the pier and noticed that Butcher’s line was two feet above the water. That’s how blind Butcher was. It was the funniest thing I have seen in my life.” 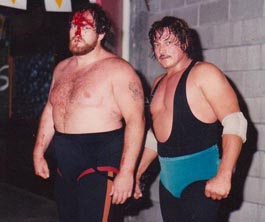 Although Novo’s greatest success came in Australia — where he feuded with Ron Miller over the Austral-Asian heavyweight title and held the tag team titles five times — he also had successful runs in Los Angeles, where he won the America’s tag team championship with Man Mountain Mike in 1974 and in New Zealand, where he held the British Commonwealth belt.

O’Hannon, who worked the L.A. territory with Novo, said that his friend was a very serious wrestler, using his amateur background and size to his advantage.

“[He was] a big tough guy in the ring,” said O’Hannon. “He worked what we used to describe as close, which means you knew he was there if you were in the ring with him. He was a very capable guy as a wrestler. He was a great amateur wrestler and knew how to do things in the ring to get your attention if you stepped out of line.”

The two Jersey boys were reunited in the WWWF in 1971 after their first encounter on an amateur mat four years earlier. Novo was asked to look after the rookie O’Hannon.

“I said, ‘Hey, do you remember when you came over to Colony High School?’ and he went, ‘Damn, that was you, wasn’t it?'” said O’Hannon. “We had a couple laughs about it then. Then we had a few inside jokes about pro wrestling, as opposed to the amateur style.” 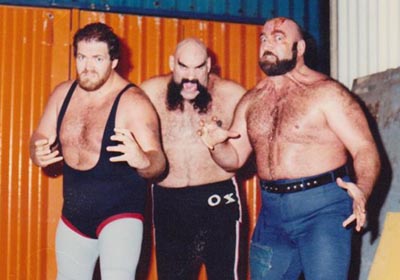 O’Hannon gives Novo a lot of credit for helping him during his early years in the wrestling business, after he earned the respect of the old-school wrestler and was accepted into the fraternity of wrestlers.

“Joe would take me after a match and grab me and say, ‘Come here, I’ve got to talk to you. What did you do this for? What did you do that for? Here, try this or that’s not what I’ve shown you to do,'” said O’Hannon. “Joe would take you aside and if he was hot about it, he got mad, especially if you did something that wasn’t respectful to the business. He would straighten you out.”

Away from the ring, Novo was known as a quiet guy who went his own way. He wasn’t really into the party scene that’s so quickly associated with the wrestling industry.

“You didn’t see Joe hanging out in bars or lounges,” said O’Hannon. “He more or less stayed to himself. He wasn’t an anti-social guy, he was a friendly guy. He just didn’t like that scene.”

During his career, Novo wrestled under a number of names including: Joe Nova, Killer Joe Nova and Crusher Brannigan.

When his wrestling days were over, Novo taught Fine Arts in the Paint Shop at East Jersey State Prison in Rahway, NJ for 22 years. A Mason, Novo was a member of the Avanti Car Club, enjoyed flying model airplanes, and fresh water fishing. 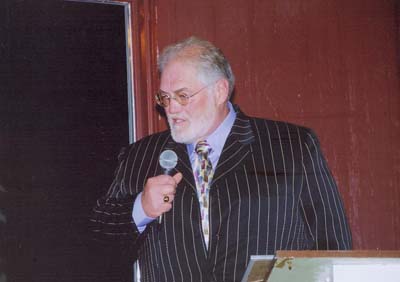 In recent years, collector and historian John Pantozzi invited him to attend his Northeast Pro Wrestling Hall of Fame fundraisers. Pantozzi said Novo was happy to attend and be around fellow retired wrestlers.

“He was a pleasant guy,” said Pantozzi. “His career was like so many other journeymen: Mid card in some areas, headliner in some areas. The last time I saw him he looked fine. I only wish I would have kept in touch with him.”

Novo died of kidney failure and heart disease in Hamilton, New Jersey. He was survived by two sisters, Marialice Novo of Hopelawn, NJ and Victoria Shapiro of Hightstown, NJ. Novo was laid to rest on September 9, 2009.