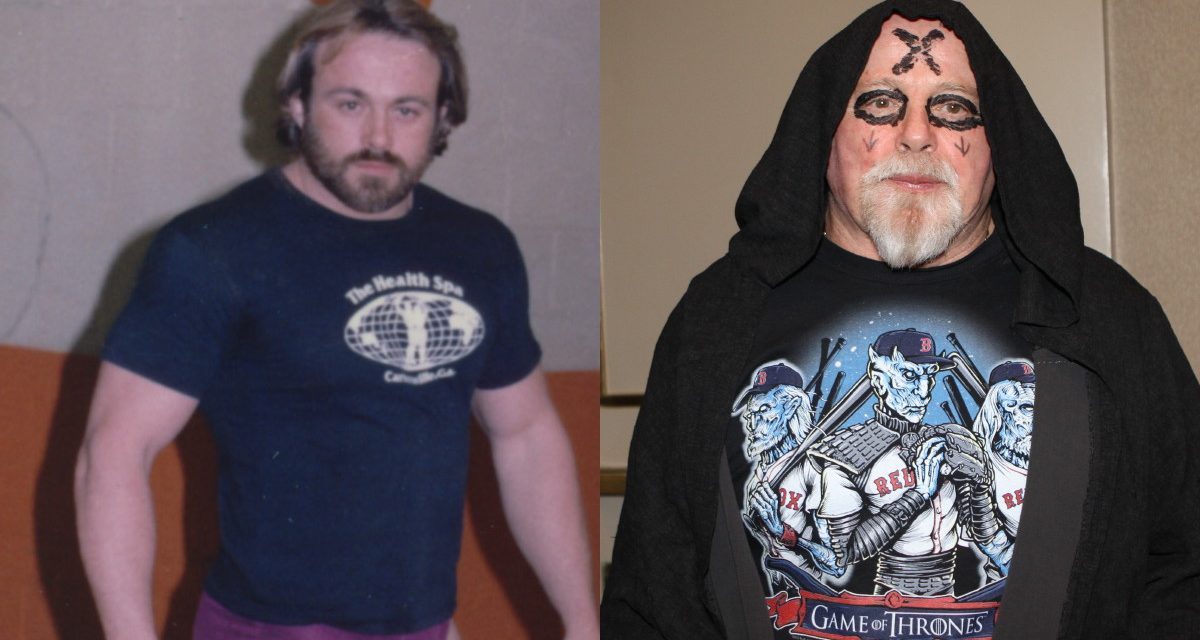 Kayfabe Commentaries’ latest installment of their YouShoot series features Kevin Sullivan and, like all the previous YouShoot interviews, does not disappoint. 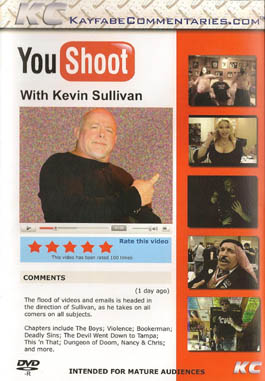 Sullivan tackles everything from booking WCW, bookers in general, Nancy and Chris Benoit, the obligatory sex and drugs scene, the boys, and working with Hulk Hogan.

Kayfabe Commentaries co-owner Sean Oliver moderates the shoot and seems to have a genuinely good time with Sullivan. The questions fans send in are a potpourri of serious questions that Sullivan answers with the utmost integrity, even when one fan asks about his sex life with Nancy Benoit.

The Benoit portion is saved until the last 10 minutes or so of the shoot. At times, Sullivan seems overwhelmed by emotion and talks a bit soft, but he never says anything bad about Chris or Nancy. One fan’s question was even about whether or not he booked himself to go over Chris when they were feuding in WCW and Sullivan notes that he only beat Benoit once.

One portion of this 138-minute disc I found intriguing was the “Believe or Bulls*t” portion where Oliver would hold up a card with a statement on it i.e. “Blackjack Mulligan beat up Bob Roop” and Sullivan would say if it was truth or fiction. The BS side of the board had nearly all the statements Oliver produced, prompting him to tell the fans that 90 percent of what you hear about wrestling is probably false.

Another top-notch section of the DVD was where Oliver had Sullivan rank an all-time list of bookers in a segment called “Respect The Bookerman.” Eddie Graham earned the top spot and Vince McMahon, Sr., second. Sullivan did not include himself, humbly enough, but I would imagine he would make fellow booker’s lists.

Gimmicks are brought up and Sullivan talks about how the Goldberg streak could have been handled better and that he wishes the night Goldberg lost for the first time could have been booked a different way.

Sullivan goes on to say that working with Hulk Hogan was never a bad time, even though Hulk always had creative control. When talking about Hogan, Sullivan makes mention of how he knew Hogan way back when before Hogan even got into pro wrestling. Maybe it’s me, but seeing that a lot of these wrestlers stay in touch and help each other out along the way up is a breath of fresh air and something you don’t hear too much about these days. Nowadays, it’s more about who can stab someone in the back to get a top spot.

Some of the fans that write in or send in a video question are downright insane. One dude wears a mask. Several more act like wrestlers and a surprise, Missy Hyatt, asks a couple questions. Sullivan, like most, knocks Missy for being a tramp and even asks why she was fooling around with other guys while she was married to Eddie Gilbert.

Gilbert, meanwhile, along with Bobby Shane and Brian Pillman, are mentioned by Sullivan as three wrestlers that would have changed the face of wrestling had they not passed away prematurely. The more I think about it, the more I tend to agree. Never saw a whole lot of Shane, but Gilbert and Pillman, absolutely.

Being with fellow wrestlers, “the boys,” as well as tales of sex and drugs also get air time in this shoot and the more I hear these tales, I’m glad I strictly cover wrestling and don’t live it. The stories are still head-shaking and funny, though, so it’s always good to have these included on shoots.

When asked about the Iron Sheik as a wrestler and a person, Sullivan lights up and speaks highly of the Sheik. This is indeed a change for the trend we see all over where Sheik gets run down time and time again. Sullivan shoots straight from the hip and you have to respect that.

All in all, this DVD adds to the slowly-growing legacy that Oliver and his crew are establishing with the YouShoot series. The next YouShoot to be reviewed by SLAM! Wrestling, Sabu (yes, SABU!) should be a thriller and may rival the one done with Jamie Dundee a while back.

Like the forerunners to this Sullivan shoot, this DVD needs to be a part of your collection. Then again, pretty much anything distributed by Kayfabe Commentaries should.