For the last 25 years, I’ve had a recurring dream. 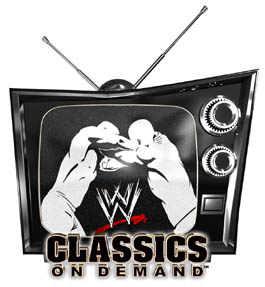 I’m watching a wrestling match on television between “Leaping” Lanny Poffo and The Missing Link at Madison Square Garden. The dream always ends the same way, with The Missing Link pinning Poffo after a diving head butt off the second rope.

This match had actually taken place. I have vague recollections of having seen it on WWF TV as a child, but as years passed I couldn’t discern where my memory ended and my imagination began. The only thing I was sure of was that I’d likely never see that match again.

I was wrong. A few weeks ago, while watching WWE Classics on Demand, I finally saw the match of my dreams.

Though my eyes have seen thousands of wrestling matches over the years, for some reason, I have always been intrigued by this relatively unremarkable mid-card bout between The Missing Link and Poffo. Perhaps it was significant for me because it marked the first time I saw The Missing Link on television after years of reading about him in wrestling magazines.

Regardless, it was exciting to relive that match after all these years, having signed up for WWE Classics on Demand six months ago. I have since watched and recorded program after program of “old school” wrestling from the ‘70s and ‘80s. WWE.com states: “With WWE Classics on Demand (formerly, WWE 24/7 on Demand) you gain access to the world’s largest wrestling history library including new, original shows and specials such as The Legends of Wrestling, the epic Monday Night War and much more.

Much more indeed, as WWE Classics on Demand offers entire WWF house shows from Maple Leaf Gardens, Madison Square Garden, the Boston Gardens and the Philadelphia Spectrum. Other programming features Championship Wrestling from Florida, NWA and AWA Supercards, Stampede Wrestling and memorable pay-per-views from years gone by. For me, I was especially intrigued by the thought of seeing Mid-Atlantic television shows that originally aired in the early ‘80s, including matches with Ricky Steamboat, Jake Roberts, Roddy Piper, Sgt. Slaughter and Ric Flair.

Before signing up for WWE Classics on Demand, though, I asked myself: “How much more wrestling could I possibly need in my life?” Over 25 years of collecting all things wrestling, my video and DVD collection boasts hundreds of titles, from rarities such as Wrestling’s Greatest Bloodbaths and Madmen, Maniacs & Lunatics to All Star Wrestling’s Free for Brawl and Wrestling’s Greatest Villains of the Golden Era.

Then there’s the hundreds of hours I’ve recorded from television, from Maple Leaf Wrestling and Saturday Night’s Main Event to Pro Wrestling Plus (with Ed Whalen) and most recently, free previews of Memphis Wrestling Opening the Vault on BiteTV. In the mid-‘80s, I was so starved for seeing AWA programs, I’d watch it scrambled on TSN (then a specialty channel) and listen to the matches, hoping the picture would unscramble just long enough to catch a glimpse of the Road Warriors, Crusher Blackwell or Nick Bockwinkel in action.

When I’d visit my cousins across the border in Buffalo, the anticipation of seeing some wrestling on television from NWA southern territories was almost too much to bear. Vividly, I can remember the first time I set eyes on wrestlers like Ted DiBiase, Hacksaw Jim Duggan, and Junkyard Dog — long before they became superstars in the WWF.

Such memories that finally convinced me to sign up for WWE Classics on Demand, and I haven’t looked back since, recording over 250 DVDs of wrestling programming thus far, totalling nearly 500 hours.

But here’s the dilemma: When I am going to ever watch all this wrestling? While I’ve sat down and enjoyed countless hours of “old school” WWF house shows, Tuesday Night Titans (TNT), The Film Room with Gordon Solie, and World Class Championship Wrestling programs, I question when I’ll ever watch an event like WCW World War 3, AWA Superclash 2, or WWF St. Valentine’s Day Massacre again.

Yet for some reason, I can’t seem to stop recording. Perhaps I’m a completist — the kind of collector who needs everything, lest his collection feel lacking. Obsessive? Maybe. Or perhaps I never want to find myself dreaming about some elusive match, like Poffo vs. Link.

WWE Classics on Demand still has much room for improvement as there are so many more historical matches they could feature, like the memorable 1982 feud between Piper and “Mad Dog” Buzz Sawyer, which ended in the infamous dog collar chain match. Or something from the glory days of Portland Wrestling, with legends like “Playboy” Buddy Rose, Killer Tim Brooks, Adrian Adonis, Jesse Ventura, Red Bastien or Lonnie Mayne — that would be a real treat.

For “old school” fans of wrestling like me, I’d much rather see rare and historical footage of Rose stealing Piper’s kilt and setting it on fire than a repeat of the WWE pay-per-view Armageddon from last year.

But my ultimate wish would be for WWE Classics on Demand to air ultra-rare footage of the violent and bloody year-long feud between Tommy “Wildfire” Rich and Sawyer in Georgia Championship Wrestling. Only in wrestling magazines did I learn about the hateful rivalry that culminated in what would be known as “The Last Battle of Atlanta” at the Omni, a completely closed-off cage match that is said to have inspired the “Hell in a Cell.”

It was this match between Sawyer and Rich — more than any other — that truly captured my imagination and love for pro wrestling. And yet, I have only ever been able to read about it and stare at black and white pictures. It’s been rumoured that footage exists, and possibly, is in the vaults of the WWE video library.

In the meantime, I’ll enjoy reliving many fond wrestling memories on WWE Classics on Demand, like the match between Poffo and The Missing Link from Madison Square Garden.

And one day, perhaps, finally see footage of “The Last Battle of Atlanta.” Until then, I’ll just have to dream.