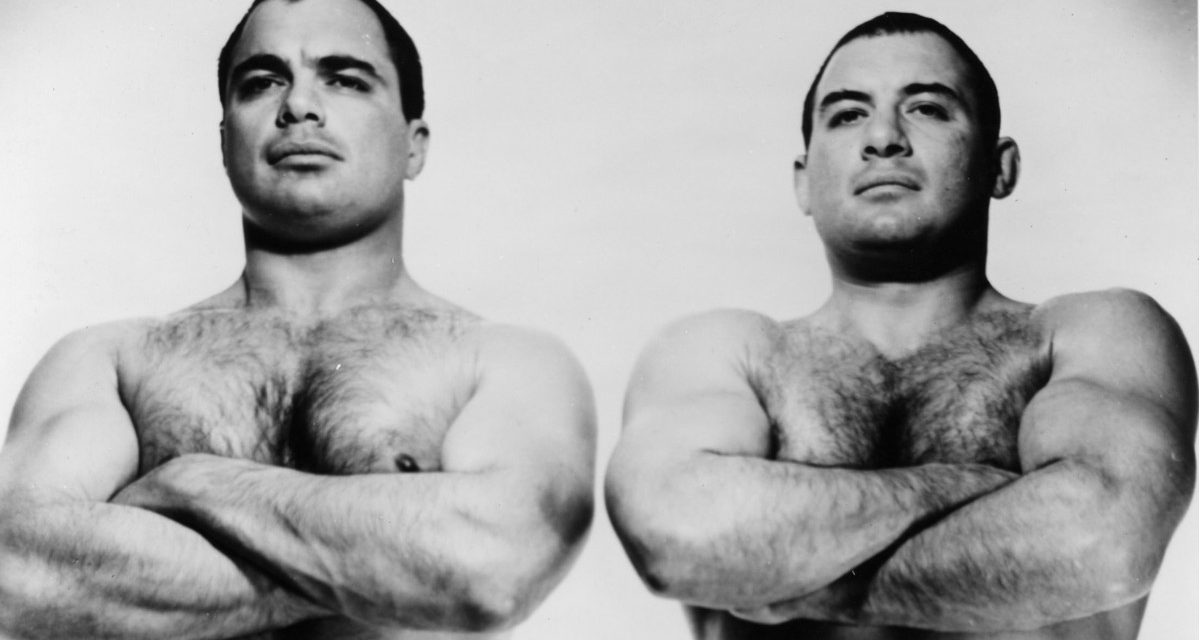 John Tolos, who died Thursday, May 29, 2009, at age 78, was a reluctant interview — for the press anyway. He rarely, if ever, broke kayfabe. Yet on the TV screen, he was unstoppable. Over the years, this writer has collected a lot of stories about Tolos, from wrestlers, referees and promoters. Sit back and enjoy the tales from years gone by!

Don Leo Jonathan, one of the industry’s greatest wrestlers ever, knew John Tolos better than his brother Chris. He first met them around 1952. Don Leo hooked up a decade later with John on the West Coast. 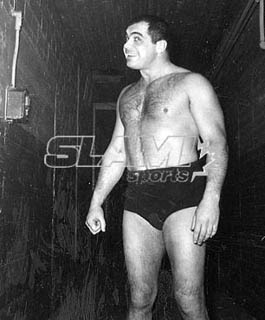 “I was with him in California in ’62, ’63. We were in Bakersfield,” Jonathan recalled. “He got thrown into the turnbuckle and caught his thigh in the buckle and ripped his leg open. Over 200 stitches. The doggone femoral artery was just hanging there. … It didn’t break the femoral artery. I was one of those that was an unlucky thing that happened to him, but he was lucky that that big ol’ artery stretched instead of tearing like his flesh did. Oh, it was a horrible thing.”

According to fellow wrestler Eric Pomeroy, the Tolos Brothers were renowned for their toughness. “Chris and John, they were like machines,” said Pomeroy, who also worked as Stan Vachon and Stan Pulaski. In short, the Tolos Brothers like to play rough, would lay their punches into guys. “They didn’t like any receipts either, but they got a lot of them from me,” he laughed.

Journalist Bill Apter was a fan of the Tolos Brothers growing up.

“I first saw them in Sunnyside Garden in New York, probably around 1960. I just remember them holding their arms up and Chris Tolos going ‘Me and John are the greatest!’ That’s what I remember. Then they left that territory, and I didn’t know whatever happened to them,” said Apter.

Al Tomko was a wrestler long before he starting promoting in Winnipeg or buying into the Vancouver All-Star Wrestling promotion.

“One of the things that I’ll always remember about John is the first time I ever met John Tolos, I was in Calgary, and we in a car together, in the back seat. After the matches, you know how the guys are, they grab a few, a six-pack of beer, or whatever,” explained Tomko. “Well John, he gets his 12-pack of beer. We’re sitting there in the back, and he pops a beer open. I reach over to get one and he grabs my hand and says, ‘Kid, if you want a beer, buy your own.'”

Kurt Brown was a young independent wrestler in California, and John Tolos made a key hookup in Brown’s life. “It was Tolos who introduced me to Dr. Jerry Graham, asking me if I would give The Doc a ride home instead of him! I knew after that evening that Tolos was an even better worker than I first thought, as he asked me with a straight face!” recalled Brown with a laugh. “He also snuck me and my buddy in the back door into Strongbow Stadium when promoter Antone ‘The Ripper’ Leone wasn’t looking. If you see a white streak through the sky tonight, it’s not a shooting star. It’s a handful of Monsel’s Powder!”

Dr. Mike Lano, before he became a well-known photographer and dentist, was the Tolos Brothers Fan Club president. Over the years, he became a friend of John Tolos’ too. Dr. Mike shared one of his favourite Tolos moments: “In spring of ’73, before re-turning heel on Victor Rivera after their near-hour scientific match Broadway that went into extra innings with Rivera getting the rollup pin, John calmly allowed announcing legend Jimmy Lennon Sr. — uncle of the famous Lennon Sisters singing group — to shave his head before Rivera turned his back and John turned on him and continually pounded on him with a chair. John would later tell me the reason he allowed the cuttings was that he was hoping for some hair fill-in. “Who ever heard of a (face/face) hair versus hair match? The hair shaving was nuthin’,” he told Lano. “You know Jimmy (Lennon) knew how to cut hair real good and he cut my hair if I couldn’t get in at my barber. So I trusted him shaving my scalp and I was hoping it would grow back thicker anyway and fill in the bald spots.”

The final two stories, relayed by two key players in the Los Angeles promotion, have been cleaned up for a family audience — but are still mighty funny!

Art Williams was a referee in Los Angeles and went to a L.A. Dodgers game with John Tolos circa 1978. The duo consumed more than their share of Budweisers that night. They couldn’t find the car and wandered through the parking lots after everyone left. “We walked all over the place, and we’re just cussing each other out,” said Williams. Before the tipsy duo could find the car, Tolos announced that he had to defecate. “He goes into a bunch of shrubbery outside the stadium. I can see by the moonlight, and his pants are down, and he’s leaning up against a tree, and cussing me out the whole time, like it’s my fault Mother Nature has knocked on his door. We’re both laughing so hard, because we’re both so full of Budweiser. Finally, he comes out of there after five or ten minutes, and he says, ‘You son of a bitch, you owe me a dollar.’ I said, ‘What do you mean, I owe you a dollar?’ He says, ‘I had to use my hankerchief to wipe my ass, and my handkerchief cost me a dollar. And it’s your fault that we didn’t remember where we parked the *&^$%'” 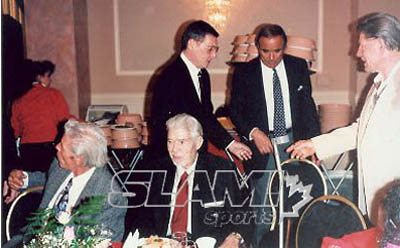 Bill Balch was a referee and publicist for Mike LeBell’s Los Angeles-based promotion. He and Art Williams recounted the same story.

“Vic Christy was a prankster. He would pull jokes on anybody and everybody. After Tolos had retired, he was working at a car dealership in the Valley, he was a salesman,” set up Balch. Christy disguised his voice as an angry Italian man in order to fool his old friend.

“Now he’s really got Tolos going, he’s got him hook, line and sinker,” said Williams. “Tolos is pacing the sidewalk like a caged lion.”

“Vic Christy sat there for two, three hours,” Williams said. “Time meant nothing to Vic. He had all the time in the world. So he’s watching Tolos, and Tolos is looking at his watch and becoming more irritated as time goes by. When the time is right, after two, three hours, Christy pulls up. At first, John thinks, this is the guy, I’m going to kill him. He looks in the car, and he sees Vic. ‘Vic, what are you doing here?’ That’s when Christy says, ‘You *&#$%&^@#, you *&#$%&^@#, you sold me a piece of *&%^!’ and he guns it and he takes off, leaving Tolos on the sidewalk. Tolos says, ‘Ah, sh*t. I’ve been had, big time.'”