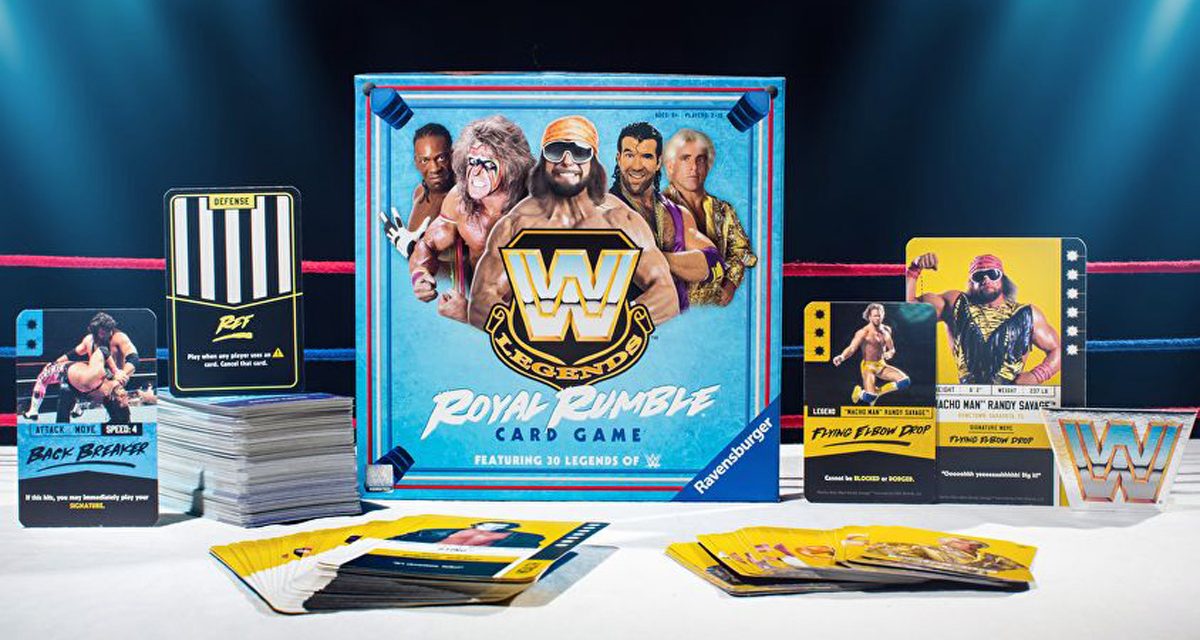 The 2009 edition of the Royal Rumble may not have had as many twists, turns or surprises as some previous events, but that’s not to say it was lacking for compelling moments. Fans at Detroit’s Joe Louis Arena were treated to a fateful decision, a surprising betrayal, some teamwork and several title changes as the night unfolded.

Though the WWE chose not to spin any angles around the entrance order this year, the Rumble match returned to its rightful place as the final match on the card. Rey Mysterio and John Morrison started out in the ring and both made fairly long runs, but the eliminations didn’t start flowing until Vladimir Kozlov and Triple H entered the fray.

Grabbing onto the top rope to avoid elimination was the trendy move for this year, with many wrestlers pulling off the feat multiple times. Cool spots included two men hanging onto the same rope on the outside and battling it out and Mysterio using the backs of two eliminated competitors as stepping stones to avoid hitting the floor.

There’s always at least one surprise entrant, and this year it was Rob Van Dam showing up at No. 25. He got a huge reaction from the crowd, which wasn’t surprising considering he hails from Michigan.

RVD was one of a surprisingly accomplished group of 15 wrestlers still in the ring when Big Show entered at the final spot. Among the former World or WWE Champions still alive at that point were Triple H, Kane, Mysterio, Undertaker, Randy Orton and Chris Jericho.

The Game battled bravely against the odds, and even managed to whittle them down a bit by tossing out DiBiase. But when he turned his attention to Rhodes, Orton proved as opportunistic as ever, throwing out Triple H and keeping himself off the floor to win the Rumble. The victory not only pointed him toward WrestleMania but also likely fended off possible repercussions from his actions earlier in the week, when he kicked Vince McMahon in the head.

One of the WWE’s top storylines kept on rolling and another erupted during the evening’s other two big matches. Shawn Michaels attempted to aid his boss JBL in his World Heavyweight Title match with John Cena, but he did it his own way, superkicking both men and dragging JBL on top of the champ.

It didn’t pay off for the scheming JBL though, as the ref was already out, and the delay in getting a new ref to the ring allowed Cena to kick out. He hoisted the challenger up for his finisher and escaped his belt.

WWE Champion Jeff Hardy wasn’t so fortunate, dropping his title to Edge. It wasn’t the outcome but the way it went down that was the surprise, as Matt Hardy looked like he was offering his brother a hand before turning and delivering the chair shot that sealed the match.

The next WWE pay-per-view is No Way Out on February 17th.

If you’ve been with us for the past few years, you know the drill by now. Nick’s comments will be in plain type with Dale’s remarks in italics.

Announcers Michael Cole and Jerry Lawler kick off the broadcast by telling us that the WWE is keeping Vince McMahon’s condition private, and that Randy Orton will be reprimanded… but not until Monday night. Somehow I don’t think I would be given even a one-day reprieve if I kicked my boss in the head.

Swagger and Hardy break out some mat wrestling moves. Swagger locks in an armbar, but Hardy breaks free and connects with a low dropkick and then a bulldog. Hardy sells an arm injury, even going as far as to use his dead arm as a weapon. Swagger works the arm, but Hardy responds with another bulldog. Hardy hits a moonsault from the top rope, but only gets a two count. Swagger hits his finisher, the gutwrench power bomb, and covers to retain his title.

A random assortment of wrestlers and crew members watch silently as Orton enters the arena. It’s like he’s Amish and he’s being shunned.

I make a lot of comments about the overall state of women’s (oops, Divas’) wrestling in the WWE, but this match is about as good as possible with the current roster. Santino Marella accompanies his woman while sporting a new shirt that plays off the Ferrari symbol. Nice. Also nice is Phoenix putting Melina in kind of a reverse half-crab, then kicking her in the head with her own foot. The end comes after a double reversal of finishing moves, as Melina rolls up Phoenix to take the title.

A video package takes us back through the highlights of the ongoing JBL-Shawn Michaels-John Cena drama. JBL drops in on Shawn Michaels, who is looking grim. Layfield tells his employee that there’s no reason to feel conflicted. If Shawn ensures JBL goes on to WrestleMania as the World Heavyweight Champion, he’ll receive all the money owed to him right away and won’t have to work for JBL after tonight. On top of that, JBL promises Michaels a spot in the Rumble match so he still has a chance to do his thing at WrestleMania. As HBK weighs everything over, he turns and finds the Undertaker staring at him with this bit of wisdom: “Sometimes it’s hell getting to heaven.”

My friends point out that the announcers are going out of their way not to call Cena’s moves the FU and STFU, probably because those names aren’t family-friendly. Cena scores the first near falls, but Michaels’ first distraction on the outside allows his boss to bounce the champ off the steps and gain the upper hand. The inevitable rally sees Cena use a series of shoulderblocks to set up the Five Knuckle Shuffle, but JBL gets up and escapes from Cena’s finisher. Cena hits a drop toehold and locks in the STF. Michaels is right there to offer aid, and Cena is thrown out of the ring. He runs into a Clothesline From Hell when he returns but manages to kick out. JBL tries a big boot that catches the ref when Cena moves, and a double clothesline leaves both men down and HBK with a decision to make. He drops JBL with Sweet Chin Music, then wipes the smile off Cena’s face with another one for the champ. HBK drags JBL on top of Cena and heads for the back. It takes a while for a new ref to get to the ring, enough time for Cena to kick out at two. The champ gets the challenger up and drops him down with the move formerly known as the FU to retain his belt.

Vicki Guerrero comes out to inform Hardy that this is now a no disqualifications match. Edge slips from the ring, causing Hardy to grab a chair. Edge blocks Hardy’s effort to get back in the ring. Hardy connects with a clothesline off the apron to the outside. Edge kicks Hardy in the face as he comes back into the ring. Edge scores a hat trick by bouncing Hardy off all three announce tables. Edge counters a cross body with a drop kick but is only able to score a two count. Hardy hits a Twist of Fate and both men bounce off the apron and hit the floor. Hardy pulls out a ladder and sets Edge atop the announce table. Chavo distracts Hardy long enough to save Edge but cannot save himself. Hardy leaps from the top of the ladder and crashes into Chavo and through the announce table. Back in the ring, Hardy connects with the Whisper in the Wind, but Edge kicks out of the pinfall. Edge counters the Twist of Fate with a DDT, and Hardy kicks out. Edge looks for the spear, but Hardy counters into a Twist of Fate, and climbs to the top rope. Vicki tries to interfere, but Hardy kicks her away and hits the Swanton Bomb. Vicki pulls the ref from the ring before the three count. Matt Hardy steps in to toss Vicki into the ring and hands his brother a chair. Matt grabs another chair, but he turns and blasts Jeff with it. Edge covers and gets the pin.

Winner… and new WWE champion … Edge at 19 minutes and 15 seconds.

Most eliminations: Triple H with six.

Shortest time in ring: Santino Marella at about one second.

Longest time in ring: Triple H at just over 51 minutes.

Longest time in ring without an elimination: Finlay at just under 32 minutes.

Dating back to last year, John Morrison has been the Royal Rumble for 50 minutes without eliminating anyone.

Vladimir Kozlov entered in impressive fashion, eliminating three men in less than a minute. His momentum was short-lived though, as he was soon dispatched by Triple H.

Rey Mysterio may have set a record for most near eliminations. One time he stepped on The Miz and Morrison while they were on the floor to stay alive.

It will be interesting to see if the WWE credits Santino for breaking the record for shortest time in the Rumble. It sure looked like he was only in the ring for about a second. The previous mark for futility was two seconds by The Warlord.

Several feuds were extended, as Knox and Mysterio eliminated each other and Big Show took out the Undertaker after he had already been bounced.

One fan in the front section on the TV side held a sign that read “Welcome back Christian.” Swing and a miss!