Just 48 years after his first match, Harley Race is still a major player in professional wrestling. The legendary former NWA World Heavyweight Champion is busy running the Harley Race Wrestling Academy in Eldon, Missouri. Recently the academy was in the news when it was announced that Reid Flair was going to train there, joining other second generation wrestlers Amy Hennig and Ricky Steamboat, Jr. 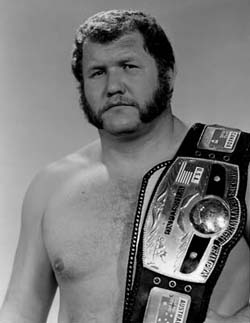 Race is usually in the office by 10:00 a.m. during the day, and devotes much of his time to organizing events for his wrestling company, World League Wrestling. He averages about five interviews a week with various media outlets, and spends the additional time meeting with young wrestlers who have questions about their training.

“I would like to think I have a very good facility. I have very knowledgeable wrestlers who started with me over 9-1/2 years ago now working with students in the ring. We also teach safety, which is very critical, but often overlooked. My World League Wrestling runs about 50 shows a year, which gives them a chance to work in front of a crowd, plus make a little money.”

The Harley Race Wrestling Academy has gained high marks from those within the industry, and that explains why high profile students have chosen to train there. But, regardless of what their names are, Race has high expectations of each student.

“I currently have three kids of legends and 13 other students working for me. Everyone trains three evenings a week. If they feel they know it all, they might as well leave. At my age, I’m still learning.”

“I have several who are really promising. The ones who aren’t usually realize it on their own and leave. I feel the ones who continue to stay, train and workout have the most important thing besides talent, and that is the heart. I have gotten six wrestlers and one referee contracts with the WWE. I have also sent several of my guys to Pro Wrestling NOAH for Dojo training and tours on their shows.”

While the majority of training time is spent on ring work, Race does spend some times on interviews. “We work on promos enough that they aren’t afraid of being in front of a camera and talking. The WWE focuses on talent, the body, and something that makes them stand out. I teach all my people to be able to lead a match. The WWE does extensive training on the promo side.”

Students at the camp can take comfort in the fact that Race is in good standing with WWE. “I have a very good relationship with WWE. I always have had one and always will.”

Many fans remember Race appearing on WCW Monday Nitro as the guest ring announcer for a match between Bret Hart and Chris Benoit. The match took place to honor the memory of Owen Hart. In the years since, Bret Hart has publicly stated his admiration and respect for Race. Likewise, Race has strong feelings for Bret and the Hart family.

“That night was very hard for me. I can’t imagine what it was like for Bret and Chris. I have always been close to the whole family. That goes back before Bret, Owen, or any of them were even old enough to wrestle. Stu had a wonderful wife and I feel like his kids are my kids, too.” 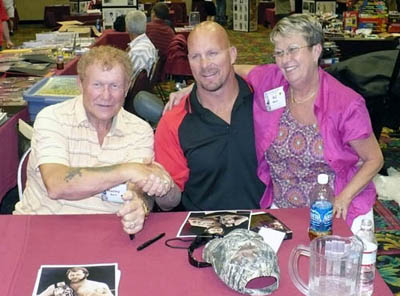 In addition to running his academy, Race has done several wrestling training camps and completed a wrestling training manual with wrestling legends Les Thatcher and Ricky Steamboat. “They are both great guys. I’ve known Les for years and we have conducted several training seminars together and with Steamboat. Steamboat is not only a great trainer, but a great wrestler, and probably still can have one of the greatest matches today if he got back in the ring. I am sure he is considered an asset to the WWE.”

Les Thatcher has only good things to say about Race. “Working with my buddy Harley in training sessions is great fun, and very productive. As you know, aside from multi-times World Heavyweight Champ, he was one of the best heels of our time, and it is that vast knowledge he brings to the table.

“Harley has given so much back to the industry as a trainer and teacher, and I am proud to have been able to work alongside him, and honored to call him my friend.”

Race is optimistic about the future of his wrestling academy. “I would like to think that between training and working WLW events, I can help (young wrestlers) reach another level. I work very hard at getting my people additional training with Pro Wrestling NOAH as well as tours to Japan.”

Every year, Race holds a five-day training camp, which WWE and Pro Wrestling NOAH executives attend. Also, when WWE comes to St. Louis, they send someone from talent relations ro Race’s academy if there is a prospect to view.

After 48 years in the wrestling business, Harley Race is reflective. “I am so fortunate to stay active in the business I love. I look forward to 2009 and hopefully helping some young guys obtain the same dream I had, which was to be in professional wrestling.”

Matt Johnson is a researcher and historian of World Championship Wrestling. He graduated from Northern Michigan University with a double major in English and Social Studies and can be e-mailed at [email protected].