When the tragic deaths of Brian Pillman, Eddie Guerrero and Chris Benoit were first announced by the WWF/E, the initial reaction of a great many fans was to hope that each was some sort of over-the-top wrestling storyline. If by some chance you are reading this article without being privy to the inner workings of the wrestling business, you will no doubt be shocked that someone could be so cynical about another human being’s life. But in the case of Benoit in particular, there was justifiable cause, and not just because the man himself was widely respected by peers and fans alike. 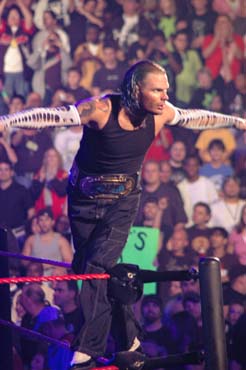 One week before the tragic murder-suicide, the WWE had reported on its website that WWE owner Vince McMahon was “presumed dead.” The company even sent out a press release addressing the issue, but in reality, this was nothing but a storyline designed to create as much controversy as possible. Several legitimate news sites may have reported McMahon’s demise, but anyone who had watched Monday Night Raw — or indeed, read the press release in full — that evening would have been certain that the “death” was staged.

With these circumstances in mind, as the news appeared on WWE.com on June 25, 2007 that Benoit and his family were dead, the story was met with shock but skepticism by those in the wrestling community. Sure, the language of the article was more serious than it had been a week before, but questions remained about its authenticity, until TV cameras found their way to the Benoit mansion in Fayette County, Georgia, and the all-too-real crime scene.

Though it was impossible to be anything but horrified by the tragedy itself, one could at least be thankful, then, that the WWE hadn’t stooped to convincingly portray a wrestler’s death, as a means of garnering attention. Though they had flirted with vulgar storylines in the past, including a heavy exploitation of Guerrero’s death, at least they when it came to reporting of news, the articles on scripted storylines were easily separated from those telling the morbid truth.

In the early hours of Sunday morning, however, WWE.com reported the following on its website: “Jeff Hardy was found unconscious in a stairwell at his hotel in Boston today, and was rushed to the nearest emergency room. Due to privacy issues, WWE is not releasing the name of the hospital. WWE.com will have more information if it becomes available.” Known for having real drug issues in the past — including one in 2007 which is believed to have scuppered a world title run — the buzz among fans at the TD Banknorth Garden (the site of the Survivor Series) later that night was that Hardy had overdosed.

As it turned out, the report on WWE.com was all storyline, a fraud which served only to reintroduce the character of Edge to television. But the serious tone of the WWE’s statement marked the first time that the company had deliberately misled fans into believing that a performer’s life was in genuine danger — and all for the supposed benefit of late pay-per-view buys. On the live broadcast of the show, WWE even took glee in stating that CNN and ABC news had reported the incident.

If you thought that such a promotional tactic was disgusting, sadly there’s more to the story. The fact that the report stated that Hardy had been found in his hotel room harked back to the deaths of Pillman and Guerrero in particular, who had both been discovered dead in their hotels in 1997 and 2005 respectively. Even more provoking was the fact that the anniversary of the latter’s death had passed by a mere 10 days. By stating that he was found in a hotel, the WWE’s sordid tale was calculatingly given more credibility.

Professional wrestling has a long history of storylines where the nefarious heel would injure the beloved babyface, to build for a match at an arena or on pay-per-view. Such angles may be portrayed as real, but when taking place in front of the cameras, and being broadcast on television, there is no doubt that the various shenanigans are all part of a wrestling story. When told well, the resulting “feuds” are often what makes wrestling such a popular pastime.

But the latest angle by WWE was far from entertaining, nor was it done with the intention of being so. It was an attempt to deliberately frighten, and was designed specifically to play upon the fears of Hardy’s fans, many of whom, considering his past, harboured real concerns for his life upon hearing this “news.” All of this from a company that has just opened a new website for children, and has changed all of its television output to a “PG” rating, too.

In the furor of the Benoit tragedy, British wrestling historian John Lister (along with UK Sun journalist Simon Rothstein) calculated that an incredible 104 wrestlers had died between 1997 and 2007, without reaching so much as their 50th birthday. A shocking percentage of that figure were due to drug abuse.

So while Sunday thankfully saw Hardy prove to be alive and well, the death of any dignity that the WWE once had faded to black, like the last blink of one of those 208 eyes.

The heartbreak of losing Pillman, Guerrero et al was bad enough. No-one needed the WWE playing the death card for the sake of a few extra bucks.