The number two belt, the stepping stone, the gateway to the world title; all these terms could be used to describe the WWE’s Intercontinental championship. This piece of leather and gold has provided some of the most entertaining matches in wrestling history, many of which are included on a new three-disc DVD set — but not all. There are also definitely a couple of head scratchers put in that makes one wonder, what made the WWE think that a fan would want to see that match again? 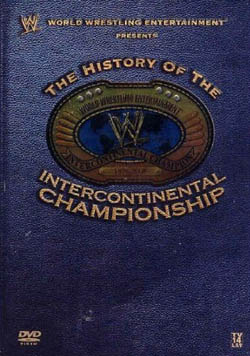 The compilation, entitled The History of the Intercontinental Championship, is broken down by era into the three decades that the title has been in existence, beginning with the inaugural champion Pat Patterson. Host Todd Grisham does a great job of setting up each battle, however, it would have been nice to have some of the WWE Superstars share their thoughts on their particular match-up.

In this SLAM! Wrestling writer’s humble opinion the 1980s portion is by far the best, and truly captures how important it was to hold the Intercontinental championship. It is Disc 1 where the WWE staff especially shines adding some rare gems to the collection. For example, being able to see the likes of Pedro Morales and Ken Patera in action once again gives the WWE Universe a different view of the ’80s outside the usual visions of Hulk Hogan. Of course there are the typical repeats from other WWE DVDs of Randy Savage vs. Ricky Steamboat from WrestleMania III, along with Superfly Snuka’s legendary cage match against Don Muraco, however, these can be overlooked since the battles had such historical significance to the championship.

Disc 2 takes us to the 1990s, and it is here where a lot more could have been done. First of all the same Bret Hart vs. Mr. Perfect ’91 SummerSlam match can be found in both The Hitman’s and Curt Hennig’s DVD sets. These two had dozens of incredible contests for the gold, and it would have been nice to have seen a rare match put in instead. Although repetitive, the Hart/British Bulldog encounter in England at SummerSlam is necessary as the Intercontinental strap was showcased as the feature on such a large scale. It is a shame that none of Owen Hart’s matches were included and that the only clip of Owen is when he dropped Stone Cold on his head with a botched piledriver. The HBK and Razor Ramon WrestleMania X ladder match is another duplicate, but giving credit where it is due, there are a couple of forgotten Rock battles that bring back some fond memories of the Attitude Era.

Sadly it is during the current decade where the title really becomes watered down. The real pity is that because of the Chris Benoit double murder/suicide the fans are robbed of his classic Intercontinental matches. There is also only one Eddie Guerrero contest included, and it is not a particularly good one between himself, Chris Jericho, and X-Pac in a Triple Threat. Although the championship has lost a lot of its prestige and overall importance, it does not mean that the match quality is not fantastic. For instance, the Jeff Hardy vs. Rob Van Dam ladder match unification of the Intercontinental and European championships shows the amazing athleticism that this nearly 30-year-old belt has become so well known for.

There is only one Easter Egg hidden extra in the entire set and this can be found on Disc 1 in the ‘Inaugural Champion’ headline. Here we have various wrestlers discussing how good Pat Patterson was as the choice for the first I.C. champ, as well as the importance of the title as a career launching pad. Many of the clips come from WWE Confidential, and Edge’s story of when he first won the belt reiterates the significance of this championship among the wrestlers.

The History of the Intercontinental Championship is certainly not the perfect compilation, but is still a remarkable snapshot of a phenomenal title, and will find its way onto the shelf of any WWE DVD collector. In fact, it’s a safe bet that many a copy will be wrapped under a Christmas tree.