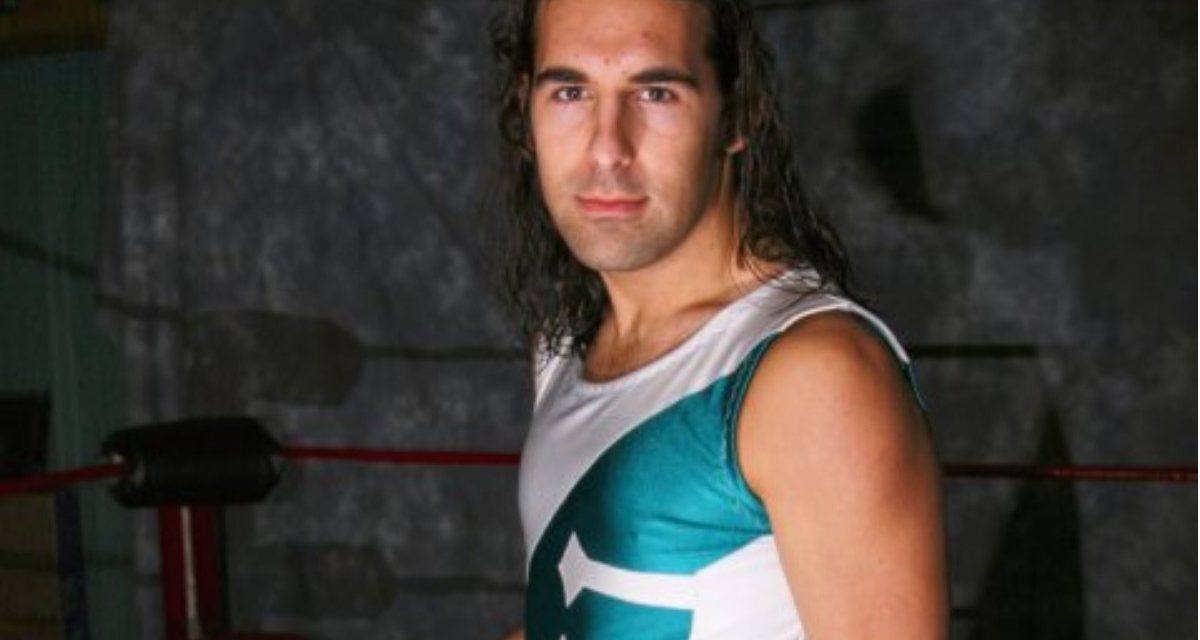 Rip Impact is one of the hot young stars on the Ontario wrestling circuit. Unlike some wrestlers, Impact does not rely on cartoonish gimmicks to get over with fans. He is defined by his work in the ring.

Impact’s in-ring rival Derek Wylde attests to Impact’s dedication to his craft. “Rip Impact is a young man who loves the sport of wrestling,” Wylde said. “I mean, this kid loves wrestling. In my opinion, Rip has not reached his full potential as a wrestler as of yet. To really make an impact on Ontario Indy Wrestling and beyond he’s going to have to get a game plan and stick to it. He is the future of this business in Ontario, I just hope he realizes that before it’s too late.”

Impact (real name David Savelli) is proud of his roots in Hamilton. “I’ve lived in Hamilton my entire life. I grew up there, trained there, and now wrestle there.” 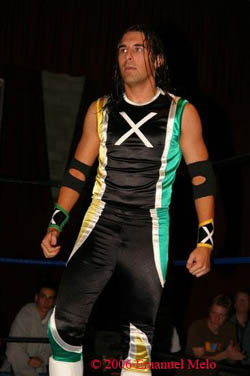 He got started in the wrestling business at a young age. “Well, I first became a fan at age eight. I got started in wrestling when I was 15. Me and a couple of buddies found a school. We trained there for a while, but after a year it went under. I have been at another school for about five years.”

The 22-year-old Impact credits Ernie Moore, Kwan Chang, Reggie Marley, and the staff at the Ultimo Dragon’s Dojo for his training.

On his style in ring, Impact explains, “I can mix technical mat wrestling with high flying. Because I am a smaller guy, I do high flying. I am very aerial, but I like to exchange holds as well.” His finish moves are the Sliced Bread #2 and the Rip Cord.

As a youngster growing up in Hamilton, Impact admired the work of wrestling legends Bret Hart, Chris Jericho, and the Ultimo Dragon. He even cites a match between Jericho and Ultimo Dragon in the WAR promotion as his personal favorite to watch.

Throughout his young career, Impact has already had the opportunity to wrestle some famous opponents. The list includes TNA stars Christopher Daniels and A.J. Styles, and former WWE star King Kong Bundy.

According to Impact, his best matches were his match with Daniels and his match with the now-retired “Dangerboy” Derek Wylde, whom he regards as his favorite opponent. Although Impact is primarily a singles wrestler, he did do some tag team work with Matt Bison in 2006-07.

Impact describes himself as an “underdog babyface who people can get behind.” He also happens to live a straight edge lifestyle, although it is not a major part of his wrestling character. Being straight edge means a life without drugs or alcohol. WWE star CM Punk was one of the first wrestlers to publicly embrace this lifestyle.

Standing at 6-foot, 188 pounds, Impact’s passion is wrestling. He generally wrestles three nights a week, and trains the remainder of the week. Mountain biking and rock climbing rank as Impact’s favorite activities when he is not wrestling. He is also skilled with computers, and can take them apart and fix them. But wrestling is his primary gig at the moment.

SPRY Wrestling Promoter Danny Petsis has nothing but good things to say about Impact. “Rip Impact is without question, the most personable, kind, helpful, knowledgeable and exciting wrestler in Ontario.

“Our work relationship quickly developed into an amazing friendship. He’s always there willing to lend a hand in any way possible. Before SPRY Wrestling developed, Rip was around answering every question we had no matter how much time it took out of his schedule.”

As far as his goals in wrestling, Impact offers, “I want to make it as far as I can. I achieved one of my goals wrestling in Mexico. I would like to wrestle in Japan and wrestle for WWE or TNA. It’s my dream, and I am putting everything I have into it.”

Petsis will attest to Impact’s work ethic. “It’s not just with us that he helps out. Rip is all over Ontario helping with set-up, take down and getting the crowed pumped. Rip is truly the ‘High Risk Hero’ in the ring and a friend to all of us Ontario Indy Wrestling fans.”