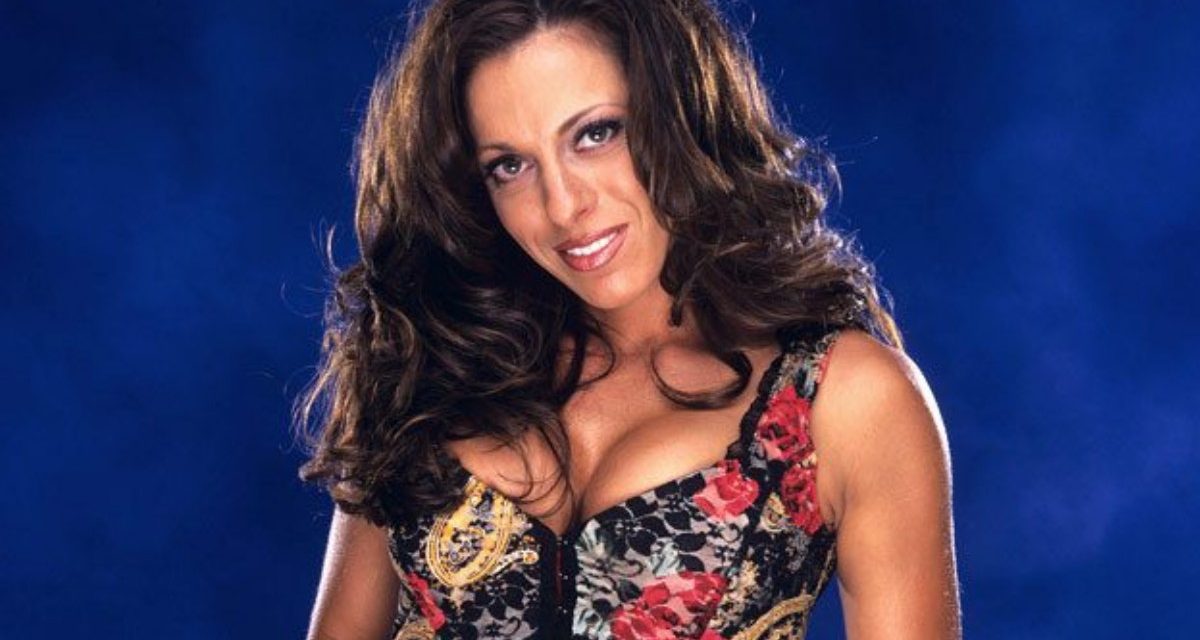 Former WWE and ECW Diva Dawn Marie Psaltis recently hosted WrestlersRescue, a two-part benefit convention and gala dinner to help raise money for the health care costs of retired professional wrestlers and for sister-in-law Carrie Deussing, who is recovering from successful ketamine surgery. SLAM! Wrestling spoke to Deussing about the event and her amazing recovery and it is clear that thanks to the generosity of wrestling fans everywhere — including SLAM! Wrestling readers — she is on the previously unthinkable road to a complete recovery.

The event took place September 14 at the Radisson Hotel in Piscataway, New Jersey. According to organizers, at least 150 people attended the dinner. Dollar figures with respect to the amount raised at the event were unavailable.

An early morning fire evacuation threatened to derail the festivities but only managed to slightly delay the convention portion, where fans could buy and have collectibles signed by their favorite entertainment personalities. 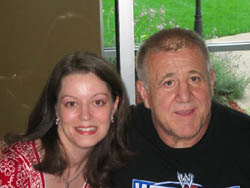 Carrie Deussing and Nikolai Volkoff at the Wrestlers Rescue event.

For Deussing, it was time to catch up with family and friends, including her favorite wrestlers Albano, Sheik, and Volkoff, who remains a close friend and supporter of her fight with Reflex Sympathetic Dystrophy (RSD), as previously reported by SLAM! Wrestling.

“Nikolai Volkoff recognized me right away, even when everyone was evacuated when I got there, and he wanted to know all about how the treatment went,” explained Deussing. “He had been telling about this doctor in Baltimore that he uses. He wanted me to go see him. He had me write the disease down on the business card so he could talk to his doctor about it. He had given me his information back at the Wizard convention around April or May.”

On July 17 Deussing was medically induced into a coma with a large amount of Ketamine — a horse tranquilizer — injected into her system afterwards. She was then slowly revived to help her nervous system “reboot” like a computer. Doctors pegged her success rate for the procedure at 50 per cent.

Deussing’s recuperative progress has been amazing to behold. She left Mexico after only 12 days of hospital stay. Where physical contact, driving and walking were once chronically painful experiences, she now performs them virtually pain free and with the vitality of earlier times. 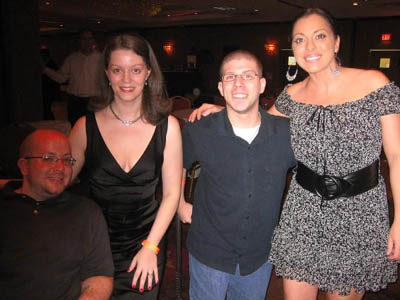 Carrie and Dawn Marie with radio hosts Josh and KB at the Wrestlers Rescue dinner.

“She’s coming along great, about 95%, which is awesome,” said a happy but exhausted Dawn Marie. “She is more herself again and has a big smile on her face.”

Deussing is now on a six-month timetable to full health. Physical therapy including incremental exercise, periodic ketamine booster shots and a minor operation to relieve the remaining 5% of pain in the back are the only bumps left to a full recovery.

The therapy will help to re-strengthen her body slowly and methodically. It is the longest part of the six-month program. Deussing has been advised to take things easy to avoid any possible retriggering of the nerve disorder.

“Being stress free is so key for the recovery and the treatment,” Deussing added. “My family was really supportive of me. I later found out I was the 13th patient to have the treatment in Mexico.

She felt so good after the surgery she made the mistake of resuming her normal schedule too quickly, subsequently experiencing nausea and vomiting. “My body was saying, ‘Slow down.’ I couldn’t just jump back into my life,” she said.

She has some advice for others who may be facing the disorder: Look on the bright side. 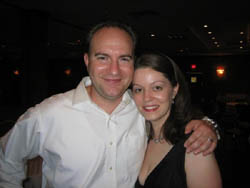 Carrie and her husband Arthur.

Deussing also recommends to get checked out as soon as possible. “I was released on July 20th, one year to the date when my symptoms first started,” she noted. “Most people wait years before they are diagnosed properly and then it takes a long time to get the treatment. Once I got my diagnosis confirmed in September, I just fought as I hard as I could to get the treatment as fast as I could. Because I was on waiting list for Germany and if I didn’t go to Mexico, I’d still be on the waiting list for Germany. I think that helped me to treat this disease as quickly as possible.”

She has raised approximately $40,000 so far, which covers the treatment in Mexico but still leaves her short for her traveling and post-medicine expenses. She is scheduled for at least three booster sessions which average $1,000 a session. “I’m hoping my insurance company will cover my physical therapy,” she said.

Donations are still being welcomed to cover the complete costs of the experience.

“My goal is to return to work in January of next year,” Deussing said confidently. “I don’t know if the doctors agree with that goal. They might think it’s a bit too aggressive. We’ll just have to see how everything goes.