VANCOUVER – Extreme Canadian Championship Wrestling’s much-anticipated Pacific Cup tournament is being held this weekend in Vancouver, BC. Called the “top independent wrestling tournament of the year” in Canada, it provides a chance to make a name for oneself.

The annual tournament, which goes down Saturday, pits the best talent in the Pacific Northwest against one another in a battle for the prestigious Pacific Cup, a trophy that has been won by the likes of Asian Cooger, Scotty Mac, Aaron Idol and last year’s winner, the exciting Kyle O’Reilly. Former Pacific Cup Champion Idol explained to SLAM! Wrestling the significance of this weekend’s tournament. 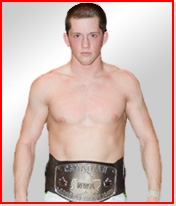 “It’s Canada’s top independent wrestling tournament of the year,” Idol said. “It is a positive experience, as it gives you a chance to test your skills against other top competitors, as well as allowing you to create a benchmark, with regards to your own progress within the sport. It is an excellent opportunity to showcase what you bring to the table.”

Idol isn’t in this year’s tournament — nor are a lot of the ECCW veterans. This year’s tournament entrants include only one former Pacific Cup champion; the rest have either never competed in the tournament before or have only done so once. This year’s entrants are (in no particular order): “Brilliant” Billy Suede, Azeem The Dream, WASP, Halo, Ice, Kyle O’Reilly, “Untouchable” Jamie Diaz, CJ Strongheart, “Ravenous” Randy Myers, and El Phantasmo. (There may be a few last-minute entries that will be decided at an event the night before.)

That leaves the competition wide-open for a wrestler to win it for the first time. But winning the Cup isn’t always the most important thing, at least according to one wrestler, Azeem “The Dream.” “Whether I win this tournament or not,” he said, “people will know that Azeem the Dream is a serious competitor in the Junior Heavyweight Division.”

Azeem agreed, adding, “If I win this tournament it would tell everyone that said I couldn’t cut it in pro wrestling that I can do it and that I deserve to be where I am.” 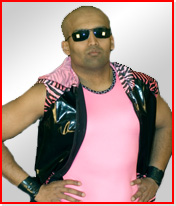 First-time Pacific Cup competitor “Superfly” Dan Myers concurred. “I am really looking forward to competing in this year’s Pacific Cup. I think that I will be able to bring something different to the table in the sense that not many of the other wrestlers have seen me. The wrestlers in this year’s tournament are some of the best in Canada right now and look forward to getting in the ring with them to see what they have to offer. And if I were to win the Cup that would be a huge feather in my cap and be able to say that I have defeated some of the best juniors in Canada.”

CJ Strongheart is another first-time arrival to the Pacific Cup and he sees winning the Cup as being a major career step. “I can’t say really what its like to compete in it as this would be my first one,” he told SLAM! Wrestling. “But I can say I’m happy and proud to be in it and to have the chance to showcase my talents. Winning the Pacific Cup would mean miles to my career. It would place me in an elite group of the people who have won the tournament.”

What is perhaps most unique in the Pacific Cup is that the format allows for just about any outcome. The wrestlers are often grouped in brackets where veterans face relative newcomers with surprising results. In the 2007 Pacific Cup, for example, newcomer Kyle O’Reilly was in the final match against veterans Tony Kozina and Scotty Mac. Both Scotty and Kozina were heavy favourites going into that final match, but it was the talented O’Reilly who actually emerged victorious.

Matt Watson, a big fan of ECCW and Kyle O’Reilly said he was happy, but surprised by the 2007 result. “Kyle’s awesome, but he doesn’t have the experience of Scotty Mac or Kozina. How he was able to beat them after wrestling so many matches in one night is beyond me. It just shows that this tournament truly brings out the best in the guys and that truly, anything is possible.”

This year’s tournament will take place Saturday, June 7th at the Russian Community Centre in Vancouver, BC, at 2114 4th Ave. Belltime is 8:PM. ECCW organizers recommend coming early as tickets tend to go quick. “This is the most popular event of the year for us,” one of them said. “And once you’ve seen one of the tournaments, you’ll know why.”