At the World Wrestling Entertainment Fan Axxess Tour, Santino Marella comfortably soaked in the adulation of the crowd, and welcomed them with a humorous promo before signing autographs in a special two-hour session.

It was a performance that prompted tour manager Hillbilly Jim to joke, “I think many of the fans here are Santino’s relatives.” 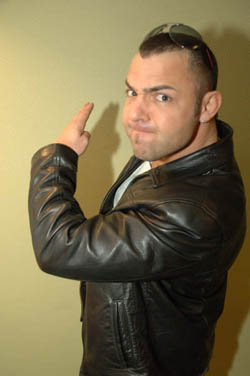 It wasn’t that long ago, that Marella, whose real name is Anthony Carelli, was training in WWE developmental territory Ohio Valley Wrestling before getting the call of calls every wrestler hopes to get.

From the beginning, one could say he was a shooting star, bringing to the table a full featured mixed martial arts resume complimenting his wrestling abilities.

In a relatively short time frame, he has worked the ring with “Stone Cold” Steve Austin, and is a former Intercontinental Champion, defeating Umaga during WWE’s tour of Italy last spring.

Not a shabby start.

“I was born in Mississauga, and of course have an Italian family heritage. I was a wrestling fan as a kid and my father took to me to a lot of the shows,” Marella said in an Axxess interview with SLAM! Wrestling. “I’ve been doing judo since the age of nine and wrestled since high school, winning a few tourneys like the Region of Peel Secondary School Athletic Association (ROPSSAA) along the way.

“My shoot background helped in the sense that I knew some things like how to take falls, which made it easier.”

His cheeky “Santino’s Casa” segments along with his spots with WWE Diva Maria have been praised by many fans as entertaining.

“Maria is great person,” he said, smiling. “We feed of each other’s energy.” 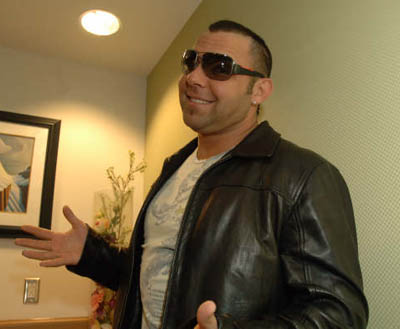 “Carelli is cool and calm.”

Carelli is cool and calm, thinking through his answers and looks you straight in the eye when replying. He has a subtle sense of humour that he likes to display and in observing him at Axxess, it’s clear he enjoys the role of Santino.

He stands 5-foot-10 and comes across as a low-key guy who has a fire burning inside.

“Wrestlers like The Dynamite Kid, Chris Benoit, Chris Jericho, Bret and Owen Hart influenced me; I think you can see the pattern there,” Marella explained. “Those guys were around my height and helped inspire me to believe I could make it like they did. Because the stories of guys starving, guys sleeping in cars, it’s a very real thing.”

Judging by his sold out autograph signing at Axxess, that shouldn’t be a problem for Italia’s finest.

Because life is always beautiful for Santino.