Live for Sunday a Valiant effort

The documentary genre is perhaps the best method for presenting the world of pro wrestling on film; most stories from the ring wars and backstage dramas often seem trite when told as fiction. Give your average wrestler a few minutes to tell their story, though, and you’ll usually have a world-class narrative.

So it is with Marshall Ward’s film Live for Sunday, an explication on the current whereabouts and happenings of Jimmy Valiant (either “Handsome” or “Boogie-Woogie” depending on your favourite memories). 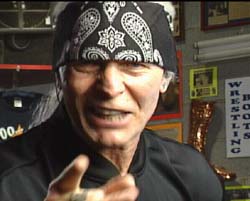 Jimmy Valiant in Live For Sunday.

The film premiered at the Guelph, Ontario Indie Film and Music Festival on September 22nd, and is to be screened in Waterloo, Ontario, right next door to Ward’s hometown of Kitchener, on October 7th at 7:00 p.m. Marshall Ward spent some time after the Guelph premiere talking to SLAM! Wrestling to preview the Waterloo screening.

As opposed to the still pre-eminent wrestling documentary, Hitman Hart, of which Paul Jay has suggested that it wasn’t exclusively Bret Hart himself who drew the filmmaker to the story, Marshall Ward is unabashedly up-front about his reasons for making this film.

“It was a dream come true to meet Jimmy,” Ward admits, exuding excitement over the phone. He vividly recalls going to a house show in Kitchener as a youngster mainly because his friends were going — he didn’t have more than a passing interest in wrestling at the time. That night, though, changed his whole outlook on the sport and started him on the road to what he admits is an obsession of wrestling.

“Jimmy Valiant was to wrestle Harley Race that night, but it was changed and he ended up fighting The Great Kabuki in an NWA U.S. title match,” he recalls. “It left such an indelible mark — I didn’t even know wrestling was a scripted spectacle at that time. From that point on, though, for the 12 or so times that wrestling came to Kitchener, I camped out all night so I could get those front row tickets.”

Ward went on to garner a small measure of fame in Kitchener, appearing in the Kitchener-Waterloo Record newspaper with his massive collection of wrestling figures and a mountainous stack of magazines behind him. Yet, after all the videos he’s collected and events that he’s attended, there’s always been one man that loomed over everything: Jimmy Valiant. 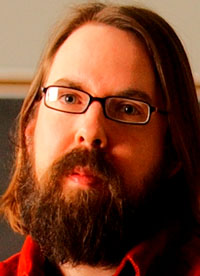 “Personally, I don’t think Jimmy was the greatest wrestler of all time, but he had the charisma that made him stand out,” Ward explains. Valiant used that charisma over a 40-year career that was notable not simply for longevity but for the duality of spending half of that time as a reviled heel, during the “Handsome” portion of his career, before becoming the beloved “Boogie-Woogie Man.”

While wrestling remained a passionate interest, Ward developed his own career as an artist and found his skills best put to use in the visual arts, with his work literally admired around the world. Afterwards, as he began teaching Art at Wilfred Laurier University, the last thing he would have considered himself to be was a filmmaker.

Ward explains that the ease of entry into filmmaking offered by low-cost equipment, especially in the world of documentaries, started the wheels turning and he began exploring the possibility of focusing a film on his childhood idol.

“I had made two documentaries previously with Bill Boehlen and Mike Seto, and they knew I was a wrestling fan,” Ward explains. His previous films, Behind the Robe and Love Will Set You Free, Jay Semko: An Approach to Songwriting, created a comfort and trust among himself, Boehlen and Seto, a dynamic that would prove crucial to allowing Ward to chase down his dream.

“I found out he had a wrestling website and I realized I could approach someone like Valiant and come to his school,” Ward recalls. “On email he said yes, be my guest and come on down. I didn’t know much about who he was, but I had read he was a nice man and that he and his wife Angel were very welcoming.”

Ward was about to take a risk that many people decide is not worth the potential reward: would he finally come face to face with a hero and be sadly disappointed by the actual person? “When I got there he was everything I could have wanted and more,” Ward declares.

At this point Ward responds to the question that this all sounds too good to be true. If Valiant is such an accommodating person, and Ward is such a huge fan, frankly, is there an interesting story to be told or is this film going to be a love-in for Valiant fans only?

“What was so unexpected was that his school welcomes young people who I don’t think any other wrestling school would bring in,” Ward says in response. “There are a lot of guys who have special needs, there was a special Olympian there, there were people that have physical deficiencies and mental deficiencies. Some guys were off the streets — they just didn’t have a chance and that was the beauty of being there. Jimmy was so nurturing.”

The film therefore relies very little on Ward’s realization of a lifelong dream, and even less so on Valiant’s past antics and glory as a wrestler. In fact, due to what Ward categorizes as an “independent budget in every way,” the filmmakers have extremely limited access to past publicity or video materials — even though Valiant said they could use whatever they wanted.

“Jimmy is a funny guy,” Marshall says with a laugh. “He seems to … not be in touch with reality in regards to copyright. He offered up all these videos but we can’t use them. What we did was to be careful about scanning pictures from Pro Wrestling Illustrated.” Ward used a contact at PWI to make sure that what they were doing was appropriate and allowed, and they proceeded to painstakingly pry what images they could from the archives.

With so little material available from the past, therefore, Ward was forced to focus on the present. He admits to not pre-planning any kind of storyline (and it should be noted that, although most people associate documentary filmmaking with the un-planned “Direct Cinema” style, many productions take great care in targeting what kind of story they want to tell), and the trust previously mentioned was critical towards the filmmaking team’s success in venturing to Virginia, for a tiny window of only three days, and coming home with a story intact.

Ward, for his part, continually credits Valiant’s school with providing a natural basis for an intriguing film. “It was such a family atmosphere — it was such a supportive atmosphere,” he says. “He tries to help these people reach their dream of wrestling somewhere on the independent circuit, but he doesn’t give any delusions, doesn’t let anybody think they’re going to the WWE or TNA.” 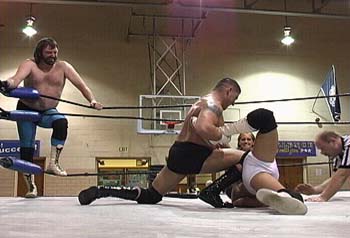 Ward estimates that Valiant’s biggest success story is probably Frank “The Tank” Parker, who has worked for ECW and wrestled in dark matches for the WWE, as well as showing up in PWI‘s Top 500 last year. Still, Ward insists, the beauty of Valiant’s school is that the people that come for training are fans first and foremost, and Valiant is simply providing what is most fans’ greatest dream — just to wrestle.

“Jimmy trains them and tries to get them out to wrestle, sometimes just in front of 20 people,” Ward relates. “He believes that everybody should be given a chance. And I’m such a big fan that I don’t see myself as being much different than them.”

The only hitch that has come up for Ward’s screening is an unaccounted-for conflict with WWE’s No Mercy pay-per-view on the same night. Knowing full-well that the event is a direct competition for Ward’s very target audience, the filmmaker offers this compromise: “The Still is a bar in downtown Kitchener that shows every WWE pay-per-view,” he suggests. “So it’s possible to still catch the second half of No Mercy if fans were to come out to see Live for Sunday.”

As for the full audience potential for the film, including the potential for bringing in non-wrestling fans, Ward is very cognizant of the select audience he is likely to reach. “I’m hoping that it resonates with anyone who had a childhood hero — the power of dreams and the importance of heroes,” Ward says in conclusion. “But I don’t think for a moment that it will win over wrestling fans — it’s just a really colourful, fun film.”

In truth, any film with Jimmy Valiant as the focus would be hard-pressed to not be colourful or fun.

DETAILS
Live for Sunday: A wrestling documentary (2007), run time: 79 minutes.
A film by Marshall Ward, Bill Boehlen, and Michael Seto.
Music by Jay Semko.
Produced with the support of CTV Southwestern Ontario.
Screening at the Princess Cinema in Waterloo on Sunday October 7th @ 7pm.
Tickets are $8.00 and available at the door.