Lanny Poffo not ready to retire 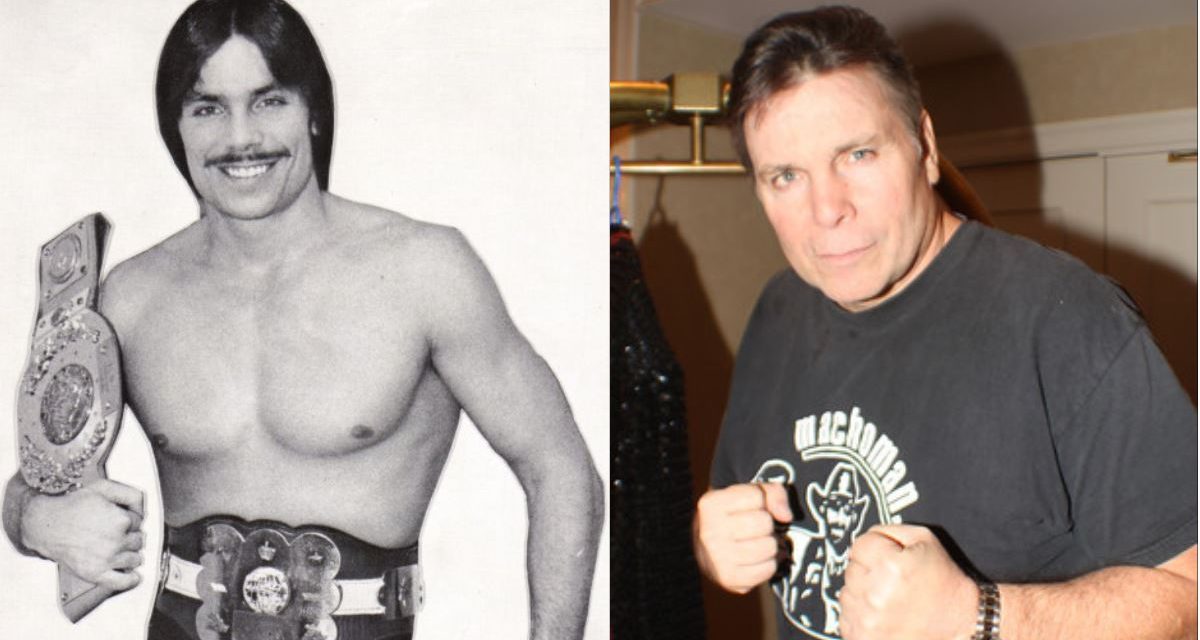 It would be easy to understand if Lanny Poffo felt sibling rivalry. His brother, Randy “Macho Man” Savage is one of the most successful wrestlers and media personalities in the history of pro wrestling.

In a recent interview with SLAM! Wrestling, Poffo demonstrated no resentment towards Savage. When asked about his famous brother, Poffo only offered a brief comment, “Randy is very happy and very retired.” 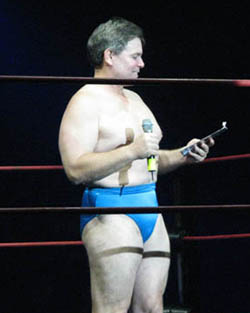 Lanny Poffo before his match in August 2007. Photo by Sandra Garrido Arciniega

Lanny Poffo has achieved a lot more than just being the brother to Randy Savage. Wrestling fans will remember his days in the WWF as “Leaping Lanny” and “The Genius.” Poffo is semi-retired from wrestling but still does a few independent shows. He recently faced Kamala at the Wrestling Supershow in Ottawa. Poffo maintains a very business-like approach to wrestling, “I tell promoters if the price is right I will do it tonight.”

Former WWF star Koko B. Ware has fond memories of wrestling against Poffo, “Working with Lanny was great. We were like two peas in a pod. When we wrestled, we made each other look better.”

At 52, Poffo has developed many interests outside of wrestling. He does presentations in schools about the evils of smoking. When speaking about the subject, it is obvious Poffo is passionate about the cause, “Anyone who starts smoking has a death wish. Many of the problems we have in society today can be traced back to smoking. I do a lot of presentations in schools so I always try and add comedy to appeal to the younger children.”

Given Poffo’s message of clean living, it was a natural fit he was asked to comment on the Chris Benoit murder-suicide. “I was approached by Fox News and TSN Off the Record to talk about the Benoit situation. I did not shy away from the fact that I took steroids for part of my time in the WWF. I was extremely lucky to not have any long-term consequences. As a group of people, I think wrestlers need to stop acting like John Belushi.”

Besides being a TV pundit, Poffo has entered the world of acting. He appeared in a horror film, Curse of the Wolf, in 2006. Poffo is not anticipating a star on the Hollywood Walk of Fame but would be open to other offers. “I enjoyed doing Curse of the Wolf. They flew me up to Erie, Pennsylvania, where we did all the shooting. Even though it did not make millions of dollars, it was an interesting experience.”

Poffo may also be entering the world of cruise ship entertainment. “A representative with Royal Caribbean is a Genius fan and proposed the idea of me wrestling on their cruise ship, Freedom of the Sea. I would wrestle a few matches and offer seminars about wrestling. Fans would have the opportunity to meet with me in an informal setting. I am in discussions with the cruise ship company so we’ll see where it goes. It is funny I gave I away my wrestling boots to charity. I just went online to buy new boots so I guess I am not ready to retire yet.”

Whether you are catching Poffo give a seminar about the evils of smoking, on the silver screen or cruising the Bahamas, you can keep up-to-date via his website at.