Dusty Wolfe never got a lot of chances to cut promos on TV while he competed in the WWE back in the ’80s and ’90s. Given some of his views on the industry, a live mic in his hands could have made for some really interesting television. Or at least raise some eyebrows.

Consider, if you will, his candid thoughts about TNA Wrestling. 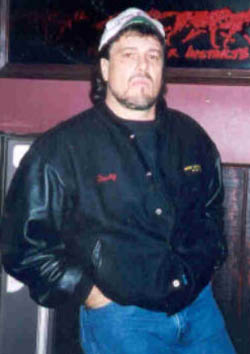 “TNA doesn’t stand a chance,” he told SLAM! Wrestling in an exclusive sit-down interview, “because they’re trying to run a national company like (a regional promotion). That formula — where the owner is ‘the man’ — doesn’t work on a national level. That’s the formula they’re running, just replace Jerry Lawler with Jeff Jarrett.”

“What’s worse,” he continued, “is that Jeff Jarrett’s smaller than I am. He’s got a lot of talent, but when you look at him, he’s only about 5-foot-10. Anyone who’s had a serious run in the business, especially since it’s gone national, is a big man. Memphis was one of the few territories where little men could make money. And it was kept that way for a reason — because Jerry Lawler’s ego made him want to be the biggest man in Memphis. He (buried) many guys because they got over bigger, than he did. That’s not being a smart boss. A smart boss lets you get over because he knows, if you get over, you’ll make him a lot of money. If you become an idiot or whatever, then he’ll show you the door. But in the meantime, he’ll make a whole lot of money with you. That’s not what TNA is doing — you’ll see on TV, they’ll get a guy or a tag team, and one week they’ll get over, and the next week, they get killed. That’s Jarrett being Lawler, and running a company like that doesn’t stand a chance.”

Wolfe has his own theory about how TNA could survive, even with that kind of “flawed strategy.”

“The only way it stands a chance is if Vince (McMahon) lets them survive. And call me crazy, but not only is he letting them survive, but he’s feeding them. (Kurt) Angle didn’t slip away from Vince; he’s in rehab. He’s like a baseball player in double-A or triple-A rehab. Monty Brown being signed — what would Vince ever need Monty Brown for? It’s the game. Vince is letting them survive, just like he did Paul E (Heyman’s ECW). I don’t know how much money Panda (Energy, the parent company of TNA) has got, but they (wouldn’t) keep it around (without Vince helping them out).”

And would Vince actually do such a thing? Dusty believes he would if there was a sound business reason to do so.

“At the end of the day,” Wolfe said about his former boss, “I have to say I admire the man. He’s survived it all. He survived his own expansion (in the ’80s) that nearly broke him. He survived the scandals (of the ’90s). He survived the competition from people who had more money — the (Monday Night War era) was the first time in his 20-something years in the business that Vince couldn’t lead, that he had to follow someone, and that killed him. But he’s still standing. No matter what business you’re in, you have to admire that. I know I’ll never work for him again, but I have to admire him.”

No small part of McMahon’s success comes from being the creator of the current-day product, and from knowing how and when to change, or even destroy, his creations. The concept of “kayfabe” for example.

“When it suited Vince — when he felt it would make him more money — Vince killed kayfabe. It went right out the door. And not just for Vince, but for everybody, because everyone figured that if it was fake for Vince, it was fake for (all other promotions) as well. It doesn’t matter if the (wrestlers) want to kayfabe or not — and a lot of them do, because without the gimmick, without the good guy versus bad guy, it’s harder to get over. But Vince doesn’t need anyone to get over any more.”

That may seem counter-intuitive — after all, doesn’t a promotion need stars for the crowd to get behind? Maybe, just not as many as one may think, according to Wolfe.

“Sure, he needs talent like Shawn Michaels and The Undertaker that he can wrap (the product) around. But past them, he doesn’t need anybody else over. See, Vince isn’t in the business to get any (single wrestler) over; he’s in the business to get the entire WWE product over. He figured out that people don’t go to see the horse act, they don’t go to see the clown act or the trapeze; they go to see the circus as a whole. Wrestling fans go to see the WWE as a whole. With the exception of six or eight guys, he could replace anybody. Nobody can hold him hostage. Basically,” he concluded, “he can put any young kid in there.”

But that in itself is a tall order to fill according to Wolfe, because of the low availability of young wrestlers of quality. Wrestling schools today, in his view, are doing a disservice to the industry.

“I hate wrestling schools,” he said pointedly. “I think they’ve ruined the business. Other than three or four guys that I would recommend someone should go to — Ken Johnson, Les Thatcher, Danny Davis, the Samoans — all of the schools should be shut down. They’re killing the business for everybody.” 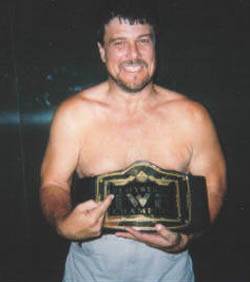 “To put it into an analogy,” he explained, “wrestlers are machine parts. Let’s say you need a hundred machine parts to keep the machine running, and you know you’re going to need 20 spare parts at any given time in case of a breakdown. Why, then, would you produce 1,200 parts? That’s what a school does. The schools churn out all these guys, but then there’s so many of them, that there’s not enough places for all of them to work. So they can’t get experience and get better. So then, they either set up a promotion of their own which only kills the town, or ever worse, they start a school themselves. That’s the worst, because you have these guys who don’t know how to work and he’s teaching somebody who’s going to come out with even less. Then he goes on to teach somebody else who will be worse, and so on. It’s like that Michael Keaton movie, Multiplicity, where they make a clone of him, and then make a clone of that one, and then of that one. By the time they get to the end, there’s one clone who’s running around with airplane goggles on his head. The explanation was that any time you make a copy of a copy, you lose something. That’s the same thing with the schools today — it’s sad.”

Even worse, according to Wolfe, is that the schools don’t filter out guys based on their potential to become legitimate stars, but rather open their doors to anyone who wants to train. This, he says, only serves to degrade the industry even further.

“One of the deepest things I ever heard about this business, somebody told me about five or six years ago: when you’re going through the crowd to the ring, and you look like (one of the audience), you should stay there. I firmly believe that. It’s not like I’m a huge man, or overly-impressive-looking, but I’m not 5-foot-2 and 120 pounds, or 5-foot-4 and 450 pounds. I do look like somebody that should at least be in the building. And that’s what it’s supposed to be. These guys today don’t have a clue about that, and that’s sad. And they don’t care that they can’t sell tickets, as long as they can get into their playground.”

That sort of mentality is what causes the younger wrestlers to take free or very cheap bookings in order to get experience working in front of a live crowd. Echoing the sentiments he previously expressed in fellow SLAM! Wrestling writer Richard Kamchen’s article, Rookies wrestling for free undermining Indy scene: Vets, Wolfe is very irritated by younger wrestlers who accept lower, or no payoffs to work a show, noting that it is veterans like him who pay for that practice in the end.

“These kids have to stick up for themselves (and refuse to work for free). If everyone did that, then soon promoters will have no choice but to pay. If a promoter says they can’t pay me, I just walk away. If you don’t and you work for free, you can’t ever (charge him). I don’t care if it’s a ten dollar bill or a twenty dollar bill … even if it’s just five bucks and some money for gas. Or else, every guy that comes to him who’s got kids to feed and bills to pay won’t be able to go there and get money. It’s got to change, it’s killing the business. It makes no sense. If you don’t work for the money, then you’re just a mark for yourself.” 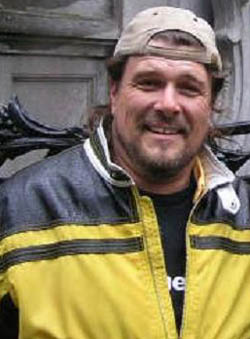 It’s a disturbing trend for which he finds Canadian wrestlers highly to blame, largely because of their ability to travel easier than their American counterparts.

“I used to work in Mexico,” he said, “but then a bunch of Canadians started floating in there. I guess they don’t have to have all of the paperwork that we do or something. When I first started there, I could make two or three hundred dollars a show. If I went now, I’d be lucky to get one or one and a quarter. The Canadians killed the money as far as foreigners go. I quit going to Mexico as a result. I’m not knocking them, if they can’t get work at home, why wouldn’t they come down? But if all the Canadians are going to work so low, why would promoters pay anyone else more?”

It’s that sort of candour that makes it a shame that Wolfe wasn’t given more speaking time on TV. But, that aside, he still does have a forum for his views as a frequent contributor for oldschool-wrestling.com, a site that was founded by his late friend and former tag team partner, Ken Timbs, Ken’s wife Juanita and friend Bob Moniz.

“I’m their resident idiot,” joked Wolfe about his involvement with the site. “Bob, Kenny and Juanita set up the site, and all Kenny had to do was say please. I spend too much time on it, but I have fun with it. I don’t mind sharing what little bit of knowledge that I have. I used to get insulted by some of the things that people used to send back. The only thing that bothers me now is when people think I can’t know things because I did jobs, or that people who’ve never been in the business think they can know more about the business than I do. I’ve learned to laugh at a lot of the things about it. If you can’t laugh at it, you’re just going to cry. Of course, you’re going to get the people who want to piss in the punchbowl, but you can’t let that get to you. They’re some really decent folks on there.”

The highs and lows of Dusty Wolfe