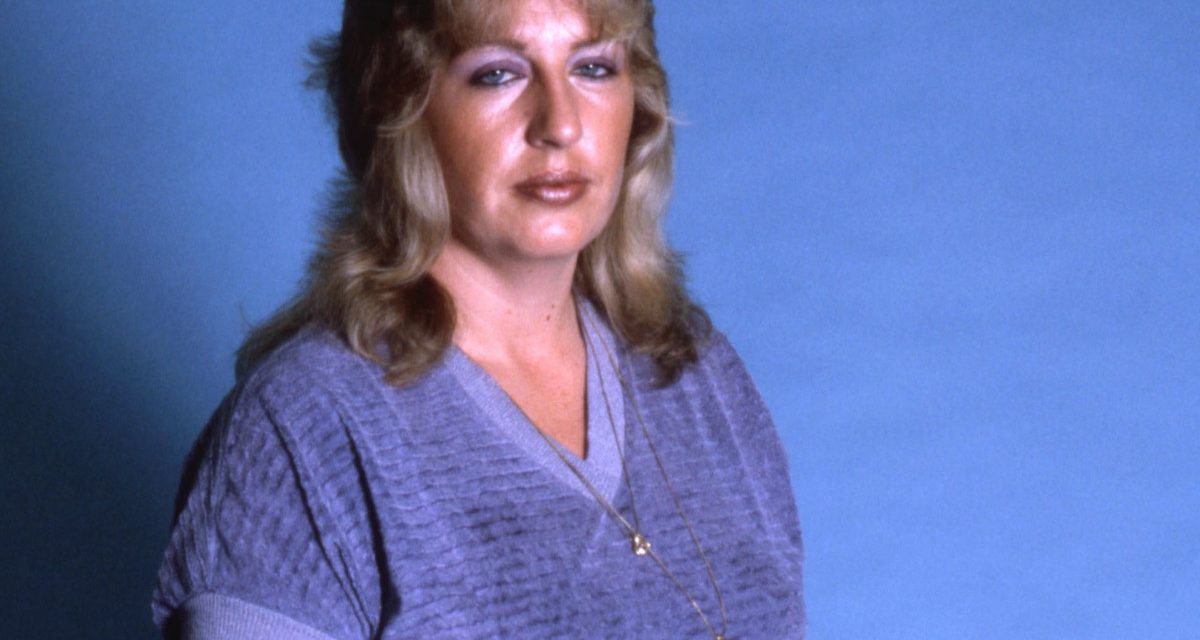 Judy Martin is laughing  is as she remembers the driving motivation behind a wrestling career that spanned two decades. “I really didn’t want to work an eight-hour job,” she recalled. “I wanted something a little different.”

As it turned out, Martin got something different, and then some. As one of the top woman stars of the 1980s, she traveled around the world, played a featured role in major par-per-views, and even wrestled in a rare women versus men tag team match. 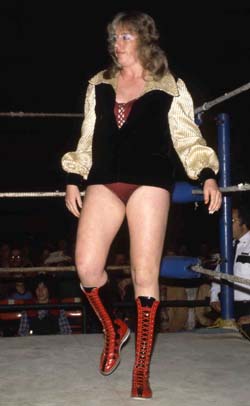 Throw a world tag team title and several tours of Japan and Mexico, and you had a first-rate career when women’s wrestling really meant something. “I loved it,” she said. “I gave 100 percent every time I turned to walk in that ring.”

Martin will be making her first wrestling-related appearance this weekend as part of the three-day NWA Legends Fanfest in Charlotte, N.C. She’ll be among more than 50 wrestlers signing autographs and mixing with fans at promoter Greg Price’s event.

Also on tap are two night of live wrestling cards, including the final in-ring bout of Tully Blanchard as he takes on Dustin Rhodes; question-and-answer sessions with Ted DiBiase and members of wrestling’s Four Horsemen; and Price’s first-eve Hall of Heroes banquet to honor the careers of many NWA greats.

Given that whirlwind of activity, Martin said she’s looking forward to the short drive from her South Carolina home to see old friends and meet new acquaintances. “I’m very excited about it. I think it’s going to be a wonderful time.”

It’s also a long way from her introduction to wrestling, when she approached Blackjack Mulligan and Dick Murdoch after a show in Columbia, S.C., to learn a little bit about the sport.

“I didn’t know women could do this,” she told the pros. Mulligan quickly responded that not only were women welcome, but The Fabulous Moolah ran a training facility for them in Columbia. Just as quickly, though, he warned Martin wouldn’t make it in the business — one squeeze of his massive hand and he figured she lacked the requisite strength.

Undeterred, Martin, who had played volleyball in school, hooked up with Moolah, Joyce Grable, and Leilani Kai in 1979 to learn the ropes of the business. “It was tough, but I enjoyed it,” she said. “I spent most of my days in the ring and most of my nights trying not to hurt.”

Martin started out in Japan, which she said was “a little overwhelming at first … It bothered me at first. The Japanese fans didn’t clap, at least for the first few minutes. They’d be so interested; it was like they were trying to figure out all the moves. I got into later,” she said.

Martin entered the WWF on a regular basis in late 1981, teaming with Candy Malloy, and stayed in the federation for at least part of the year for the rest of the 1980s. That, she said, was a true golden era for women’s wrestling, with a roster that included Wendi Richter, the Jumping Bomb Angels, the Crush Girls, Velvet McIntyre, Rockin’ Robin Smith, and many more.

It also was appealing to fans because no two girls wrestled exactly in the same manner, so they appealed to fans in a lot of ways. “It was a wonderful group of wrestlers,” she said. “No two people worked alike. Everyone had a little different style.”

For Martin, who usually worked the heel side of the ledger, her “Glamour Girl” pairing with Kai was probably the pinnacle of her time in the WWF. The team, managed by Jimmy Hart, was awarded the women’s tag belts in 1985 and successfully defended them until January 1988, when they lost to the Jumping Bomb Angels.

The pair again won the belts in June 1988 and held them until the federation phased out the women’s division in 1989, just after Martin spent the first six months of the year chasing Robin’s singles title.

As she looks back, Martin thinks WWE Chairman Vince McMahon missed the boat by scrapping women’s wrestling, which eventually returned in the form of today’s divas. “Vince said he wasn’t going to use girls,” she said. “Honestly, I think if he gave the girls the exposure he did the guys, we would have done very well. There was a lot of talent there and I think it was a mistake.”

Martin headed briefly to the American Wrestling Association in 1989 and worked for a while in World Championship Wrestling before it, too, scrapped traditional women’s wrestling in favor of something that resembles swimsuit models for Maxim. She teamed again with Kai in the Ladies Professional Wrestling Association, where Adnan Alkaissy served as their manager. 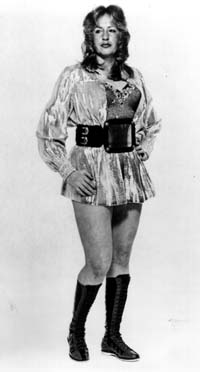 She later briefly held the Professional Girl Wrestling Association title in 1999 as the result of a mixed tag team match when her partner, Thunderfoot, pinned George South, partner of champ Susan Green.

Sound odd? Not really — Martin said one of her most memorable moments in the game came when she and Kai, holding the tag titles, squared off against two men (Steve O was one of them) in a mixed-gender match in Atlanta. “That’s something I’m proud of,” she said. “That as very unusual for the times.” She doesn’t tune in often to wrestling, but scratches her head when she sees the demise of traditional women’s wrestling.

“I watched a few weeks ago and I said, ‘Oh, my goodness!’ It is totally different now. I don’t think I would have been interested in it.”

Martin worked for several years in law enforcement and currently transcribes medical records. No crowd roars there, of course, but “it’s a lot safer than what I was doing!”

Battle of the Sexes: Men vs Women tag in Atlanta