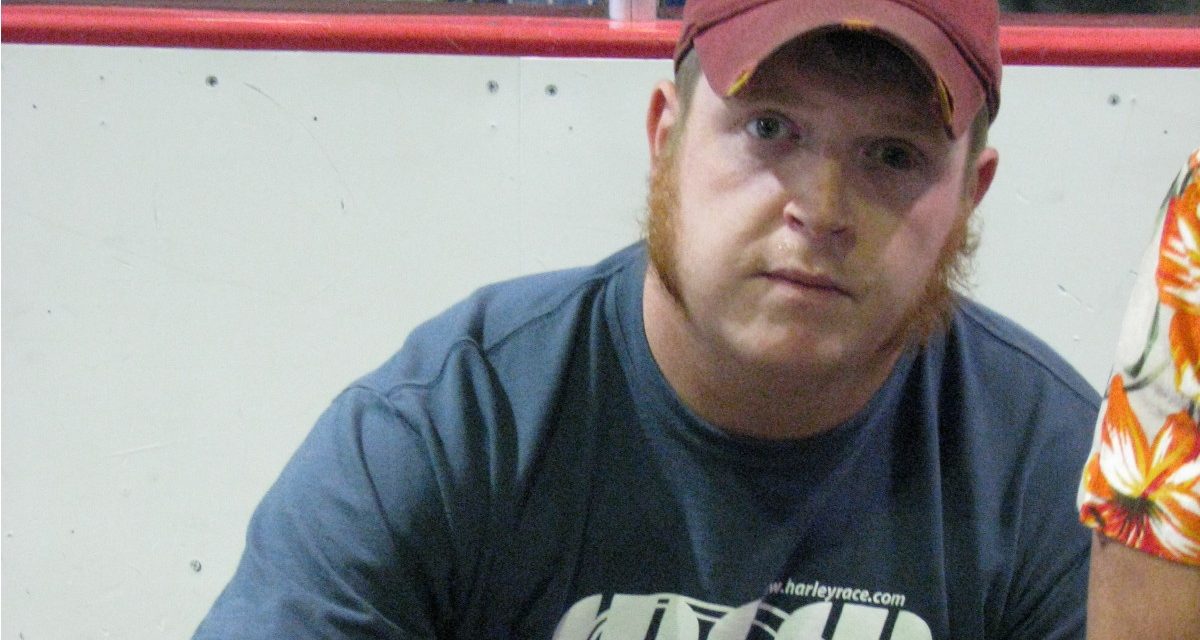 WATERLOO, Iowa — As half of the WWE world tag team champions, Trevor Murdoch knows a thing or two about performing in front of big crowds. But tonight the audience is a little more intimate, maybe 250 people, and he’s loving it.

Murdoch, or as he was known in these parts, Trevor Rhodes, is back performing for Harley Race’s World League Wrestling promotion, which runs shows in the heart of America, based out of Eldon, Missouri.

It’s the George Tragos / Lou Thesz Professional Hall of Fame weekend in Waterloo, Iowa, and Race has brought his crew in for a show on the Friday night at the Young Arena. Murdoch is the headliner, the WLW Heavyweight champ and the biggest current star on the show that included many legends of the past signing autographs and peddling photos and t-shirts; it also marked the professional debut of Joe Hennig, son of “Mr. Perfect” Curt Hennig, who teamed with Ted DiBiase Jr. — The Million Dollar Man Ted DiBiase’s son — in a losing cause against DinnT Moore and Branden Tatum. 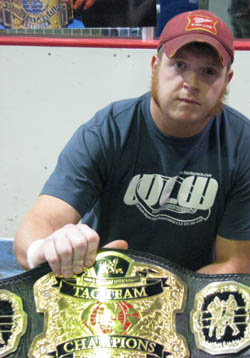 Like Hennig and DiBiase, Murdoch also went down to defeat, dropping the WLW belt to Dangerous Derek McQuinn, ending his third reign as Race’s champion.

After the show, a red-eyed Murdoch shared some of his great memories of WLW in the dressing room. “This is where my roots are, where I started. This is where I got all my experience. To actually come back to Harley’s group and wrestle some of his top guys, and have some really good matches, reminds me why I’m in this business,” Murdoch told SLAM! Wrestling. “You know, to go out there and entertain people, and have good matches in front of local people, people that just want to come meet and talk to the wrestlers. I really enjoy the interaction with the people. With Harley’s organization, I’m able to meet them all.”

Murdoch first broke in with Race back in 1999. At 6-foot-4, 240 pounds, he quickly stood out on a typical indy roster. As Stan Dupp in the Dupps faction in WWE’s development territory and in TNA, he never really got a chance to shine. Back in WLW, under his real name of Trevor Rhodes, he got a chance to excel, and was inked to a WWE deal in 2005. It was a definite change of pace for the certified welder, who used to put together railroad cars.

It’s night and day, he said, comparing a WLW show and WWE. “It’s a homey, family environment,” he said of WLW. “It’s what I grew up on, just watching and being a part of a smaller, family-oriented type of group. Whereas now with WWE, it’s a really big organization. I’m not saying that people don’t care about each other, but you can certainly feel the love around here a whole lot more than being up there.”

Murdoch stresses that’s not a knock on WWE. It’s just a different atmosphere. When there are 300 people in the crowd, he can really feel the vibe. At a WWE TV taping or a pay-per-view, there can be that many people backstage alone.

“There’s a certain amount of exhilaration that comes from working in front of the 20,000, the 18,000. The challenge here though, granted there’s not as many people, but there isn’t as many people, so there’s a lot less people paying attention to detail. You understand what I’m saying? You kind of get lost in the crowd a little bit when you’ve got so many people out there, there’s so many things trying to keep their attention. Whereas if you are in front of 200, 300 people, they’re paying attention to every, single thing you’re doing.”

The crowd is different too, he said. “They’re here to be fans, they’re here to enjoy. They’re not here to be, don’t get me wrong, there’s a spectacle to it, of course, on Raw — I get caught up in it every Monday, but there’s just nothing like coming to a small town of 200 people that have spent their money for the weekend to have their entertainment; they’ve got their kids with them. And that’s what they’re doing for a Friday night; they’re coming to watch pro wrestling. They’re not going to see a bunch of guys flip them off, cuss them, ‘You’re a piece of shit,’ and all that. Your kids can hate the bad guys and be okay with it. Your kids can love the good guys, and feel happy about it. That’s wrestling, bro.”

The family aspect is important to Murdoch, who has a seven-year-old daughter, and an 18-month-old son. He chose to drive eight hours with his wife and son for the show just for the time together. “I just don’t want to miss out on any of the time I have at home with my kids, my crew,” he explained.

The cancelled WWE shows in western Canada on the same weekend didn’t affect Murdoch, as he’d already had Race’s show booked in his calendar ahead of time. “I’m a wrestling fan to the heart. I love this business. Hopefully I can do it until the day that I die,” said Murdoch. “That’s why if I have days off, or opportunities to go wrestle for Harley, I’m all over it, because there’s no lights, there’s no cameras, there’s just the people who paid money for the tickets that want to see some good wrestling.”

Murdoch said the grind of the WWE schedule is “insane” at the best of times. “I’m so happy to be back on TV. That’s what I work for all week, on the house shows. What a lot of people don’t understand, they see the two hours from Monday night, and think we go home and work out for the rest of the time, hang out by the pool. It’s not like that at all,” he said. “We’re on the road five, six nights of the week, and usually, if we get lucky, the last night you see us is on Raw, is our Friday, so that means I get to go home the next day.” 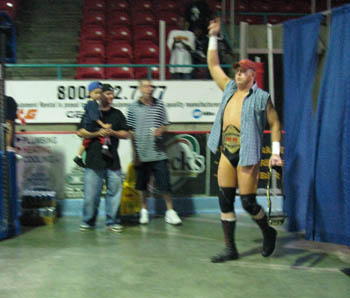 Murdoch enters the arena for his match.

There’s still an element of wonder in Murdoch’s voice as he considers the progression of his career. Hauling the WWE tag belt around is a blessing and a curse — every security guard at the airport wants a photo of it, he says — but a worthwhile one. “It’s a double-edged sword. I can sit here, ‘Oh, my life is soooo horrible that I’m tag team champion,’ but it’s not really. It’s really a great honour, don’t get me wrong, just like everything else; there’s a little bit more work, but it’s all worth it.”

Still, there’s that young fan in Murdoch who can easily put himself in the spot of the kids at the shows. “Before I got to WWE, they’d come here, and they’d go home and want to be the next Trevor Rhodes. They wanted to be that guy. It wasn’t because I was on TV every week. It wasn’t because I held a title. It was because, that night, for 30 minutes, I was his hero,” he said. “Unbeknownst to them, I go to work the next Monday welding, just like everybody else.”

Not any more. Mondays are a little more busy.