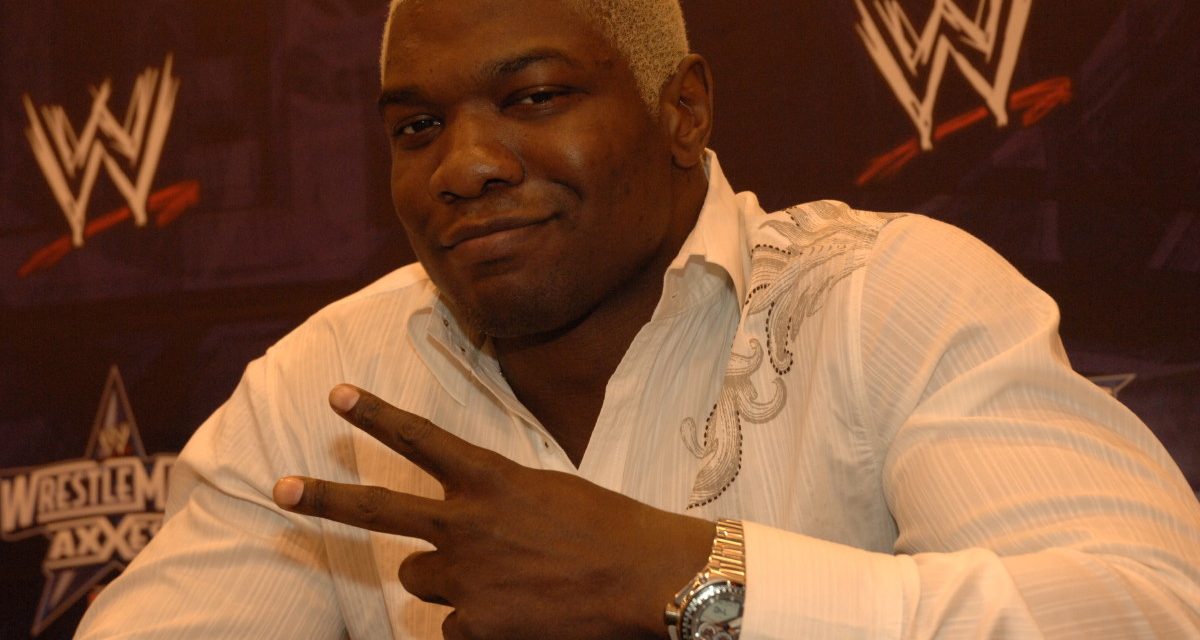 Whether it’s landing in Toronto for an autograph session only to find out that his luggage didn’t make it, or whether it’s being asked point-blank about the size of his genitalia by a female fan at the session, there doesn’t seem to be much that can faze WWE star Shelton Benjamin. Except, that is, for the suggestion that he’s not the best video gamer in the WWE locker room.

“Those are fighting words,” he warned, when it was suggested by this SLAM! Wrestling interviewer that he lost this year’s WWE’s THQ Superstar Challenge (a video game tournament that takes place every Wrestlemania weekend — Benjamin won four times in a row before retiring from the competition in 2007). “No, no, no. I didn’t lose my title. I voluntarily stepped aside to let somebody else get the chance to know what it’s like to be the champ. It was getting so monotonous; it was like watching Mike Tyson fights in the ’80s. By the time the TV got warmed up, he had already knocked the other guy out. Elijah Burke won this year, but even he knows he’s not ready (to take me on).” 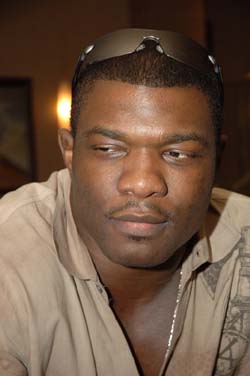 Shelton Benjamin in Toronto on May 10, 2007 for an autograph session. Photo by Mike Mastrandrea

Over a hundred fans came out to the Queensway Theatre in Etobicoke yesterday evening to meet the uncrowned video game champion, who will also be appearing at the WWE house show in Hamilton tonight. Though the card hasn’t been fully announced yet, it’s likely that Benjamin will be joined by his World’s Greatest Tag Team partner Charlie Haas, a tandem that has really helped revitalize the company’s tag team division in recent months.

“I think it’s really good that they’re focusing on the tag team division (again),” said Benjamin. “Because for a while, for the most part, it was dead. Now that me and Charlie are back together, we’re hoping for big things.”

That includes feuds with some of the teams that the duo have never faced before. “We haven’t really had any drawn-out feuds with them, or with anyone really. I’d love to work Kendrick and London -– I watch those guys and think they’re awesome. People call me a great athlete, but I see the things that they do, and I couldn’t do that. There are also a lot of surprise teams that are developing, so we’ll see what happens.”

While tagging seems to be the plan for the short-term, Benjamin is also looking forward to a singles career again at some point in the future. In the past, despite having won the Intercontinental Championship three times, fans of his have been frustrated by the seeming underutilization of Benjamin while he competed solo.

“I definitely think you haven’t seen the best of Shelton Benjamin,” he acknowledged. “I think I have a lot more to contribute, and I think that in time I will contribute a lot more. I’ve only been doing this for seven years, five with WWE, so when you look at the grand scheme of things, that’s a really short time. I still feel like I’m learning, I’m still a student of the game. Ask me five years from now, and I may have a completely different answer. But right now, it’s not really something I worry about too much.”

That said, Benjamin is glad that fans continue to appreciate his efforts, no matter whether in singles or tag matches. And hopes they will come out to see him live tonight.

“All the big names are going to be (in Hamilton), so fans should definitely come out. It will be a lot of fun. Canadian fans have always been rather receptive to me, so it’s always a pleasure for me to come and work here. Fans in Canada, particularly in the Toronto area, are awesome.”

“Bloodthirsty” Bob Kapur has been writing for SLAM! Wrestling for nearly ten years, and this is the first time he has ever used the word ‘genitalia’ in an article. He would like to challenge Shelton Benjamin and anyone else to a Guitar Hero battle. E-mail him at [email protected] if you’re up for the challenge.