Johnny Canuck: Back for G.O.D. and Honky Tonk 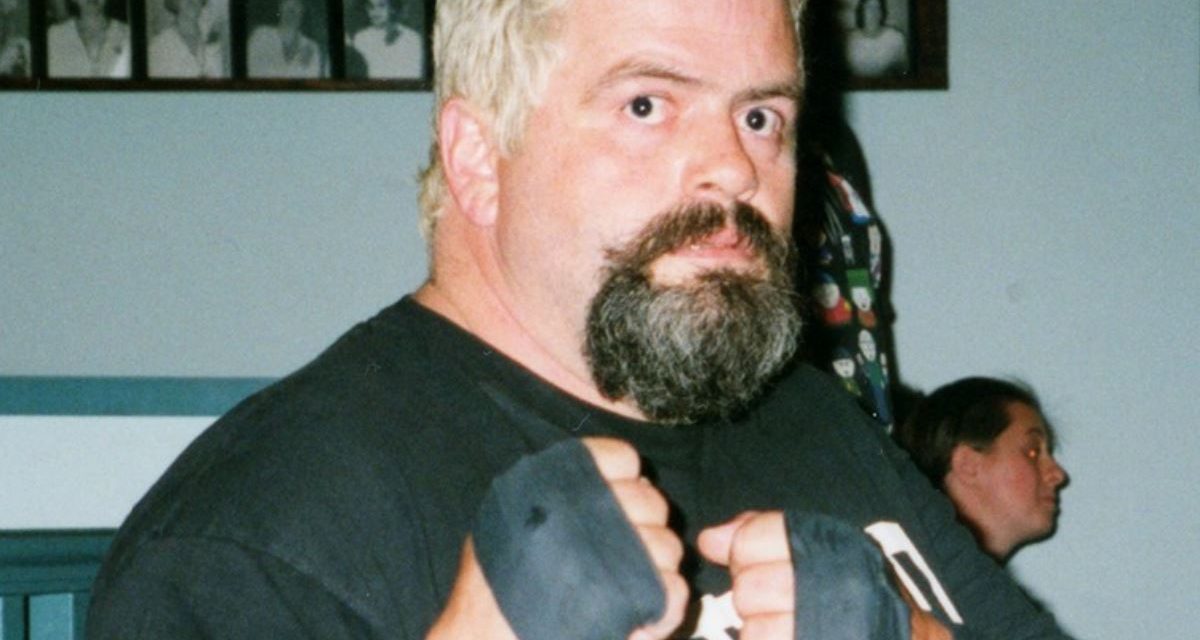 Wrestling retirements are notoriously short-lived. For “Loverboy” Johnny Canuck, it’s been a year and a half since he called it quits, and a lot has happened since then. But Friday, he returns to the ring in ECCW to face off with G.O.D., at the request of HTM.

The last time West Coast wrestling fans got a chance to see John Collins/Johnny Canuck it was March 18, 2005. On that day, Canuck wrestled what he said was his final match, teaming up then with “Gorgeous” Michelle Starr to take on the team of Disco Fury and The Honky Tonk Man at Bridgeview Hall in Surrey, British Columbia for the Extreme Canadian Championship Wrestling promotion. Canuck and Starr made up the notorious team of G.O.D., or Glamour Order of Discipline, a duo that had spent much of the past decade bringing fans to their feet with their extreme and over-the-top antics that were as controversial as anything in the wrestling world. 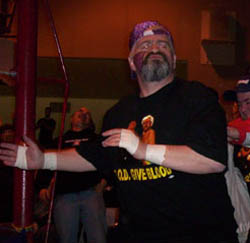 But John Collins/Johnny Canuck worked a day job as a longshoreman, a job that was eating up more and more of his time. With a family to support, he found he had less and less time to lace up his boots. So with a somewhat heavy heart, he announced his retirement and walked away after his victory that spring night in 2005, never intending to return.

That point — getting emotion out of the fans — was well received but it was a different point altogether that would bring this independent wrestling legend out of retirement. It happened during the latter days of ECCW’s Top Ranked television show when a “new and improved” G.O.D. was formed. This incarnation had Michelle Starr still but added Disco Fury and Vance Nevada to the mix. When Canuck learned of this “abomination”, it set him off just enough for him to contemplate a return to the ring.

“I was a little put out,” he said in a recent interview. “You know when you retire, they hang up your jersey, right? Well I don’t think they did that with me. They slighted me by coming up with this ‘new and improved’ G.O.D. To me, it wasn’t improved and the real Glamour of Discipline was me and Michelle Starr, not these other f’n jabroinis.”

He was annoyed that the sacrilege, to be sure, but it took a request from the “Greatest Intercontinental Champion of All-Time” to cement his decision to return to the squared circle. “I wasn’t expecting to come back, you know,” he said. “But I got a request from the Honky Tonk Man to help him deal with these guys so of course I jumped at the chance.”

The epic match is set to take place Friday, November 24th, at Bridgeview Hall in Surrey, B.C., where Canuck promises to put an end — once and for all — to the legacy that was G.O.D. “It’s the last time for me, baby,” he elaborated. “I’m back for this one time, and for this one reason only. These guys are parading around trying to be G.O.D. and they’re not.”

His decision to return to action is even more surprising when you consider some of the personal tragedy he has had to endure as of late.

A few months ago, John’s wife died very unexpectedly as a result of a blood infection that surfaced shortly after a much-needed liver transplant. Her passing came out of nowhere. “One day she was there, the next she was gone. It’s scary how it can creep up on you….on everyone. I could not believe I lost her. I still can’t.”

“It’s not every day you lose your wife,” he continued. “It’s been a bad couple of months for me. I was shocked. I don’t really know how else to say it — it was the last thing in the world I expected. But I think she wants me to come back to the ring because she knew this thing upset me. She wants me to put and end to this thing that has been bothering me.”

Collins freely admitted that wrestling was the “last thing” on his mind and that was he was not like many of the other wrestlers who “retire” only to return to action a few months later. “Wrestling may be hard to turn off for some people, but I couldn’t give a s**t about one last hurrah. This is just a personal favour to the Honky Tonk Man and settling a score of my own.” 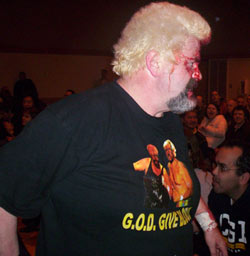 Which brings up an obvious question: is this really Johnny Canuck’s last match?

“I don’t intend to return,” he answered. “I don’t think of the old times and don’t watch the shows. Honky Tonk asked me to do a match with him so I figured it would be a good thing since there were a couple of things I wanted to straighten out too. It’s a privilege and an honour to get him to ask you to help him out. So this can’t do anything but help me.”

As for what fans can expect from the return of Johnny Canuck, Collins said it would be more of the same. One of his trademarks was his entrance, which routinely involved him coming down to the ring and eating food given to him by the fans. He’s willing to do that again. “You might see some of that, sure, but that depends if anyone brings me some grub. You know me, I’m always looking for something to eat.”

But when the conversation turns to his opponents on the 24th, his tone turns somber and serious. “But the fans should save the food for those other guys ’cause I’m sure they’ll want a Last Supper.”

Johnny Canuck is back — for one night only — and it promises to be another extreme encounter, with all the hardcore — and hard to take — action that made him famous. “I hope the fans come out to see it one more time,” he said at the conclusion of the interview. “But if you’re gonna sit in the front seat, wear your raincoat. If the sight of blood bothers you, you better bring a hood.”