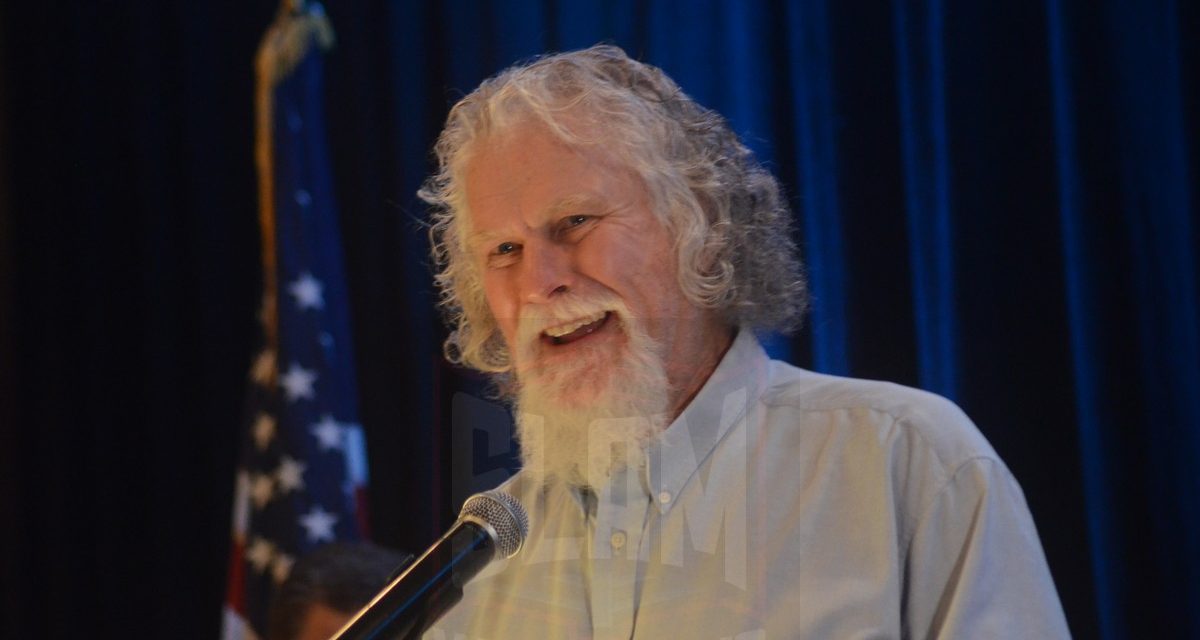 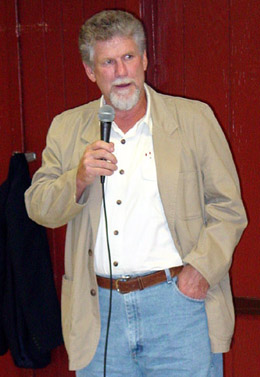 In one of wrestling’s most infamous mainstream incidents, Shults slapped Stossel during a 1984 segment on the 20/20 newsmagazine, a blow that led to lawsuits and has been the subject of wrestling chatter ever since.

A lot has happened in the intervening years. Stossel has hit the big time with two best-selling books and a prominent role at ABC, WWE CEO Vince McMahon stopped protecting the behind-the-scenes part of the business a long time ago and Shults has tracked down about 1,700 miscreants and fugitives from justice as one of the world’s foremost bounty hunters.

“John Stossel, if he’s around, I would kind of like to talk to him. I also heard that he would like me to come and apologize to him. Well, we know that’s not going to happen,” a still tough-as-nails Shults cracked during a rare public appearance last weekend.

Shults was the featured guest at a fund-raising banquet in Franklin Square, NY, for the Professional Wrestling Hall of Fame. The event, organized by Hall of Fame advocate John Pantozzi, brought together wrestlers, industry workers and fans to add to the Amsterdam, N.Y.-based museum’s coffers.

The crowd of about 80 included names such as wrestler-manager JJ Dillon, Davey O’Hannon, Gene “Cousin Luke” Petit, Missy Hyatt, Butcher Brannigan, Manuel Soto, Larry Dwyer and several others. They all agreed to take a back seat to Shults, who was a little leaner and a little grayer than Stossel might remember him.

Before he knew Shults had agreed to be guest of honor, O’Hannon said he recently was watching the beer-swilling Sandman on an ECW episode with one of his sons and offered, “if this guy was dumb enough to get in the ring with somebody like David Shults, it’d be all over.”

Hyatt said in brief comments that she was, “a Dr. D mark.”

Added former WWWF referee Billy Caputo, “he was probably one of the scariest wrestlers in the world — if you didn’t know him.”

Accompanied by Peggy, his wife of 37 years, Shults talked freely about his road from a tough Tennessee childhood to chasing down recalcitrant wrong-doers in Egypt and Puerto Rico. He said Stossel was unknowingly set up when he ventured backstage without McMahon’s permission to interview wrestlers. That prompted the, “slap heard ’round the world,” Shults said. “I did exactly what Vince told me he wanted done … It was all set up to teach John Stossel a lesson. I guess he was taught a pretty good lesson.”

Shults also took some glee that Stossel — who allegedly settled a lawsuit against the then WWWF for more than $400,000 — goes on at length about the incident in one of his recent books.

“Can you imagine a guy 23 years in a career come out and the greatest thing that ever happened to him is he gets slapped to the ground twice. Just think, this is amazing … that’s all he can brag about,” Shults laughed.

Dinner organizers said they contacted Stossel’s office to see if he might stop by the event, but were told his fee for such appearances is $20,000.

Shults wrested for a few more years after that, but believed that McMahon had put him on the “too hot to handle” list, costing him some good paydays.

That’s when he went into the bounty hunter business. He worked for about 15 years doing dirty work for the Drug Enforcement Agency, the FBI and local police departments among others. Some of his prey recognized him from his wrestling days, he said.

Before the dinner, Shults taped a long interview with RF Video for later release, but insisted that the operation first donate $500 to the Hall of Fame.