McMahon DVD a hit despite misses

To campers, it’s the process for making marshmallows taste all that much better. To fancy diners, it’s one of the top meat meals you can have.

But to men like me, who are set to be married, roast is a totally different word. To us, roast is sitting back, watching those close to you tell the tale of the most important moments in your life and, at multiple points, make a total mockery of them.

That is the best way I can describe the new WWE DVD, simply titled McMahon. 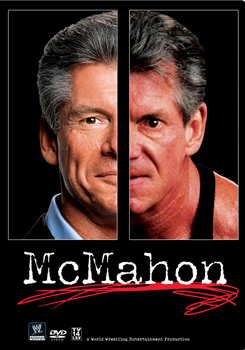 The new two-disc set is easily one of the most memorable compilations in the WWE Home Video library. Devoted to Vincent Kennedy McMahon, the DVD is a cleverly done expose of his career, and really his life, in wrestling.

Like in a roast, Vince’s high points are thoroughly discussed — and rightfully so. After all, he did do a lot in changing the wrestling landscape by taking the World Wrestling Federation national (which is helpfully illustrated early on with a map showing the various territories pre-nationalization), he defeated WCW when all seemed hopeless and, like it or not, has created one of the most interesting characters in wrestling’s history — Mr. McMahon.

Now this is when the roasting begins.

Quite possibly the most entertaining segment on the entire DVD is when many of WWE’s top stars, including John Cena (I’ll leave you to your own jokes), comment on Vinnie Mac’s wrestling ability. They absolutely rip McMahon to shreds here, with far worse comments than those flung during the Ultimate Warrior DVD.

Elsewhere on the DVD, outside of the documentary, you’ll find a funny compilation of the WWE stars commenting on, and imitating, Vince’s power-strut. Honestly, it’s quite funny watching the Superstars and Divas mock the boss.

But if there was any one moment that will come as a “did he just say that” moment, it’s another part of the time-honoured tradition of the roast — that being the so-called innocent bystanders who get hit with a couple zingers. In this case, Linda McMahon gets hit by her Genetic Jackhammer, who openly and freely admits that Linda, well, doesn’t have a good presence on television.

Of course, there are some deeper moments as well. There is an interesting discussion of one Stephanie McMahon and Triple H’s relationship and how Vince reacted to the whole situation. As well, the XFL is discussed in pretty good detail, and there is some interesting talk, surprisingly, about the Brand Extention. Of course, some wrestlers share opinions about how bad an idea it was, but Vince defends this decision, as well as the XFL, to the hilt. It almost makes you thirsty for Kool Aid.

As one would expect, certain things are glossed over or are just flat-out ignored. The DVD barely touches, for example, on the steroid scandal, while we don’t get any real discussion on the WBF or the attempt to promote boxing. What I also would have liked to have seen would have been a discussion on going to pay-per-view, because as much as anything else, that was one of the true money-making turns WWE made.

There are a few other topics I want to touch on, in brief:

Along with the doc, we get deleted scenes like the aforementioned Power Strut moment and a great story about McMahon’s love of motorcycles. Of course, we also get a variety of matches. While they may not be five-star classics, there are some decent inclusions here as well.

The bottom line, to me, is this — if you go into this DVD holding an attitude that it’s an ego stroke, that it’s Vince talking about all his successes, then you won’t like the compilation, no matter what I or any other reviewer says.

Instead of holding this point of view, I highly encourage you to take a look at the DVD for what it truly is — a decent, semi-autobiographical look at one of wrestling’s most prominent figures. This was truly one DVD that you will want for your permanent collection.