The Rock hints that ring career is finished

What has been the fear of WWE fans for the last couple years looks like it is now a reality — The Rock appears to be finished wrestling.

In an interview with SLAM! Wrestling, The Rock, real name Dwayne Johnson, said that he did not have an immediate interest in returning to the squared circle, a stage that he called home before launching his movie career.

“I don’t really have the itch to go back,” Johnson admitted.

Johnson first entered the then WWF in the mid-1990s as Rocky Maivia. Described as a “blue-chipper” by Jim Ross, Rock was one of the first third-generation wrestlers in the genre’s history. He chose his name based on his father (Rocky Johnson) and grandfather (Peter Maivia) and would soon represent his lineage well by winning the Intercontinental Championship.

Johnson’s initial run, however, was not well received. Eventually, he would be re-packaged with a new attitude. As a member of the Nation of Domination, fan-friendly Maivia evolved into the cocky Rock and never looked back. He would go on to hold the Intercontinental, Tag Team and WWF/E Heavyweight Titles and cement himself as one of the top names of Attitude Era in the WWF.

Entering the new millennium, Rock’s charisma was not only attracting fans, but Hollywood as well. After a couple guest appearances on the TV shows That 70s Show, The Net and Star Trek: Voyager, as well as a small roll in the 2000 film Longshot, Johnson got his first major role in The Mummy Returns in 2001. Rock’s appearance was deemed a hit, and the third movie in the Mummy series, The Scorpion King was soon announced, with Johnson in the starring role. 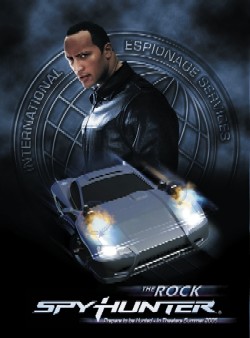 At that time, there was much talk that Rock would be leaving pro wrestling to work exclusively in Hollywood. At a press conference in September 2001 for WrestleMania XVII, Johnson addressed his status in the WWF. When asked by SLAM! Wrestling about a full-time movie career, Johnson commented that, “I’m not too sure, in time we’ll see. As a person, personally and professionally, we look for growth. I definitely look for that.”

In truth, it didn’t take long for Rock to slowly pull back from wrestling. After his WM XVIII bout with Hulk Hogan, Rock’s WWE appearances lessened. After losing the Heavyweight Title to Brock Lesnar at SummerSlam, fans only began to see Rock sporadically. Though he would return for a stint to battle Hulk Hogan once again, as well as a run with Steve Austin, culminating in a WrestleMania IX bout, and with Bill Goldberg, Rock would begin to make one-shot appearances, the last of which occurred during the 2005 Diva Search.

Now, Rock seems destined to be on permanent leave from WWE. He has had a string of movies since Scorpion King, including The Rundown, Walking Tall and Doom among others. According to the Internet Movie Database, Johnson has five projects currently in development. Among those are the long-awaited Spy Hunter movie, which is preceded by a new video game title which Rock is doing voice-over work for. He is also extremely excited about Gridiron Gang, based on a true story of a probation officer who was able to bring kids from a youth jail together to form a football team.

“Every once in a while a movie comes along that’s not your big $150-million dollar War of the Worlds budget type of movie,” Rock said in describing the motion picture. “It’s a movie about hope for kids that lost their hope long ago.”

Though he appears to be finished in the world of wrestling, Rock does show signs of missing the squared circle. “When I see events coming up like WrestleMania, I get excited for those guys because I know what’s going to happen,” Rock said.

Truly, that excitement Johnson feels for those inside the squared circle is met on the outside of the ring, by the millions (and millions) of Rock’s fans who hold the hope that one day, the Rock will come back.

– with files from Greg Oliver and imdb.com