Celebrating the acting oeuvre of Jesse The Body

Jesse Ventura’s movie career would begin when he took some time off from WWE post-Wrestlemania in 1986 to appear in the sci-fi action flick, Predator, also starring a fellow future governor Arnold Schwarzenegger and Carl Weathers (who played Apollo Creed in the Rocky films).

The film was the first studio film directed by John McTiernan who went on to direct the first two Die Hards, The Hunt for Red October and the Rollerball remake (which featured Shane McMahon and Paul Heyman in small roles). Predator tells the story of a team of commandos who head to Central America and come face to face with a killer alien. Legendary horror movie special effects artist Stan Winston designed the Predator monster that gave the film its name. Predator was released in June 1987 and grossed nearly $60,000 USD and was reviewed by Leonard Maltin as being a “solid, suspenseful action film.” 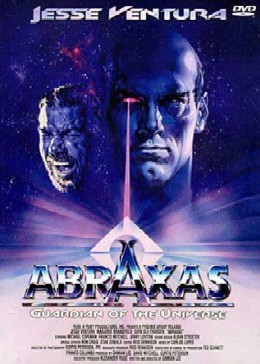 Ventura’s role, as Blain, turned heads for his great dialogue (including “I ain’t got time to bleed” which became the title of Ventura’s autobiography) and massive machinegun. Wire service writer Michael Fleeman, in a post-election review of Ventura’s films, referred to Jesse as “the baddest of the bad-attitude mercenaries,” and said that Blain offered “the meaty actor his meatiest role.” Sadly, Ventura’s Blain meets his end at the hands of the alien, but the role itself gave Jesse a much needed foot into the door of the film industry.

Predator was not the last time that Ventura and Schwarzenegger would work together. They teamed up again in the film The Running Man, another sci-fi action film that Roger Ebert of the Chicago Sun-Times dubbed “an arcade game for the big screen.” The Running Man was loosely based on a Stephen King novel and was directed by actor-turned-director Paul Michael Glaser (The Cutting Edge and The Air Up There) who replaced the first director, Andrew Davis (who went on to direct Under Siege and The Fugitive). Another pro wrestler-turned actor, Professor Toru Tanaka, also appeared in the film, as Subzero.

Ventura plays Captain Freedom, a former champion of the television show that Schwarzenegger is forced to play. Freedom even seemingly defeats Schwarzenegger’s character, although it’s all a ruse to fool the audience (the audience in the film, that is). Fleeman stated that The Running Man allowed Ventura to “show his comic and gentler sides.”

Ventura’s next role was a smaller and less prolific than his first two. It came in Hulk Hogan’s starring vehicle, 1989’s No Holds Barred. Jesse was billed as, ironically, “Commentator #1”. Savaged by critics, No Holds Barred was called “charmless, stupid and badly made” by Richard Harrington of the Washington Post.

Ventura would also appear in 1989’s Canadian-made film Thunderground as “The Man”, a mythical tough man fighter that the film’s protagonist (played by Paul Coufos) travels across the United States in order to compete against. Directed by David Mitchell (who later produced Ventura’s Abraxas: Guardian of the Universe), the film also starred Canadian Margaret Langrick of My American Cousin and American Boyfriends.

Ventura would, in 1990, make a cameo in the parody Repossessed, dubbed “painfully unfunny” by Fleeman. The film starred Linda Blair, spoofing her own role in The Exorcist, and also featured Ned Beatty and Canada’s own Leslie Nielsen. Ventura would appear as himself and join fellow WWE commentator Mean Gene Okerlund as commentators for, of all things, an exorcism.

In 1991, Ventura had a bit part in the thriller Ricochet. The film, directed by Russell Mulcahy (best known for directing music videos and TV/cable films including the 2005 biopic 3: The Dale Earnhardt Story as well as 1986’s Highlander), stars Denzel Washington who finds himself framed for murder by a sadistic criminal (played by John Lithgow) he arrested years earlier. Ventura played Chewalski, a fellow inmate who meets his end at the hands of Lithgow’s character. In his 2006 Movie Guide, Leonard Maltin called Ricochet a “slick, well-cast, occasionally ugly urban thriller.”

That same year, Ventura was given a starring role as the title character in the B-level sci-fi film Abraxas: Guardian of the Universe. In the film, Ventura’s Abraxas is sent to earth to stop a renegade (played by Sven-Ole Thorsen of Kull The Conqueror and Gladiator) who impregnates an earthly woman in order to produce a child with the power to destroy the universe.

Said to be influenced by the Jack Kirby comic The New Gods, this Canadian-made film was directed by Damian Lee (who later directed “Rowdy” Roddy Piper in 1995’s Terminal Rush and Charles Bronson’s Death Wish V) and featured James Belushi in a small role.

In addition to working with Arnold Schwarzenneger, Ventura also worked with another action movie star in Sylvester Stallone, when he had a bit part as a Cryocon in the 1993 film Demolition Man, which also boasted a cast that included Wesley Snipes, Sandra Bullock and Denis Leary. The film, referred to as a “Frankenstein of action thrillers, since it’s stitched together out of pieces from better movies” by Peter Travers of Rolling Stone, grossed $58,000,000 US.

In 1993, Ventura had a bit part in the film Living and Working in Space: the Countdown Has Begun. An educational comedy comprised of various sketches showing what life could be like in space, Ventura was billed as “DMV Testee”. The late Pat Morita, Kathy Bates, Esai Morales and “Weird Al” Yankovic also appeared in the little-known straight-to-video film.

In the 1994 film Major League II, Ventura would have a most unique role. Jesse played himself as an actor, being the co-star to Willy Mays Hayes (Omar Epps) in the action movie-within-a movie Black Hammer, White Lightning. Ventura never made a proper appearance in the film and is only seen as Hayes and Jake Taylor (Tom Berenger) watch a clip of the movie on television.

In 1997, Ventura worked with friend Schwarzenegger again, this time with a bit part as an Arkham Asylum Guard in Batman and Robin. The film, directed by Joel Schumacher (who had directed 1995’s Batman Forever), also starred George Clooney, Uma Thurman and Chris O’Donnell in much larger roles, as well as fellow wrestler, the late Jeep Swenson as villain Bane. Ventura’s role in the film was small but Batman and Robin reigns as the highest grossing film (at over $107 million) of any in Ventura’s filmography.

Prior to his being elected Governor of Minnesota, Jesse appeared in the 1999 short film 20/20 Vision, as a marriage councilor named Buddy “One-Arm” Sanchez. The film was named “Best of Fest” at the 1999 Minneapolis/St. Paul International Film Festival. The film, in which Ventura’s character slaps a woman who comes to him for counseling, sparked controversy when it was submitted to the Sundance Film Festival, which ran at the same time that Ventura was set to take office.

Despite his more recent move to political matters, Ventura continues to appear in Hollywood films, his most recent role coming as a motivational speaker in the 2005 Johnny Knoxville film The Ringer. He also made cameo appearances in 2001’s Joe Somebody starring Tim Allen, the 2002 movie Master of Disguise, starring Dana Carvey and the 2003 comedy Stuck on You starring Matt Damon and Greg Kinnear.