As Sunday’s pay-per-view draws closer and closer, so to does the time for the “Fallen Angel” Christopher Daniels to rise above the ground once again.

This weekend’s Destination X event is highlighted by an Ultimate X bout, pitting Christopher Daniels against X-Division Champion Samoa Joe and AJ Styles. The bout, which will be broadcast on pay-per-view, will once again feature the three fighters battling for the prestigious title. 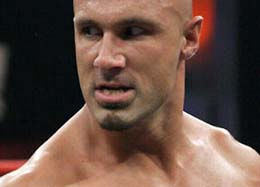 Unlike the previous bouts between these men, all of which have been applauded and been at match-of-the-year levels, the match on Sunday won’t be on the ground as much as it will be in the air. Past Ultimate X matches have been aerial marvels, with spots that amaze and dazzle audiences with their complexity and grace.

This has been the key to past Ultimate X bouts — that what you see is something truly unique. Daniels, during a conference call earlier this week, noted that it is unlike any other bout in wrestling, both in style and groundwork.

“It’s such a different match in terms of there’s nothing you do in a wrestling ring that will prepare you for hanging from cables like that,” Daniels remarked. “It’s a difficult match to prepare for.”

The gimmick match involves elevated poles at each post holding cables that literally form an X above the ring. The X-Division Title will be hung in the middle of the X, ripe for the plucking.

Before joining the Tennessee-based company, however, Daniels had almost always wrestled within the confines of the ring ropes.

“I had one cage match before I came to TNA,” Daniels noted. “Now that I’ve been in TNA, obviously, I’ve had a lot more cage matches. I never had anything before TNA that was as physically taxing as those matches.”